We've heard the self-proclaimed "Voice of Asian America," and it's apologizing profusely. SFist Jim stopped by yesterday's NAACP press conference with Amos Brown (.mp3 of his comments) and a shell-shocked Asianweek editor-at-large Ted Fang (at right), where Fang announced that "Why I Hate Blacks" columnist (and sci-fi enthusiast) Kenneth Eng had been fired from their publication.

However, the Asianweek editor in chief, Samson Wong, did not participate in the press conference (though SFist Jim reports that, contrary to the Chron reports, Wong was there). Fang refused to name the editor who'd approved the piece, and Fang would only say that their editorial process, by which Eng was permitted to publish not only his thoughts about African-Americans but also his rambling columns about why he hates Asians, Caucasians, and New York, was "under review." Asianweek then issued an apology statement, where they avow to promote diversity of opinion while not encouraging hate speech to celebrate the "auspicious Lunar New Year of the Boar."

If you're interested in reading a copy of Eng's editorial for yourself, SFist Jim reports that there are many issues still available. 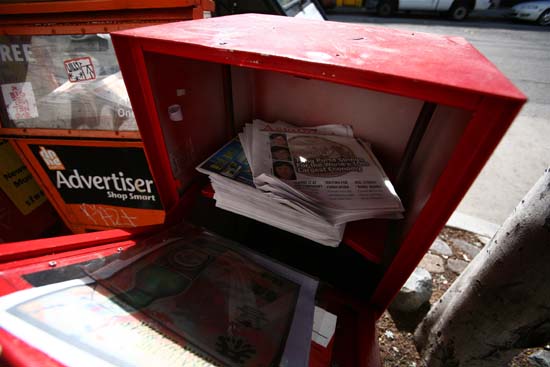 Also: why did the Chronicle's editorial page call him "Richard" Eng in the hard copy of the paper (corrected online)? At least Bad Reporter got Eng's name right. --- Okay, okay, we know

Please, for your sake, send Questions you want Answered to [email protected], and we will do our best to provide. That means you, Justin. Ahh, here we are: Q: A: It certainly