Actress Winona Ryder is selling a San Francisco home that many San Franciscans likely didn't know she owned — since she bought it at the height of her fame in the mid-1990s and isn't often spotted around town these days. 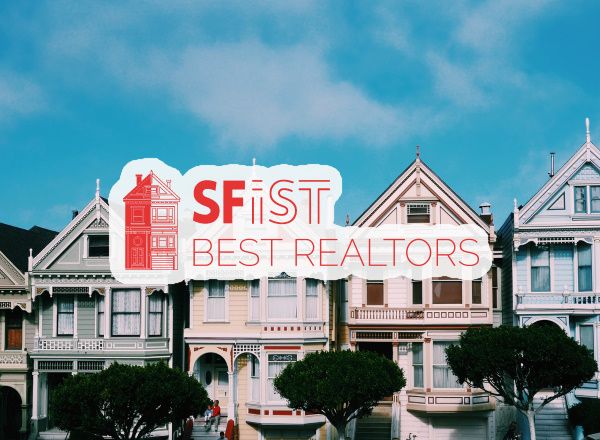 The three-bedroom, three-bath Dutch Colonial at 2526 Union Street in Cow Hollow, built in 1902, hit the market last week for $4,995,000. It is already "off market" according to Realtor.com — which estimates its value at $5.97M in the current hot market. If it in fact has sold for well over $5 million, it will mean that Ryder has cleared over $4 million in profit, after purchasing the house in 1995 for $1.3 million.

The house has stunning views of the Bay, the Palace of Fine Arts, and the Golden Gate Bridge, and features two decks, a back garden, and a garden-level media room. It also has a relatively modest, semi-enclosed galley kitchen.

Ryder grew up partly in the Bay Area, and her parents lived here until the mid-2000s — they reportedly decamped to Canada during the first George W. Bush administration. She was born Winona Laura Horowitz in Winona, Minnesota, and her father gave her the stage name "Ryder" after soul and rock singer Mitch Ryder. When she was seven years old, her family lived at Rainbow, a commune in Elk, California, in Mendocino County. They relocated to Petaluma when she was 10, and Ryder later attended Petaluma High School, graduating in 1989 after she had already achieved fame in the movies Lucas, Beetlejuice, and Heathers.

Before purchasing the Cow Hollow home, during her three-year relationship with Johnny Depp, Ryder was reportedly splitting her time between San Francisco, Los Angeles, and New York. 12 years ago, she sold her apartment on New York's Gramercy Park for $2.2 million, and she reportedly continues to live in a Los Angeles home that she bought in 1998.

It's unclear when she last spent any time in San Francisco — and unlike Julia Roberts, who is spotted fairly often in the city and who bought her own $8.3 million home in Presidio Heights earlier this year, Ryder has clearly kept a low profile when she's been here. (Back in 2004, SFist noted that Ryder was around here shooting the movie The Darwin Awards with Joseph Fiennes, which used long-gone Hayward bowling alley Holiday Bowl for a location shoot. The vacant former bowling alley was ravaged by a fire this past July.)

A 2017 profile on E! Online, published on the occasion of Ryder's comeback in Stranger Things, notes that San Francisco was where Ryder came to hide out after her very public embarrassment by way of a 2001 shoplifting arrest in Beverly Hills. That scandal kicked off a decade in which Ryder appeared less and less often in notable projects — and she spent at least part of the time returning to her education here in the Bay, having never gone to college. Per E!, she sat in on constitutional law classes at UC Berkeley, and studied some linguistics. Inspired by some of her studies, Ryder notably climbed into that redwood tree in Humboldt County with environmental activist Julia Butterfly Hill, who was living there in protest of its planned removal, sometime around 1999. She lasted six days there — Hill was up there for over two years, until December 1999.

These days, Ryder's career has been jump-started anew thanks to Stranger Things and this year's The Plot Against America on HBO.

But it looks like her days of hanging out in the Bay Area are behind her. For now.

Now as we're at least ankle-deep in a growing surge of cases in the Bay Area, it's worth remembering that San Francisco suffered its worst part of the last pandemic after the holidays, in January 1919, when a lot of people were sick of wearing masks.

San Francisco is still expected to move into the "Purple" tier this week (or today), Elon Musk just overtook Bill Gates as the second-richest person in the world, and California just broke its own record again for new daily COVID cases with over 20,000.