As we know, there's a buyer for pretty much any property in San Francisco, no matter the condition, no matter if it was gutted by fire or simply ravaged by time and neglect. Thus we now have this burned-out Bernal Heights teardown hitting the market for $799,000, and as Curbed shows us, the place is in a pretty awful state, the likes of which you'll need to hire hazmat-suited professionals to clean out before demolishing the place. 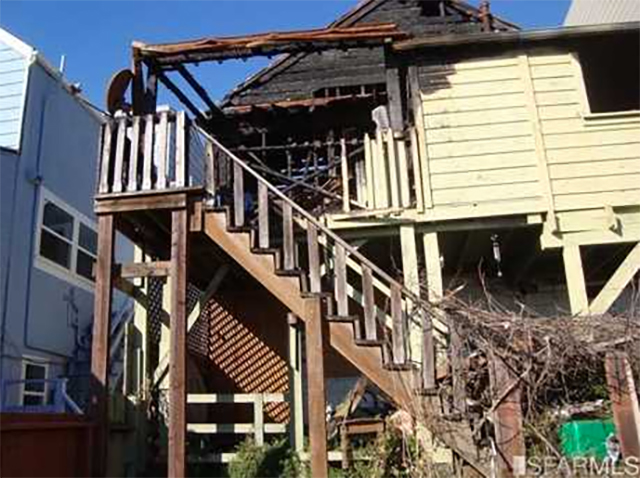 It's a one-bedroom bungalow at 121 Gates Street being listed by Coldwell Banker. Says the listing, "Contractors! Fixer! However, great location North of Cortland with all its amenities. Drone photo shows the potential for a beautiful view."

That drone photo appears to be this one below: 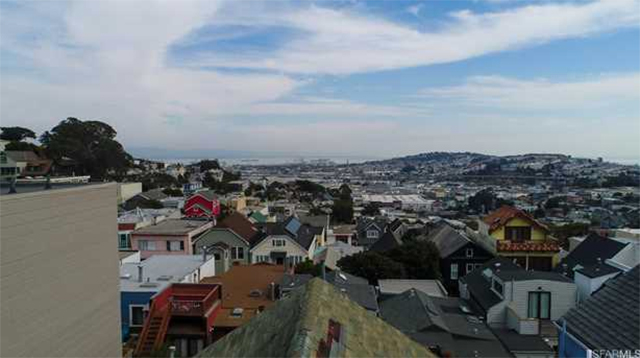 Bernalwood reported on the original fire, which they say burned for three hours in the early morning of July 8, 2016. A neighbor and Bernalwood commenter said she'd heard the fire was started by a wall heater, and that all the residents got out unscathed.

Since then, it appears the owners constructed a wooden fence around the blighted property, in lieu of making any repairs, and now it hits the market about fifteen months later.

It's unclear how much taller or grander a new owner might be able to make the property in this quiet neighborhood, but yes, just the dirt underneath it might be worth $800K in this market. Crazier things we have seen. Just as a contrast: This burned out shell of a home in East Oakland hit the market earlier this year for $100,000.

The 2018 Michelin Guide to SF Bay Area restaurants, which had been set for its annual big reveal two weeks ago, on October 12  including a scheduled release event at The Charter Oak

—
Yet Another SF Teardown, Gutted By Fire, Hits Market For $800K
Share this