Today we're kicking off a new feature called "Still Good," focusing on Bay Area restaurants that have been open a few years, or a few decades, and therefore may not have been garnering recent headlines the way they did when they were the new kids on the block. Nonetheless, these are restaurants that form the essential core of the Bay Area's dining scene, exhibiting the imagination and integrity of ingredients that make eating here great, and these places still deserve attention from locals and tourists alike.

I start with a place that probably doesn't need the extra accolades, given that it's still a tough table to get most nights, but which nonetheless should still be lauded for keeping its game strong. That is AL's Place, chef Aaron London's highly personal yet highly approachable neighborhood spot in the Mission which opened a full two and a half years ago. The restaurant is still riding the wave of national fame that came from being named Bon Appetit's Best New Restaurant in the country in August 2015, similar to the way State Bird Provisions continues to enjoy lines out the door for its walk-in seats five years after landing on Bon App's list, and winning multiple other awards as well, including a James Beard.

A recent family-style tasting menu experience  still one of the best deals in town at $67 per person  reminded me how London's restaurant continues to stand apart in its unique approach to vegetable-centric cuisine. The opening array of "snackles" is just the first example. It echoes the trendy practice that several other SF restaurants have pioneered in recent years, including Rich Table and The Progress, of beginning the meal with a selection of morsels that are meant to delight and foreshadow what's to come. At AL's place these include some delicious chickpeas "a la Catalan," served with a Romesco sauce; vadouvan (curried) almonds; and the signature brine-pickled french fries with smoked apple sauce. All of these are great hors d'oeuvres that pair well with the opening glass of Rimarts cava, but those french fries remain a uniquely delicious treat, the brining giving the potatoes some extra heft and depth that brings out their potato-ness, and adds a texture element to a familiar food that isn't usually there.

Next up was the restaurant's signature salad, a celebration of fresh baby lettuces that gets a pistachio crumble for additional crunch, and comes served with an avocado dressing on the bottom of the bowl, meant for dipping. Using your hands is encouraged with this presentation, and making lettuces into finger food has a way of letting you notice that these leaves have flavors that are meant to be appreciated on their own, not just by the fork-full. 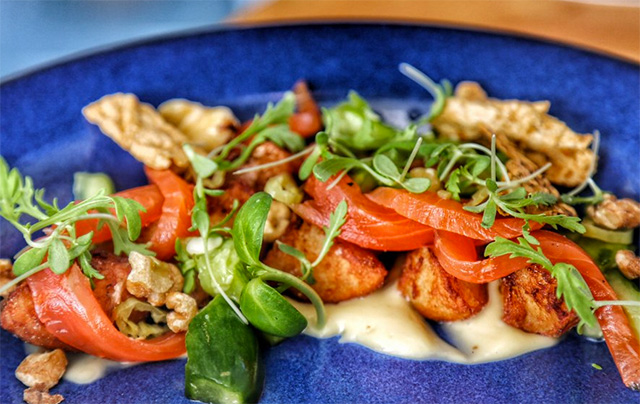 London's approach to vegetable dishes is consistent in this way  sometimes there's a fish or meat element, but for the most part the vegetables are allowed to speak for themselves, but not in a completely unadorned, Chez Panisse-ish, figs-on-a-plate sort of way. There's always some element of surprise and ingenuity that keeps your interest beyond the beauty of the produce itself.

A dish of lightly cured trout follows, draped over crispy fried hunks of potato on top of a sauce of "bashed" turnips and dressed with the flavors of bagna cauda. Next a simple dish of roasted beets with burrata, elevated with seeds and marinated apricots.

The "main" courses here always tend to the lighter side, but we were served another signature, the Thai-style green curry (which occasionally gets the addition of various seasonal elements) with a bit of black lime-rubbed cod and pickled green strawberries, served like a soup  it continues to be one of the finest examples of green curry in town. There were also grits served with goat milk curds, padron peppers, and pickled green tomato. And finally a meat course featuring hangar steak with smoked salmon tallow and "uni-balsamic"  kind of a unique twist on surf-and-turf. 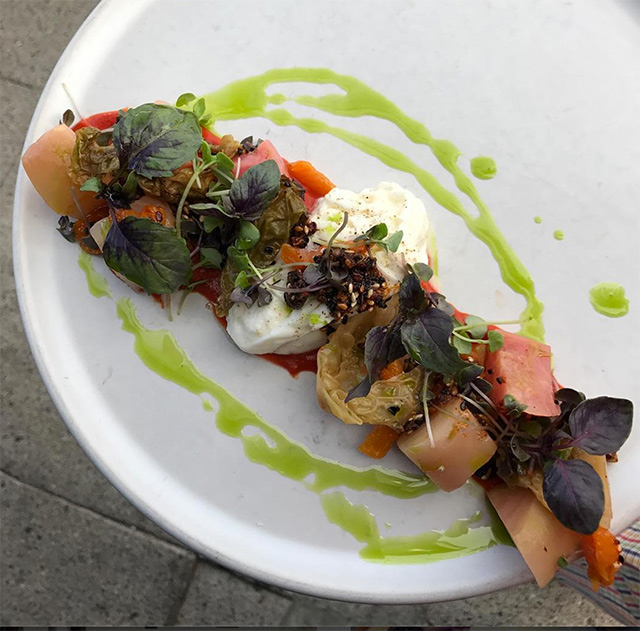 Desserts, too, are whimsical and delightful, especially the warm brownie with "Payday" filling, topped with peanut butter ice cream. It's a fittingly comforting and casual end to the meal, lacking in any pastry pretense  and you'll likely have room for it because this isn't a menu that overwhelms you with richness and fat, until now. 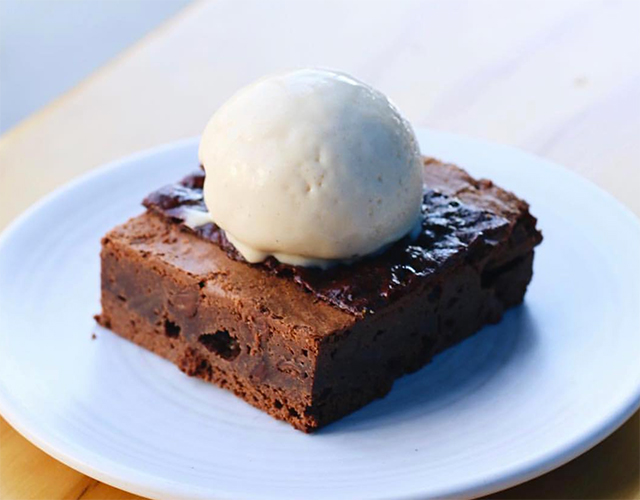 For budgetary reasons, SFist editors and contributors occasionally accept complimentary meals from restaurants and their publicists. More often, we pay out of pocket for our meals. While we mostly refrain from writing formal reviews, we make every effort when giving opinions about restaurants to be objective, and to focus more on food and ambiance than service in order to make up for any possible bias.

Linda Mar State Beach in Pacifica hosted the second annual World Dog Surfing Championships on Saturday. "How often do you get a chance to see a dog ride a surfboard?" spectator Toshio Hirano

SFist’s stance on deplorable teens is well-documented, so we were naturally intrigued to see a new Macbeth send-up that uses inadequately monitored teenagers as symbols of bloodthirsty ambition. MacBitch, playing through August