There are a ton of shiny, happy San Francisco events to take advantage of this weekend. Our carefully curated selection includes activities for animal lovers, film fans, and classy art types. Behold this particularly Instagrammable collection of events:

COLOR FACTORY: No doubt you've already seem images from Color Factory flooding your Instagram feeds. This (admittedly awesome and wonderful) interactive two-story art pop-up is the brainchild of the Oh Happy Day blog, with creative direction from Leah Rosenberg and art direction and design from Erin Jang. Each room in this Willy Wonka-esque attraction is inspired by a different color and encourages the visitor to get involved, be it drawing on the wall in the green room or diving into a sea of yellow plastic balls. Don't get left out of this social media masterpiece maker, it's a temporary treasure, albeit not a cheap one. The Color Factory, 575 Sutter Street, open every day except Wednesday through August, $32, kids 2-years-old and under are free.

WEIRD WEDNESDAY: The Beaver Trilogy is apparently a truly bizarre series of shorts that will be presented at the Alamo Drafthouse as part of the Tales of the Obsessed series. Directed by Trent Harris, one of these shorts features Crispin Glover and a very young Sean Penn, so strangeness is pretty much guaranteed. Alamo Drafthouse New Mission Theater, 2550 Mission Street, 9:30pm PT, $6.

ALI WONG: Comedian Ali Wong headlines the Masonic with a bunch of shows that are selling out really fast. There are still some tickets left to see Netflix's Baby Cobra star and also, we know you know how to get tix to sold out shows. If you miss Wong this week, she'll be back in town on August 19. Nob Hill Masonic Center, 1111 California Street, Wednesday and Thursday ay 7 p.m., Friday and Saturday at 7 p.m. and 9:30 p.m., $50+.

IRA WATKINS ART SHOW RECEPTION: Self-taught painter and muralist Ira Watkins has a gripping biography depicting a life that's mirrored in the 76-year-old's work. For example, "following a string of bad luck that included a crack-cocaine related arrest by an undercover cop dressed as Michael Jackson and a brief stint in prison for possession of a firearm, Watkins consciously shifted his attentions from self-destruction to painting." Now a famous artist with his own official day in his hometown of Waco, Texas, Watkins is bringing a collection of his work to the Tenderloin Museum. His pieces are said to change "current American social hierarchies and (breathe) a certain air of dignity and respect into otherwise marginalized groups." Following this reception, Watkins' exhibit will remain on display through October 11. Tenderloin Museum, 398 Eddy Street, 6 p.m. to 9 p.m., free.

SING ALONG MARY POPPINS: Belt "Chim chiminey chim chim cher-oo!" along with Dick Van Dyke and Julie Andrews as the Castro hosts another sing along. The Disney classic about a weird witch-like servant will be screened, complete with on-screen lyrics, goody bags and a costume contest. You know the drill. Castro Theatre, 429 Castro Street, Thursday and Friday at 7 p.m., Saturday and Sunday at 2 p.m. and 7 p.m., $11-$16. 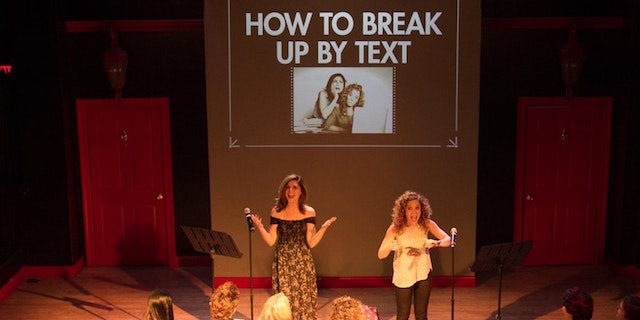 HOW TO BREAK UP BY TEXT: New York City-based comics Jen Jamula and Allison Goldberg will take actual break-up stories from the audience, including text screen shots, and turn it into a comedy show. Basically, audience members are voyeurs in the horrible online ends to real-life relationships. FUN! WeWork Mid-Market, 995 Market Street, doors open ay 6 p.m., show starts at 7 p.m., $12.

FOOTLOOSE: Movie Night in the Park returns to Dolores Park with the timeless tale of a young wistful Kevin Bacon illegally dancing in a farm. An inflatable movie screen will be set up at one end of the park for the night's festivities so attendees should arrive early to score prime picnicking and viewing space. Film Night in the Park (especially Dolores Park) is one of the great treats of San Francisco summers. Grab it while you still can. Dolores Park, "dusk," free.

JAPANESE PEACE LANTERN CEREMONY: The visually stunning 16th annual Peace Lantern Ceremony will take place at the north end of Berkeley's Aquatic Park. Celebrating world peace and planned around the anniversary of the dropping of the atomic bomb on Japan during WWii, guests may arrive early and construct their own peace lantern. At 7 p.m., survivors of the bored Japanese cities will speak, followed by Taiko drumming. At 8 p.m., the lit lanterns will be released onto the water during the official (and quite beautiful) ceremony. North end of Aquatic Park, Berkeley, 6 p.m to 9 p.m., free.

BRITNEY VS. CHRISTINA: Attend the Battle of the Pop Tarts as Oasis's MOTHER takes on Britney vs. Christina with a tribute show to these two divas. Enjoy performances from Heklina, WooWoo Monroe, MGM Grande, Carnie Asada and many more and the nightclub is torn between two warring factions: the Spears people and the Aguilera people. Who will win? Britney bitch. Oasis, 298 11th Street, doors open at 10 p.m., show at 11:30 p.m, $10, no bachelorette parties.

DOGGIE WORLD: There is apparently a dog party taking place in Japantown during this weekend's Nihonmachi Street Fair! Local animal experts and adoption agencies will be on hand, as well as tons of opportunities to shop for fun pet products  but mostly Doggie World is a gathering of dogs and their fans. Be sure not to miss the dog pageant parade at 1 p.m. Japantown, Buchanan Mall, 11 a.m. to 5 p.m, free. 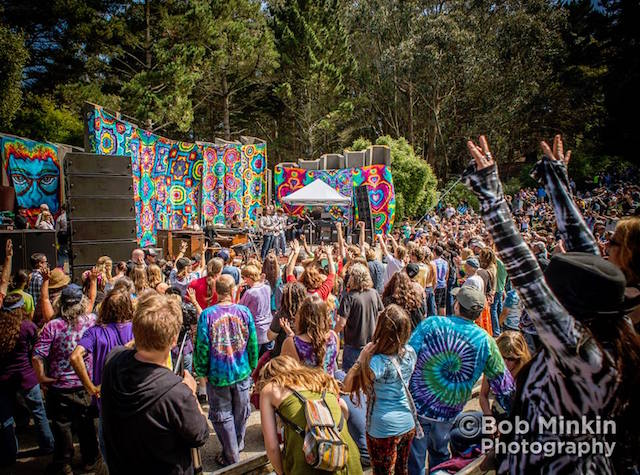 JERRY DAY: Celebrate the musical talent and overall local-ness of San Francisco native son Jerry Garcia at this 10th annual day-long tribute to the Grateful Dead frontman. The 700-seat Jerry Garcia Amphitheater (with hillside picnicking room for another 1500) nestled in the Excelsior District's McLaren Park will feature musical tributes, food trucks, a beer garden, and a lot of people in tie-dye throughout both Jerry Day. Guests are welcome to bring their own picnic and drinks. Jerry Garcia Amphitheater, McLaren Park, 45 John F. Shelley Drive, Excelsior District, 11 a.m., entrance is free but reserved seating starts at $100.

How To Break Up By Test (Image: Event listing on Eventbrite)

Maybe you felt a little safer with yesterday's news that the sinking Millennium Tower could withstand an 8.0 magnitude earthquake. But perhaps the more relevant question is ‘Can the building I live

The Wildlife Picture Index Project, a three-year-old effort that has placed semi-hidden cameras near trails all over Marin and Sonoma Counties, is actually a worldwide effort that uses modern technology to capture wildlife