The Wildlife Picture Index Project, a three-year-old effort that has placed semi-hidden cameras near trails all over Marin and Sonoma Counties, is actually a worldwide effort that uses modern technology to capture wildlife in ways that aren't always possible when people are around. Sorting through more than a half a million photos, volunteers in Marin have catalogued over 200,000 shots captured by the cameras both at night and in the daylight hours, featuring everything from coyotes and their pups, bobcats, raccoons, and foxes, to several species that researchers didn't even know lived in the county, including an American badger and a spotted skunk.

CBS 5 speaks to Mischon Martin who works with Marin County’s Department of Natural Resources and Science, who says of the project, "This is the first time it’s been used in North America and we are looking at how wildlife is doing and what it’s doing in our natural lands." 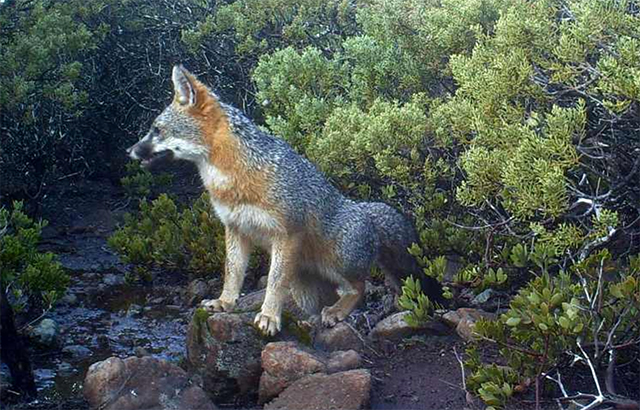 These photo-cataloging efforts  which Marin residents can volunteer to help with here  mirror some other projects happening in Sonoma County, like the Mountain Lion Project being conducted by researchers with Audobon Canyon Ranch. They were responsible for this rare video of three mountain lion kittens in their den, ten days after they were born. We now see one of the kittens (two out of three have survived so far) at four months old feasting on the carcass of a deer in the video below.

"There’s a reason for the preservation of open space," says Marin camper Scott Bullard, whom CBS 5 found out int he wild. "Any chance that we get to show the value of that is fantastic."


A gray fox via the Wildlife Picture Index Project

There are a ton of shiny, happy San Francisco events to take advantage of this weekend. Our carefully curated selection includes activities for animal lovers, film fans, and classy art types. Behold this

Fans of late-90s* rock act Queens of the Stone Age are in for some disappointment if they bought tickets for this year's Outside Lands with their set in mind: The band announced a