Every two years since 2005, the City of San Francisco performs a "homeless census" that is officially called the "Homeless Point-In-Time Count and Survey." The 2017 results were released a couple of weeks ago and at the outset, things looked a teeny tiny bit better than they were two years prior. We told you all about that here.

This year's 78-page census results from a count one night in January 2017 revealed that overall, the homeless population decreased by 0.5%, but a closer look at the numbers  as taken this past weekend by the Chronicle's Heather Knight  shows that San Francisco's homeless problem is as bad as it's ever been. 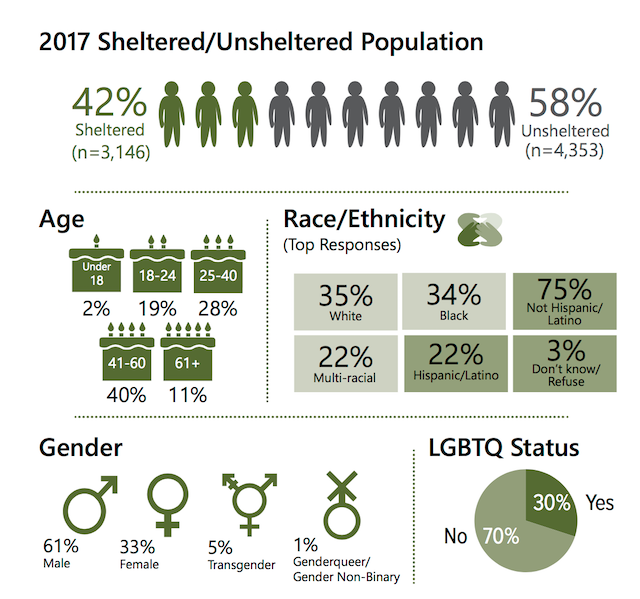 While the overall drop in homelessness is half of a percent, experts think that's due to the fact that homeless families and children are being moved off the streets together. Which, good. But the number of individual homeless adults on the street, which Knight points out are the most visible members of the homeless community, have increased.

In 2016, the call line 311 received five times as many calls about homeless encampments, discarded hypodermic needles, and human waste as it did in 2015.

Here are some hard numbers.

Dispelling the notion that the majority of those on our streets have drifted here from elsewhere to receive free services and food, 69% of the homeless population claim they lived in San Francisco housing prior to becoming homeless, and 55% say they've been homeless for a decade or more. 41% say that have drug or alcohol addiction, 39% claim mental health issues, and 11% say they have HIV or AIDS. As for how San Francisco's homeless population is spread throughout the city, 3,680 people live on the streets of District Six  which includes much of SoMa and the Tenderloin  far and away the district with the highest homeless population. 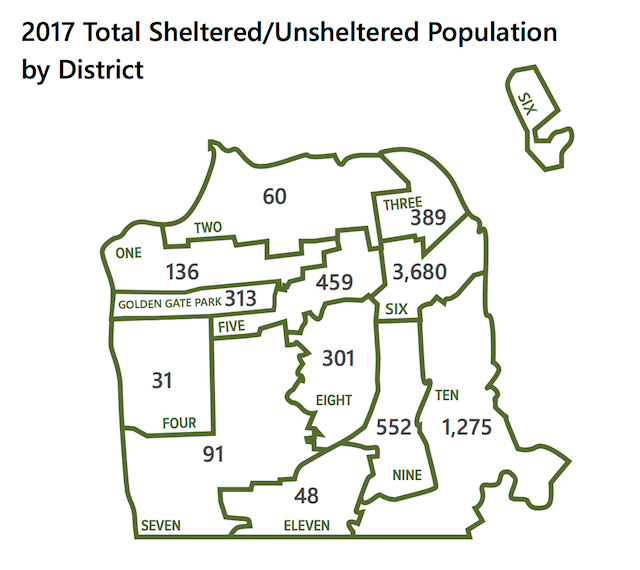 Also, as we look at these numbers, it's important to remember exactly who is (and is not) getting counted. Claims the report:

And the Chronicle has dug into the money numbers, noting "The city spent $275 million on homelessness and supportive housing in the fiscal year that ends Friday, up from $241 million the year before. Starting Saturday, that annual spending is projected to hit an eye-popping $305 million."

Jeff Kositsky, the director of the Department of Homelessness and Supportive Housing and whom you can read about here, is trying to stay positive in the wake of the 2017 census. Kositsky claims that since September, 11 encampments have been removed and only two of them popped back up. 70% of the people within those camps have moved indoors, thanks to outreach and services provided by the city. "Thirty percent wandered off, but that's a lot better than 100 percent. When you just go move people, that's what they do," said Kositsky. 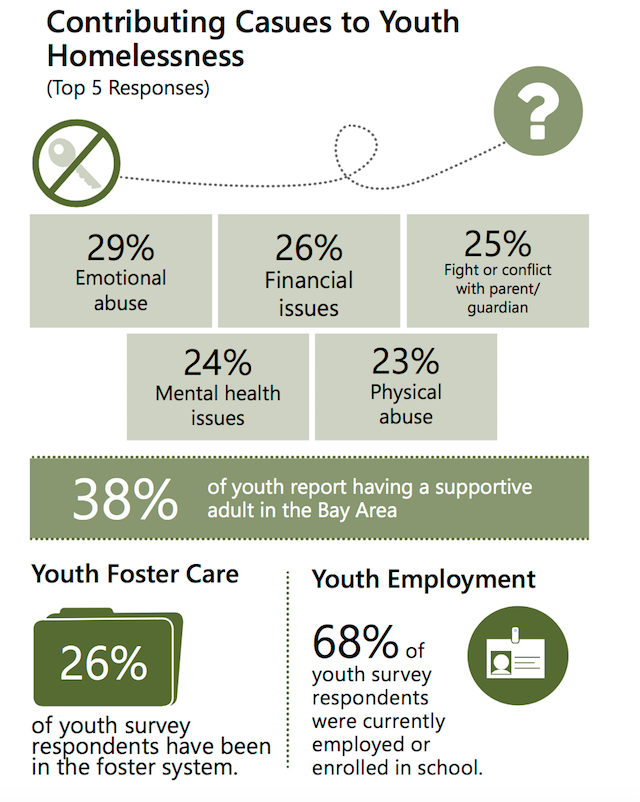 According to Knight, Nuru blamed the 2016 Super Bowl (which was held in Santa Clara and celebrated endlessly in San Francisco) as a possible cause of the increase in tent encampments. At that time, certain groups were worried that the homeless would be kicked out in favor of shining San Francisco up for visitors, so many gave members of the homeless community tents.

In his department's defense, Kositsky pointed out that when a homeless person is moved off the streets and into supportive housing, the public doesn't really notice it. "Our successes are invisible, and our failures to resolve a problem are very evident," he explained.

As for Neru, he echoed a sentiment that many newcomers and tourists have said about SF in recent years, speaking to the Chron: "It just hurts me to see a beautiful city like this."

Related: There Are Close To 1,500 Homeless Youth Living On San Francisco Streets

It's not everyday you get invited to fly a drone from the top of the tallest building in SF, but today was that day. @SalesforceTower pic.twitter.com/PSyq0rnfP9— Eddie Codel (@ekai) June

While tension and violence have marred a lot of demonstrations and celebrations around the world in the last year  most notably the Bastille Day massacre in Nice last year, and this past weekend's

—
2017 San Francisco 'Homeless Census' Reveals That Despite Numbers, Things Are Worse, Not Better
Share this