Take it from an experienced shopper: 70% off is a great deal on anything. For example, let's look at the case of the de Guigné estate in Hillsborough that originally hit the market for $100 million with a weird caveat attached.

Curbed brings us the details on the drama, which is pretty fascinating, if not a bit sad. Two years ago, the home's current owner, a 70-something gentleman named Christian de Guigné IV, wanted to sell his family's 47.4-acre estate for one hundred million dollars to a buyer who would let him keep living there until he died. And de Guigné didn't just want to bunk out in the guest house or anything. He figured that the seller could just move in when he was done with his family's estate (and this Earth). 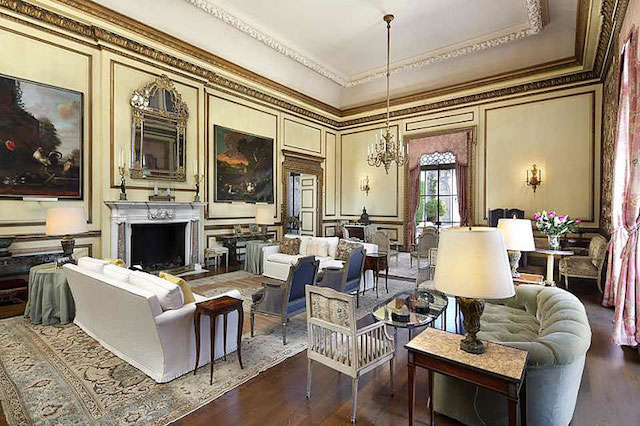 Neither the price tag nor the living situation was particularly attractive to any interested parties, so the estate was removed from the market. It was then placed *on sale* for just $39.9 million. And now, according to Socket Site, 891 Crystal Springs Road was finally sold seven months ago for $29.85 million.

The estate has a long, complicated history dating back 150 years, one filled with nasty divorces and opulent parties. The main part of the estate, de Guigné Court, was built by starchitects Bliss & Faville around 1912. It holds five bedrooms, seven full bathrooms and two half bathrooms, a ballroom, a flower arranging room, and a servants' wing with additional bedrooms. The pool and grounds were designed later by renowned landscape architect Thomas Church.

The estate has been in the de Guigné family for the entirety of its existence, and many of the interiors date back to the 1960s, when then owner Christian de Guigné III and his wife, Eleanor, hired famed decorator Anthony Hail to design them. The current owner, Christian IV, took over the estate with his wife, Vaughn Hills, of the Hills Bros. coffee family. When they divorced they tried to sell off the estate for future subdivision, but their plans were thwarted by environmentalists and neighbors. 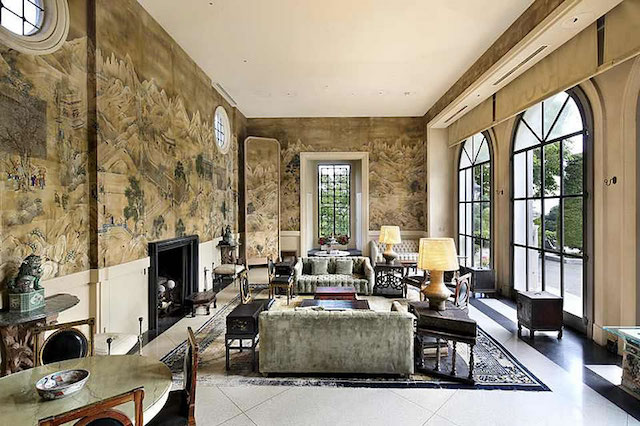 This description from the Mercury News is also telling:

De Guigné has struggled in recent years to maintain the lavish way of life to which he was accustomed, according to state appeals court records of his divorce about a decade ago from his wife, Vaughn. The two feuded over child and spousal support.

The couple maintained a staff of servants and took expensive vacations, records show, though neither worked, relying instead on Christian’s annual income from investments and a trust of $240,000. However, because household expenses averaged $450,000 a year, the husband sold off assets, such as an antique knife collection valued at $425,000, to make up the difference.

The Merc also gives us some much needed info on how to pronounce de Guigné: “Deh GHEEN-yay" while Curbed reveals  in a detailed history of the home's 150-year history  that de Guigné is also Danielle Steel's former boyfriend.

It's hard not to picture de Guigné as he sat on an uncomfortable chair inside his gorgeous, ice-cold mansion all alone, without his knife collection, and wondered why no one wanted to pay $100 million for the entirety of his family history and the pleasure of his tenancy. And now, another chapter of de Guigné's life has officially ended. He sold it all for 70%-off.

Related: Burned Out Shell Of A Home In East Oakland Hits Market For $100,000

No doubt, this year's SF Pride is going to be one for the books, if only because as the nation remains bitterly divided about its identity and its future. So in some part