Moulin Rouge in drag, a Rhythm Nation dance class, street festival-ing at Haight and Ashbury, very fancy wine tasting, and a memorial for the "Gay Betsy Ross": this week's event line-up is basically a Top 12 list of why it's so g**damn wonderful to live in the Bay Area.

KQED ARTS SALON: Bay Area artists like the talented Baruch Porras Hernandez, Juliana Delgado Lopera, Wonder Dave, and Protest Cakes bring their wit, wisdom and creativity to the Verdi Club stage in celebration the role of art and community in these insane times. The first 50 people through the door get a KQED tote bag (!) designed by artist Favianna Rodriguez. Verdi Club, 2424 Mariposa Street, doors at 7 p.m., show at 8 p.m., 21+, $10.


JUICY PARTY: Juicy is a brand new party for women every Wednesday night at OMG and this week is the inaugural soiree. Get yer groove on to a DJ set from MicahTron and enjoy "dirt cheap" drinks and a dirt cheap cover charge at this fresh-faced ladies' night. OMG, 43 6th Street, 9 p.m. to 2 a.m., $2.

GILBERT BAKER MEMORIAL: Celebrate the life of the artist who brought the world the rainbow flag. In 1978, Baker, the self-described "Gay Betsy Ross," hand-dyed and stitched together eight strips of vibrantly colored fabric into a rainbow flag. The artist and activist passed away on March 31st, and his life will be celebrated in San Francisco with a Celebration of Life and reception Castro Theatre, 429 Castro Street, 7 p.m., free but please register. 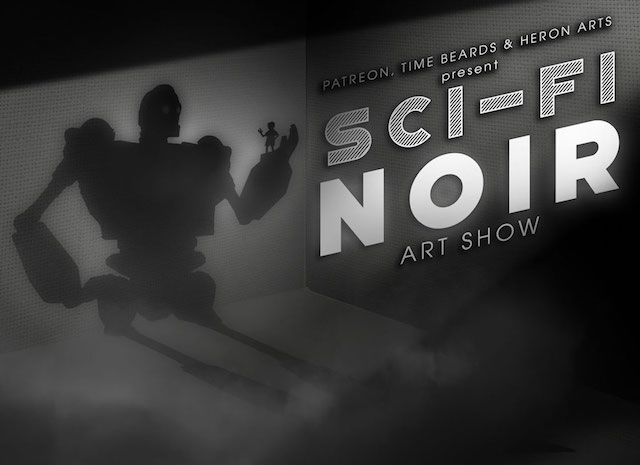 SCI-FI NOIR ART: Join Patreon, Time Beards and Heron Arts in a gorgeous gallery at the end of a SoMa alley for a night of pop poster art and soundscapes. The whole show will be inspired by science fiction and film noir - which will probably lend itself to some impressively-dressed attendees. Over 30 artists will cover the (very chic) walls of Heron Arts with their interpretations of dystopian futures - all inspired by science fiction films from the past 30 years. Heron Arts, 7 Heron Street, 7 p.m., free.

RHONE RANGERS: Wine snobs will want to head to the annual festival of ultra-classy Rhone wines at the Golden Gate Club in the Presidio. General Admission entry includes at least one tasting seminar and samples of over 400 wines, which might ease the sticker-shock. VIP packages include gala luncheons, super rare wine samples, and the awarding of a Lifetime Achievement Award to Sondra Bernstein of the girl and the fig. Golden Gate Club, 135 Fisher Loop, Friday and Saturday, 11 a.m. to 5:30 p.m., $60 to $325 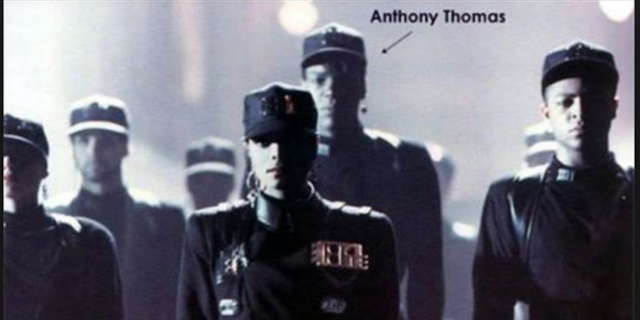 RHYTHM NATION MASTER CLASS: Janet Jackson's actual choreographer, Anthony Thomas, is coming to San Francisco to teach his MTV Award-winning choreography to Rhythm Nation. This 75 minute Master Class is open to dancers of all levels and student are asked to wear all black (and bring your own bottled water people.) Obviously, this is the greatest thing to happen EVR. Dogpatch Dance and Yoga, 435 23rd Street, 1:15 p.m. (and 3 p.m. if the first class sells out,) $60.

HAIGHT ASHBURY STREET FAIR: The Upper Haight's 40th annual street fair will be an especially special affair this year  because, in case you somehow haven't heard, it's the 50th anniversary of the Summer of Love. All the usual SF street fair accoutrements will be included: artsy vendors, food, entertainment, wandering down the middle of the street, etc. The Haight Ashbury Fair is surprisingly family friendly, so bring the kids and leave the stinky weed at home. Upper Haight Street, 11 a.m. to 5:30 p.m., free

BURNING MAN ARTS PREVIEW: Get a sneak peek at the projects local artists plan to bring to Burning Man 2017 - without all the sand and vegan cheese. The preview is also a great event to learn ways to get involved in Burning Man events are art year round. Gray Area Art + Technology, 2665 Mission Street, 6 p.m. to 9 p.m., $20 - $40.

A Santa Clara County jury has spared the life of 26-year-old Antolin Garcia-Torres by giving him a sentence of life in prison without the possibility parole. According to KRON 4, Garcia-Torres was convicted