It will be come as both a welcome haven for cocktail lovers on one of the rougher corners of the Tenderloin as well as one of the clearest examples of neighborhood gentrification in recent years. But with the debut of 98 Turk, a.k.a. Biig, the new upscale cocktail spot in what was once the extremely dive-y 21 Club at Turk and Taylor  and opened sporadically in recent months, from the team behind the tiny former TenderNob bar named Big  the neighborhood now has what appears to be its first reservation-only drink oasis since the opening of Bourbon & Branch and its interior Wilson Bar.

Hoodline has the word on the rebranding (though it seems as though the name Biig may be sticking around as well), which comes after a couple of months in which the bar was open only softly open at certain hours. Bar manager Ronnie Buders  who also served as co-curator of the Trick Dog Mural Project  says that the team is hoping to create an elevated and adult cocktail experience, something like what existed at Big but with a little more breathing room. 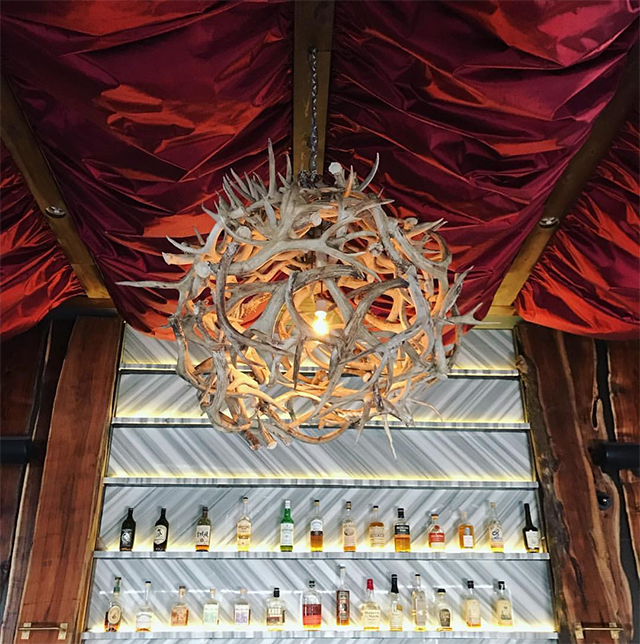 Guests can currently make reservations by email or via Instagram, or show up and buzz at the door and take your chances  possibly getting sent to another nearby bar until a seat opens up. Hours remain somewhat limited, with the bar only open Sunday, Monday, and Tuesday evenings until July, when they plan to open on Wednesday as well  Annie from the Biig team suggests they're doing to this build a clientele on nights when other nearby bars aren't open.

And like Big before it, it sounds like there's no menu, and bar staff will create bespoke drinks based on your mood, tastes, and spirit preferences. Buders explains to Hoodline that the host will serve guests water upon arrival and will be able to fix a simple Martini or Manhattan from a rolling cocktail cart to tide you over until a bartender can come and suss out your desires.

The process of creating 98 Turk/Biig has taken a fairly long time. It's been nearly two years, in fact, since the 21 Club closed and we first heard that the team of Jordan Langer and Peter Glickshtern, along with Ryan Hisamune and Ryan Melchianothe (who are also partners in Oddjob and SRO in SoMa, and Jones in the Tenderloin) were going to bring Big back to life in the space.

And as we discussed in our roundup of the city's best craft cocktail establishments last week, for such a tiny bar, Big gave birth to several other notable cocktail spots, including SRO, and Benjamin Cooper, where former Big bartenders Brian Felley and Mo Hodges took their talents in 2015.

Moulin Rouge in drag, a Rhythm Nation dance class, street festival-ing at Haight and Ashbury, very fancy wine tasting, and a memorial for the "Gay Betsy Ross": this week's event line-up is basically