Sunday night's episode of Silicon Valley was another winner for the continuously hilarious series, and one that had some of the series' characteristic comic twists involving the sometimes absurd pivots that tech companies must make as they chase venture capital [spoilers ahead!]. In this case, Jian Yang and Erlich's SeeFood startup, originally spun as "the Shazam for food," turns out only to be capable of identifying hot dogs and distinguishing everything else as "not hot dog." Via a funny moment in which Erlich uses the app to snap of a pic of his own genitals, one of the VCs at Raviga Capital  which, by the way, has its own fictitious website  Monica's rival Ed Chen, decides to pitch the app to Periscope as a bot that can filter out images of penises, and it's immediately sold for a major profit.

Now the crew has created, clearly with the help of some of their real-life engineer technical consultants, a downloadable version of the Not Hotdog app, which is live now in the Apple App Store, and according to The Verge, the thing seems to marginally work when it comes to identifying hot dogs and things that are not hot dogs  however in my own test for SFist, that was not the case.

While I did not have any actual hot dogs in my fridge, I did grab an item off the shelf to see if the app would be fooled, and I tricked it on the first try  so, IRL, Jian Yang's code may not be worth the millions that Twitter/Periscope paid for it on the show. 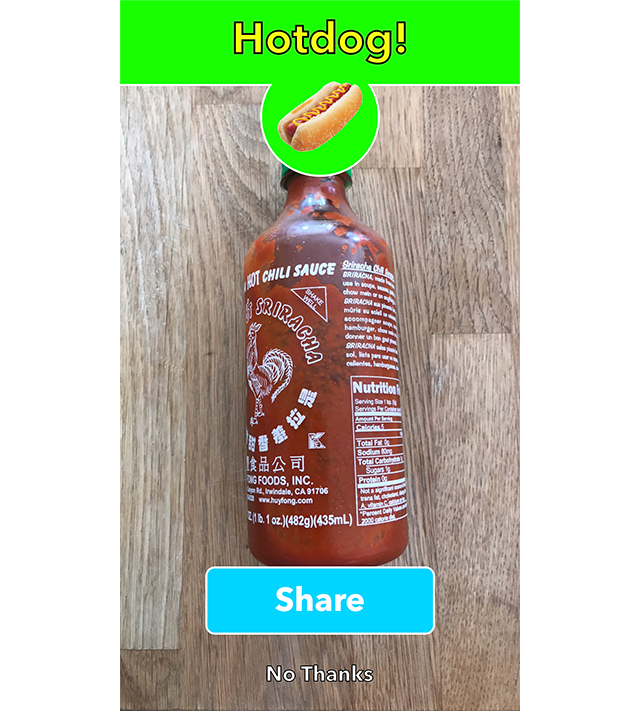 Consumerist notes that this is just the latest in a series of working apps connected to TV comedies, dreamed up by their marketing teams.

Real versions of fictional apps have happened before: Netflix developed an official version of the FakeBlock app from Arrested Development. The woodblock simulator is longer available, but there are unofficial alternatives still on various app stores.

A storyline on the Fox comedy Brooklyn Nine-Nine involved cops addicted to a Candy Crush-type game called Kwazy Cupcakes, which is still available, and surprisingly playable.

Go ahead, try to fake-out Not Hotdog for yourself!

The long and salty saga of the former Drakes Bay Oyster Co. site at Point Reyes National Seashore is shucking up another controversial chapter. The now-defunct oyster farm  who once provided nearly 40

Brace yourselves, cat people. A kitten was discovered clinging to the underside of a California Highway Patrol car as officers responded to the scene of an accident on I-880 Sunday morning. The officers