A publicity stunt and world-record attempt to build the largest order of nachos ever assembled was indeed successful on Saturday afternoon at SoMa StrEat Food Park, as the sprawling, 70-foot-long, 5,022-pound serving of nachos seen above opened up a No. 10 can on the previous world-record largest serving of nachos that had weighed in at 4,689 pounds. But the curious quirk of these new world champion nachos is, as discussed by a disgusted Eve Batey last week, that the chips used were not corn tortilla chips — they were Chirp Chips, which are made with ground cricket flour.

“More people in the world eat insects than speak English,” Chirp Chips co-founder Laura D’Asaro told SFist, noting that culinary consumption of insects is not only common worldwide, but also an exceptionally nutritious and sustainable practice. “As Americans we’re not used to the idea of eating insects.” So Saturday having been Earth Day, Chirp Chips donated more than 2,600 pounds of their crickety chips to get people munching on bugs and spreading the buzz about the more-protein-than-beef, more-calcium-than-milk benefits of crickets as snack food. 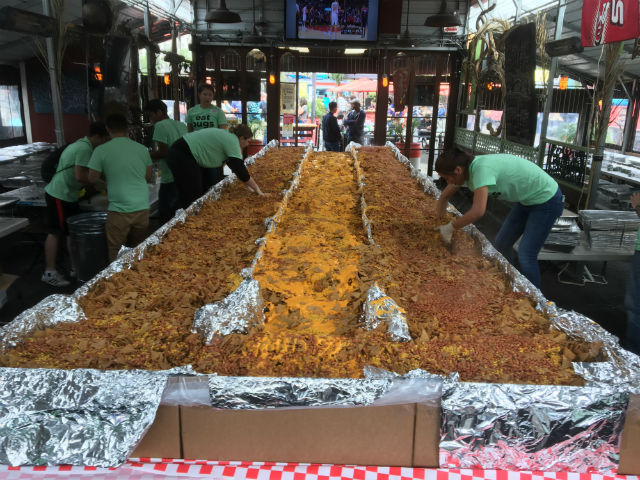 “When you’re planning to put down 5,000 pounds of nachos, you can’t really visualize what that looks like,” said Chirp Chips’ co-founder Rose Wang. But putting down 5,000 pounds of nachos is exactly what she and a team of two dozen volunteers did Saturday, slathering 1,200 pounds of nacho cheese, 800 pounds of refried beans, and 400 pounds of corn onto more than a ton of their Chirp Chips for a successful world-record attempt. While the effort broke a Guinness World Record, these numbers were verified by a separate world record organization called RecordSetter as there are apparently more than a dozen different record-keeping bodies that document world-record undertakings. 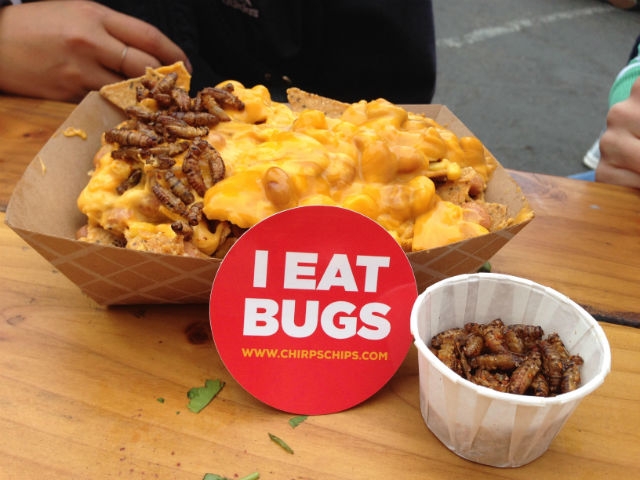 Your obvious question will be whether the cricket chips were completely disgusting, but I actually found them pretty indistinguishable from your standard Trader Joe’s or Whole Foods artisan tortilla chip. (Then again, I’m so freaky that I sprinkled mine with chili lime fried crickets for additional crunch. Lest you judge, chili lime toasted grasshoppers have been selling out at Seattle Mariners games lately.) As with most gourmet chips, the only notable difference in taste comes from the chips’ flavored seasoning — and the cricket chips certainly held their form well when gooped with liquid pump cheese.

“It looks like a chip, it tastes like a chip, but it’s got a lot more protein than whey protein,” D’Asaro told SFist. “Lay’s Potato Chips don’t have any protein at all. Ours has as much protein as an egg white.” 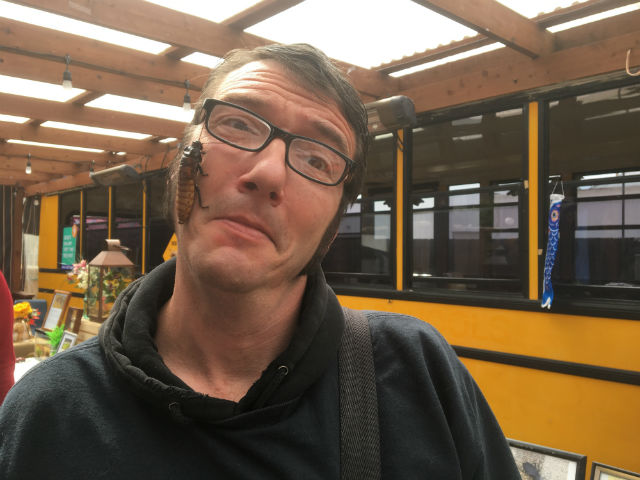 To further the Earth Day human-bug communion of the event, an Insect Zoo was set up so people could meet and greet the critters who are so popular as snacks in Africa, South America, and Asia. This Madagascar hissing cockroach crawling up my face is pregnant with about two dozen baby cockroaches, so I’m not about to whack her off me and eat her as a snack.

But this cricket consumption still begs the question — can vegetarians eat bugs, and still be vegetarians? “Crickets don’t really feel pain, you can’t hurt them,” on-site entomology expert James Ricci told SFist. “All their legs can fall off, they won’t really know the difference.” 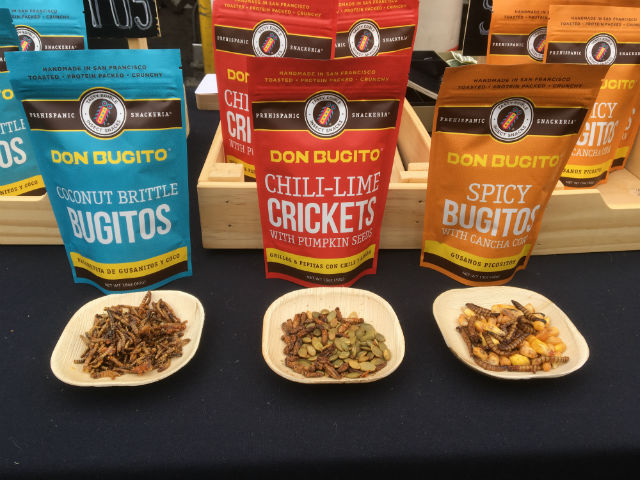 Andrew Brentano, co-founder of Oakland cricket farm Tiny Farms, argues that eating bugs is totally vegetarian-friendly. “A lot of vegetarians I’ve talked to are very open to eating crickets, because the reasons they’re vegetarian are related to sustainability or humane treatment of animals,” Brentano said. “We don’t have those issues on a cricket farm.”

“We’ve got amazing environmental footprint, we’ve got a very humane setup, we’ve got no antibiotics or hormones.” he continued. “All the things that are wrong with factory farming aren’t issues for insects, because providing them with the conditions they naturally really like are also the conditions that let us grow tons of them in a small space. They’re the perfect livestock." 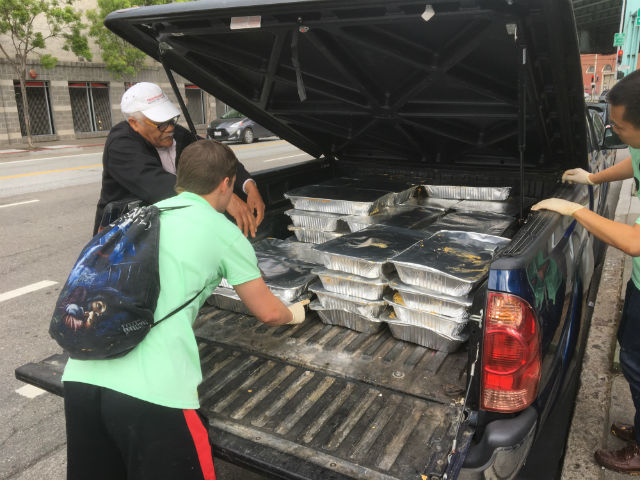 When serving more than 5,000 pounds of nachos, you will inevitably have some leftovers. In the spirit of sustainability and food-waste avoidance, Chirp Chips called upon local volunteer organization Food Runners who deliver leftover catered and restaurant food to neighborhood programs in need. And with that, a gargantuan amount of leftover cricket nachos was delivered Saturday night to Walden House and St. Vincent de Paul of San Francisco.

Every day is a dog fest in Duboce Park, a central green space where canines often outnumber humans. But an annual, more formal version of a typical Saturday afternoon in the park this

Tech world talk on Twitter yesterday was devoted pretty much entirely to a profile of Uber CEO Travis Kalanick by New York Times writer Mike Isaac, a persistent tweeter and thorn in the

—
World's Largest Nachos Successfully Breaks Record, Chips Were For Real Made Of Crickets
Share this