Every day is a dog fest in Duboce Park, a central green space where canines often outnumber humans. But an annual, more formal version of a typical Saturday afternoon in the park this weekend raised $125,000 for McKinley Elementary School, or $105,000 after expenses. That sum for the 10th annual Dogfest, a fundraiser for the nearby institution, came from carnival game tickets, merchandise, a silent auction, and more. 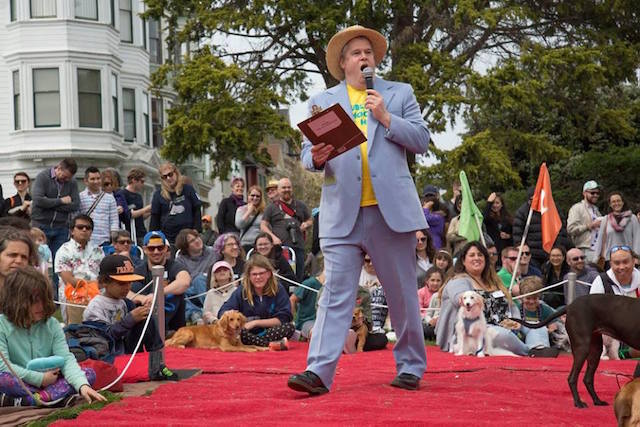 As in past years, an "Everyday Dog Show" was held celebrating non-show dogs for their looks, walks, costumes, and tricks. That was hosted by Daniel Handler, a.k.a. Lemony Snicket, the San Francisco writer behind the Series of Unfortunate Events books. Honors for best coat and best dog overall went to TülE the Komondor, above. TülE may have been the best, but in this writer's professional opinion, all dogs are good dogs — even this suspiciously large red one. 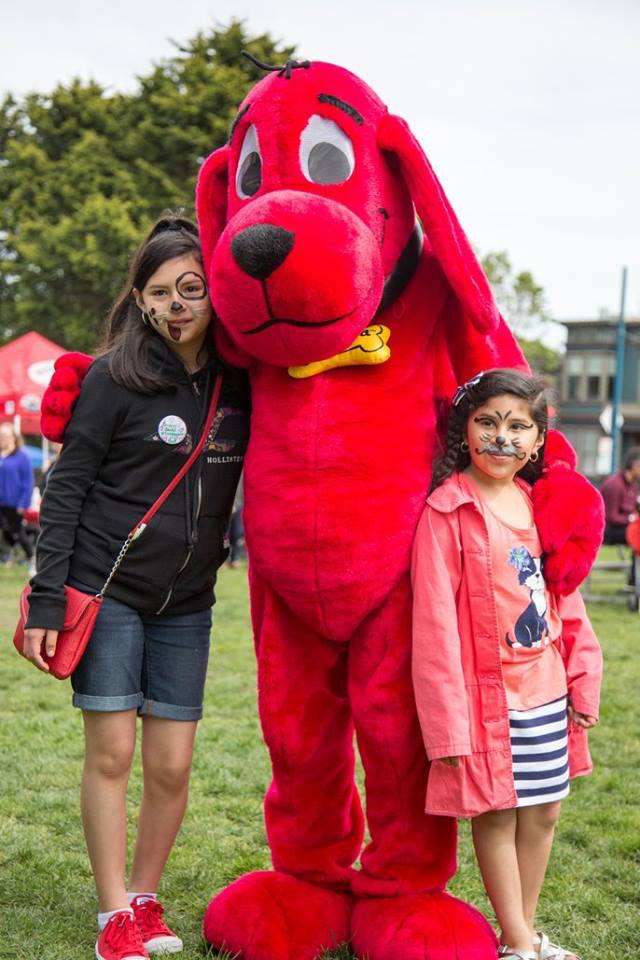 As an Examiner columnist recalled last year, Dogfest's main stage — Duboce Park — hasn't always been the canine sanctuary it is today. "Ten years ago, tensions, anger and accusations were the norm around Duboce Park," wrote Sally Stephens. "Harvey Milk famously 'accidentally' stepped in dog poop at Duboce in front of media cameras to drum up support for his pooper-scooper law," she remembers.

As the city began to designate off-leash dog areas, it was something of a battleground. The area's then-Supervisor, Bevan Dufty, formed a task force to discuss the idea, but excluded all advocacy groups from outside the Duboce Triangle neighborhood from the discussion. 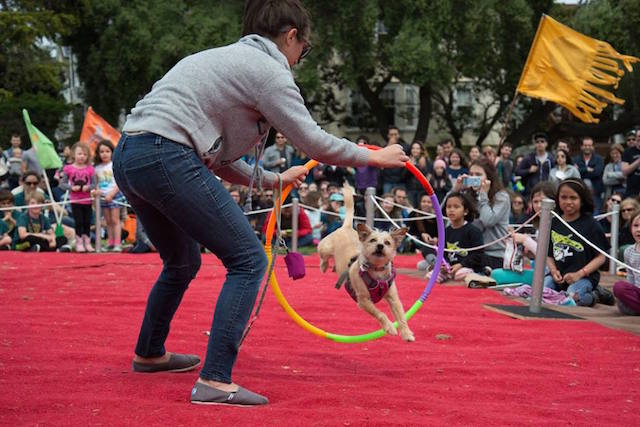 After six months, the group of locals managed to reach a workable compromise on a "Multi-Use Area" rather than simply a "Dog Play Area." And, at least according to Stephens, the real insight was convening that task force, which formed a "spirit of neighborly cooperation" that endured.

"When the PTA at nearby McKinley Elementary School was searching for a new fundraiser, they liked the idea of a school carnival, but one that also reflected the neighborhood that surrounds the school. Many Duboce neighbors had dogs and, coupled with the newly opened multi-use area, the PTA landed upon the idea of a celebration of dogs and kids."

Recently injured catcher Buster Posey was seen in an unfamiliar position Sunday as the Giants faced off in yet another disappointing game against the Denver Rockies: first baseman. As CSN Bay Area noted,

A publicity stunt and world-record attempt to build the largest order of nachos ever assembled was indeed successful on Saturday afternoon at SoMa StrEat Food Park, as the sprawling, 70-foot-long, 5,022-pound serving