The shoe-shine stand at Market and Sansome that was destroyed last August when a taxi jumped the curb and crashed into it has gotten a fresh replacement designed by an architect whose office is across the street from where the collision occurred. The new stand was installed earlier this week and had a reopening on Wednesday, which ABC 7 has footage of, and co-proprietor Susan Giammona was giving $5 shoe-shines to mark the occasion. (Usually shines start at $8.)

Architect Justin Beadle, principal at Thing One, provided his design services pro bono, and used some funds from a crowdfunding campaign for the materials, which include cross-laminated redwood. Beadle then brought in ten volunteers to build and install the new stand over the last two weeks. 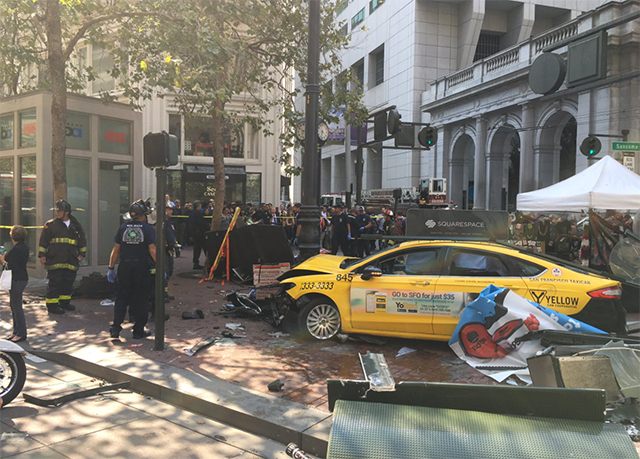 Still recovering from the crash is Giammona's co-owner Saleem Bey, 66, whom witnesses (and Giammona herself) saw go flying at the moment the taxi struck the stand. Both Bey and his homeless assistant Jaz were seriously injured and are still recovering, but Bey was able to attend the reopening ceremony on Wednesday. "They are doing fairly well but are not yet able to return work," Beadle tells SFist, "and [they] will [both] likely have ongoing complications for the remainder of their life."

Successful crowd-funding campaigns were launched for both men, and Bey's included funds to help rebuild the stand, which went to this project.

The stand attaches to a light post, and is a semi-permanent structure, or as Beadle described it to Curbed, "an occupiable piece of street furniture."

Stop by and get a shine from Giammona to show your support. 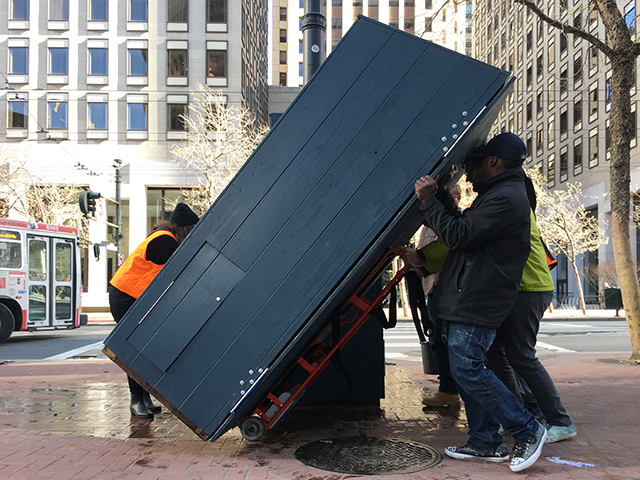 Photo courtesy of Justin Beadle/Thing One

Wednesday was International Women's Day, so it's the perfect week to release something like , a movie centered on three generations of women, one with the kind of face that doesn't get a lot

Perhaps wanting to take his ongoing Twitter war with the President to the Senate floor, former California governor Arnold Schwarzenegger may be mulling a run for Dianne Feinstein's Senate seat in 2018  though