Media Noche is so named for Miami's favorite late-night Cuban snack, and the new counter-service restaurant open today at 19th and Lexington hopes to make a name for itself with their own take on that pressed Cubano, a sandwich served on buttery brioche with ham, pork, Swiss cheese, pickles, and mustard.

This taste of Cuba, it bears noting, is heavily filtered through Miami and then San Francisco. Media Noche comes from owners Jessie Barker (Nopa, Tres) and Madelyn Markoe (Tacolicious, Tres, Boxing Room), and it's drawn along the fast-casual lines of recently popular spots like the Souvla chain and Barzotto. It's located in the former Radish space on 19th Street, a full-service, sit-down restaurant that closed last September and was snapped up by the Media Noche folks in October, with a menu — here — featuring smaller plates like melt-in-your-mouth croquetas, crispy empanadas, and ice cream "moon bars" for dessert. To drink, there's guava and Meyer lemon agua fresca, beer and wine, and sangria developed by the Wildhawk mixologists across the street, known for their cocktails that ranked among some of the best to emerge in the city last year. 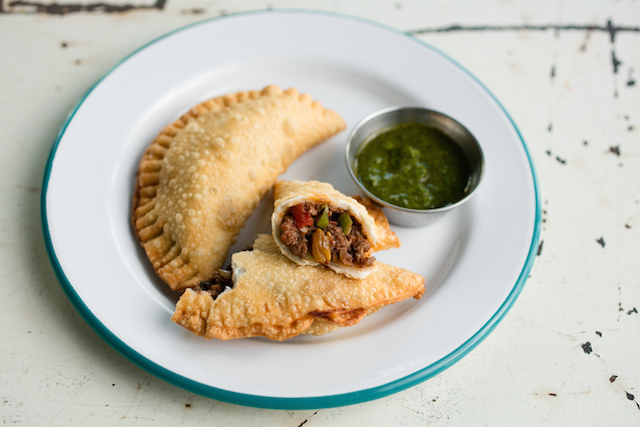 Serving up fun, gallery-chic and tropical vibes also makes the new spot au courant. This one will draw stares for its meticulous tile work and thoughtful color scheme from designer Hannah Collins (Flores, Beretta) that seems able to evoke Havana even on a foggy Bay Area evening.

The son of Earl Warren, the legendary California Governor and US Supreme Court Chief Justice, may not have presided over such progressive liberal decisions as Brown v. Board of Education, but Earl Warren

—
Media Noche, Serving Tropical Vibes And Cuban-Inspired Cuisine, Is Now Open In The Mission
Share this