"Things could be worse" is one of those sayings we've all been relying on more than usual lately, and it's certainly true regarding the National Park Service's new restrictions on bonfires at Ocean Beach. On the plus side, talk of charging for blazes was quashed last year, and there are now more spots to build fires than there were a few years ago. On the negative, those spots are pretty fucking ugly.

It's possible that when you visualize an Ocean Beach fire ring, you imagine pits like these artistic metal creations still on the National Park Service's site. But as ABC 7 reported back in 2014, those five pits, provided by Burners Without Borders, were to be replaced with ten larger circular pits, like the one you see here.

"Burners Without Borders did a great job making those but they weren't able to hold up to the elements -- Ocean Beach is unforgiving," National Park Service spokesperson Alexandra Picavet told ABC in April of 2014, saying that the artistic pits would be returned to Burners Without Borders.

In 2015, another change was proposed by the NPS, this time a mandated $35 permit for every bonfire. Of course, people balked at that fee, and by February of 2016 that plan was tabled, though many other new rules were put in place for that year's fire season.

This brings us to Wednesday, when the NPS proudly announced that bonfire season had begun, this time with sixteen brand new fire rings located between stairwells 15 and 20.

Today marks the return of the recreational fire season at #OceanBeach AND the debut of our 16 new fire rings https://t.co/fPFUq41SAd pic.twitter.com/HGhZwqVdMs

"The National Park Service removed all the old fire rings from Ocean Beach on November 1, 2016, at the outset of a four month seasonal prohibition on beach fires," they write. "The new fire rings will be in place every year between March 1 and October 31," after which they will be removed, which is a great idea because NOBODY builds fires on the beach outside fire season. No one at all! Ha ha.

Photos posted to the NPS's Flickr account yesterday show us the new rings, which are attractively decorated with orange, all-caps pleas that users follow the NPS's rules for use. Here they are, from truck to beach: 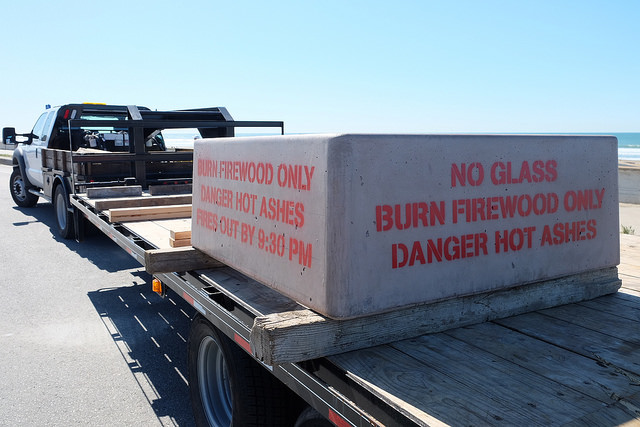 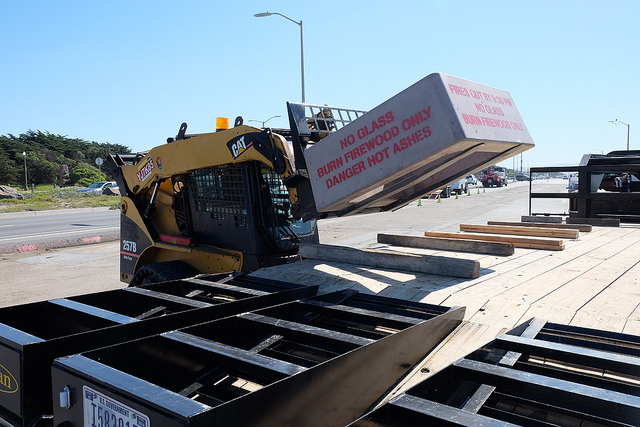 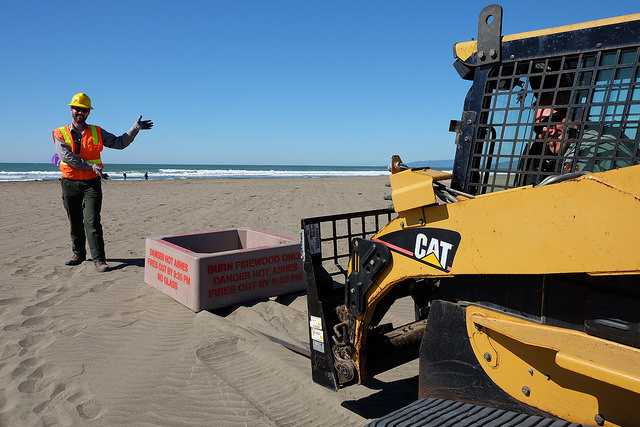 It's unclear from the photos if the fire rings list one of the most difficult-to-enforce rules, that groups over 25 must get a permit before gathering at the beach. Because that's totally how people who enjoy beach bonfires operate, with strict planning, head counts, and permits.

39-year-old white former NAACP leader Rachel Dolezal has filed papers in her hometown of Spokane, Washington to legally change her name to Nkechi Amare Diallo. As the New York Daily News notes with

A working group to propose improved Airbnb regulations that Mayor Lee promised to set up by the end of February 2017 when he vetoed the 60-day rental cap is nowhere to be found,