In the large field of startup send-up and parody, a new entry, Unicorn Startup Simulator feels like a rare breed, in that it's so bizarre and fun. The goal of the game, naturally, is to reach a $1 billion valuation in one year before going public — the unicorn threshold — achieved, as in life, by making simple, binary decisions that become increasingly weird.

Questions like "Should you spring for a catering service?" quickly devolve into "should you have a tech reporter who bashed your company killed?" In between are a seemingly endless array of ways to fail and die penniless and ruined, usually in your mother's basement, or driving for Uber again, or taunted in other such ways by the game. It's tough to know what to do when you're bootstrapping a company, so you'll be forgiven if you blow your $1.06 billion valuation in the game because you chose "say no to drugs" over "pass that dutchie" at an office celebration of some new milestone.

Of course — prepare yourself for a little bit of startup-ception — the Unicorn Startup Simulator is, at least in part, a bit of marketing from an Estonian online time-tracking startup called Toggl.

"We created [the simulator] with the people behind the Toggl time tracking app during a team retreat in the fine town of North Berwick, Scotland," explains Mart Virkus, a marketing lead at Toggl who also draws comics about video games, technology, and culture at Arcade Rage. If you play his game enough times, you'll even notice that he gives himself a very meta-nod within the game:

"For us, it was a way to do something a little different from our daily jobs," Virkus writes, describing the game as "like the Farming Simulator for the Millennial generation." 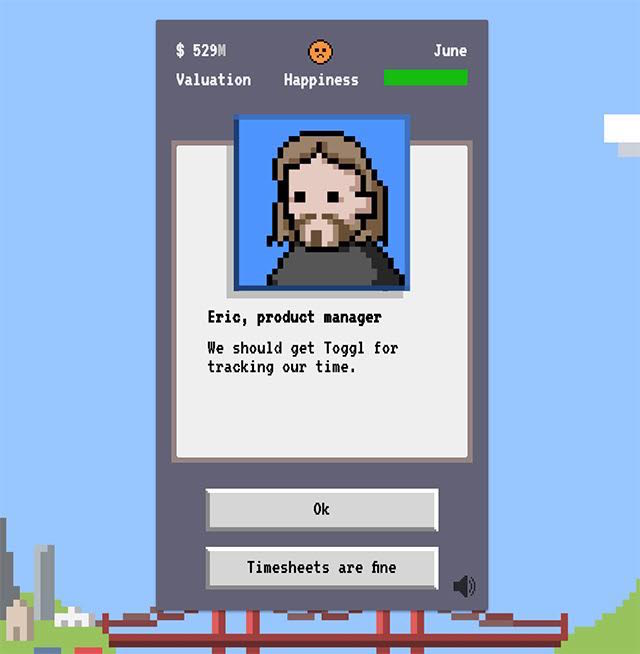 Even if it's impossible to lose your real-life funding just by playing, you definitely stand to blow a whole afternoon on this game. My central confusion in trying to win — which I couldn't, but SFist's Jay Barmann did — has been this: Should you do what's morally right to succeed, or does the game have a darker take on Silicon Valley, whereby you'll succeed by moving fast, breaking things, and generally cutting corners? Our initial testing indicates you need to be pretty morally flexible, not bend over backwards for customers, and do what you can to keep your employees happy, within reason, unless they want to work remotely from Bangkok. You should play and find out. 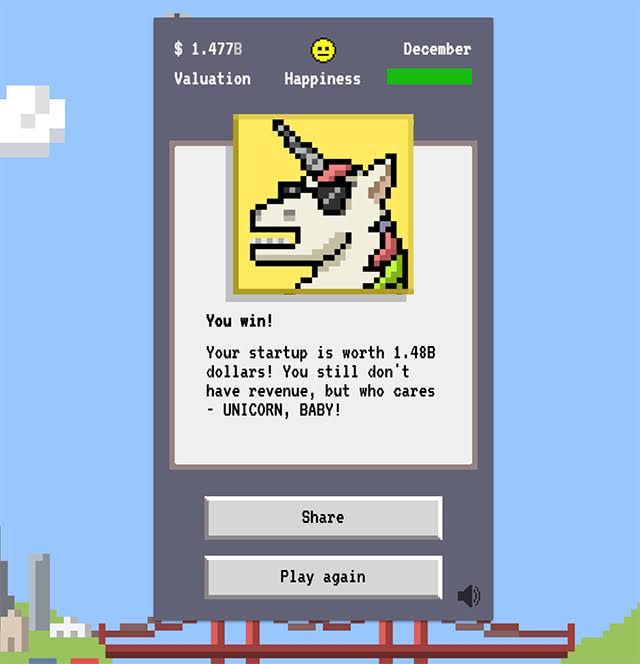