Tomorrow is going to be hard. Simply knowing that a certain person with a comically smug demeanor and rodent-like pinholes for eyes is going to be on television and smartphone screens and dominating news feeds for the indefinite future is difficult enough, but watching the ceremony in which he is, in his mind, crowned king will be enough to burn away the last shreds of hopefulness in even the least cynical of hearts and minds. Below we have a few ideas for things you could be doing with yourself to counteract any desire you may have to do anything more self-destructive  and assuming you do not already have protest plans.

The Obvious: Drink
While the MAGA faithful will be toasting to our misery and their great good fortune, we who must spend the next few years resisting (or maybe just a few months, god willing) may need to drown our sorrows a bit longer. Here are our picks for the best new bars in town to check out, and here's our list of SF's finest dive bars, any of which would make for an appropriate place to throw back a few lowballs at lunch. Also, these restaurants and bars are donating parts of their proceeds to things like Planned Parenthood.  Jay Barmann 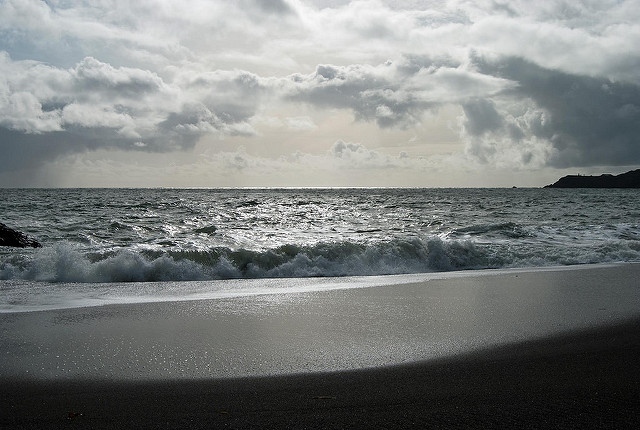 Sitting on the Beach in the Rain and Staring Out to Sea
This is a viable option, though I'd recommend a warm and waterproof jacket with a hood. A flask of brown liquor might be in order too, if that's your style, and/or bring along a friend to hold on to as Friday's predicted rain mingles with your liberal tears.  Jay Barmann 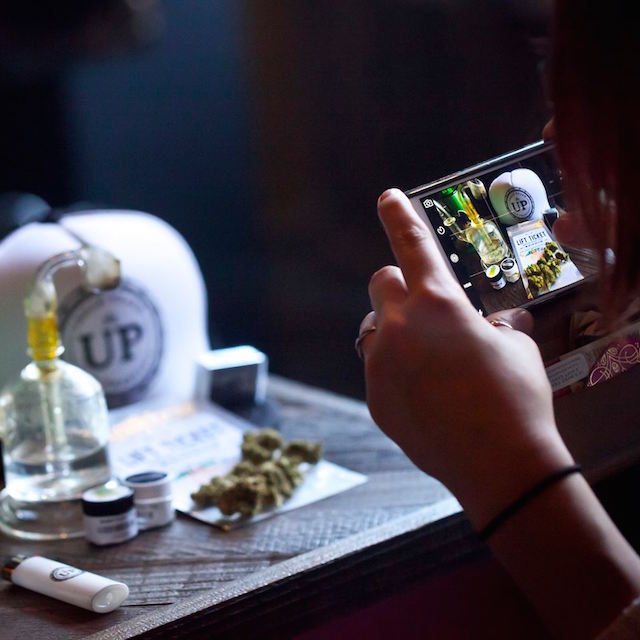 
Get Supremely Stoned at a Dispensary Dab Lounge
To riff on a line from Michelle Obama, when they go low, we get high. Indeed, nothing would make Jeff Sessions angrier than San Franciscans getting too stoned to remember that the inauguration is happening. To maximize the chances of that, how about blasting massive dabs at Urban Pharm, San Francisco's foremost dispensary and dab lounge? Wait, what's dabbing, you ask? Well hi dad, didn't see you there! Dabbing, not to be confused with the celebratory sports pose of the same name, refers to inhaling incredibly potent cannabis concentrates created through advanced extraction methods. They'll show you how to do it at Urban Pharm, where the dabtenders and budtenders are revered, although you're more than welcome to get regular-stoned in the lounge, too. Nothing like smoking medical grade pot to remind you that California is already Great, thank you very much. —Caleb Pershan
122 10th Street between Minna and Mission Streets 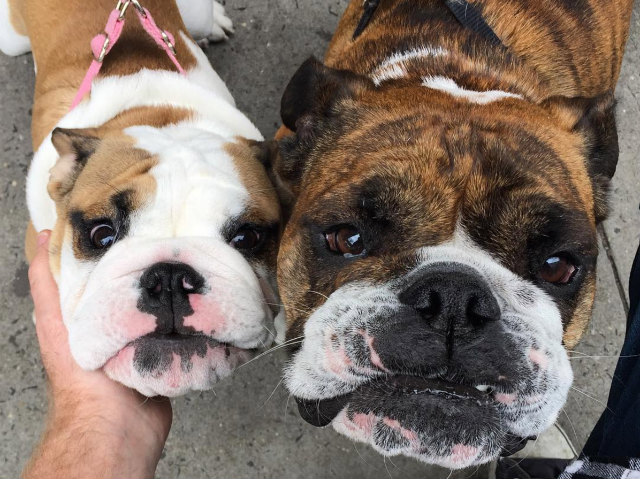 Pet a Dog
According to a 2004 study reported on by NBC, a few minutes spent petting a dog "prompts a release of a number of 'feel good' hormones in humans, including serotonin, prolactin and oxytocin" and "results in decreased levels of the primary stress hormone cortisol." So, basically, for a dog lover, physical contact with a pooch can act as a natural anti-depressant and stress reliever. If you don't have access to a dog at home or at work, don't despair: Unlike a childless person hanging out at a playground, a dogless person at the dog park is unlikely to raise much concern, provided that you treat the dogs with respect (here's Gothamist's guide on visiting with unfamiliar dogs, which applies just as well in SF). And here's our list of SF's best dog parks to get you started — now, go forth, and pet! — Eve Batey 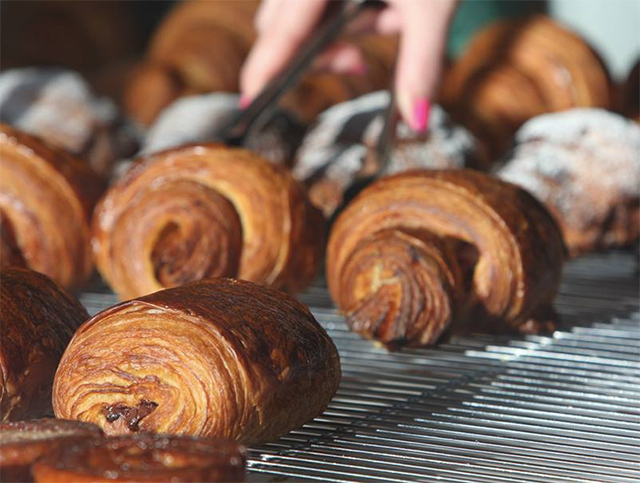 Take Solace In Baked Goods
While the consumption of "processed pastries" has been linked to depression, the short-term comfort you get from stuffing your face with lovingly handcrafted baked goods from a local patisserie is hard to deny. Our Best Bakeries in SF list, while from the distant days of 2013, is still a good place to start a binge. Add to that the Outer Richmond's fantastic Butter Love Bakeshop; Pac Heights' Fillmore Bakeshop (which also does a badass soft pretzel); and globally-famous Arsicault, which does indeed sport crazy lines but according to "a French person" Jay knows, the croissants are indeed "legit." As most of the pastries we're talking about are anything but "traditionally American," each bite can also be a delicious protest against the new POTUS. — Eve Batey

It's 7am Wednesday, it's raining and we're here boxing @thirdstreetgym

Go Boxing
It might feel good to hit something (or even somebody) right about now! And not to get all San Francisco on you, but I'd encourage anyone who feels like throwing a punch to do so in a safe space, like a boxing gym. Take Dogpatch's 3rd Street Boxing Gym, for example. It's highly respected for its classes and workshops, and even if you won't be letting loose right away as a beginner, you're sure to get a good workout and all the benefits that come with that. Drop-ins are $25 per class, and bootcamps, while a lot pricier, get high marks from alums despite the crazy early (6 a.m.) start times. Get in shape for the apocalypse while you can! —Caleb Pershan
3rd Street Boxing Gym, 2576 3rd Street between 22nd and 23rd Streets 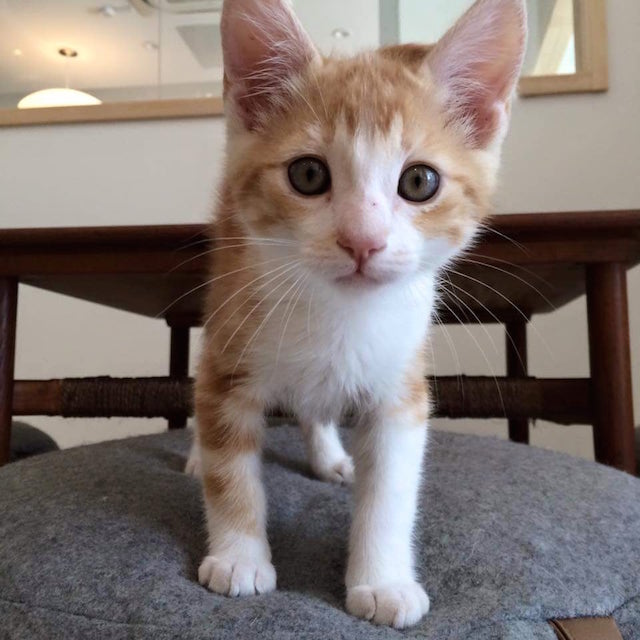 Pet Cats at KitTea Cafe
Book a reservation to escape this world and enter a land where cats rule at KitTea Cafe, the Hayes Valley adoption center and tea lounge (with solid waffles to boot). At $25 per person per hour, it's a pretty penny, but just think about it: Cats! Cuddles! Soothing, fresh brewed teas! You need this. After all, the future feels a lot less dire when there's a cat on your lap. —Caleb Pershan
96 Gough Street between Rose and Page Streets

Isolation Chamber
Whether or not you’re a fan of Ab Fab, you may or may not be aware of the therapeutic properties of floating in an isolation tank in the dark. Invented in the 1950s and coming in and out of fashion since then with New Age types, “sensory deprivation chambers” can be excellent tools for relaxation, and for forgetting that our awful world exists. Russian Hill’s Float Matrix has been offering such escapist treatments for a decade now, and SFist talked up the ISO tank resurgence a couple years back, with Reboot Spa in the Marina a more recent addition.  Jay Barmann

Go to a museum.

Find a depraved sex club like the one in that Black Mirror episode.

Pre-emptively check yourself in to a psych ward.

Want to see an endless stream of garbage and graffiti on San Francisco streets and walls without getting anywhere near it? Just go on Twitter and follow @SF311Reports, where you can get an