In a move his acolytes are sure to leverage as evidence of the politically-correct-to-the-point-of-intolerance, easily "triggered" left, the independent San Francisco bookstore The Booksmith announced on its website this week that it won't be stocking a book by alt-right figure Milo Yiannopoulos when it comes out this year. A Trump-loving Brietbart writer to whom SFist has referred generously as an "aggressive idiot," Yiannopoulos is a frightful, hateful, openly gay man who once wrote that "Gay Rights Have Made Us Dumber, It's Time To Get Back In The Closet."

Moreover, in protest of Simon & Schuster, who are publishing the book by Yiannopoulos under their imprint Threshold Editions, Booksmith has vowed that it will buy no Threshold Editions books whatsoever and that it plans to cut its orders from Simon & Schuster by half. Of the remaining books they do sell from the publishing house, they'll donate 40 percent of sales to the ACLU.

Is Booksmith's decision an example of the kind of censorship Yiannopoulos so frequently rails against? Or is this asshole's speech simply hate speech, not protected by law, and in fact punishable by it if it, say, incites violence?

The book's not out, so nobody knows, but really, who cares — Yiannopoulous is clearly what he is, a troll of the highest/lowest order — and for Booksmith, it's a perfectly wise business decision. After all, this item wasn't about to go flying off shelves in San Francisco, now was it. 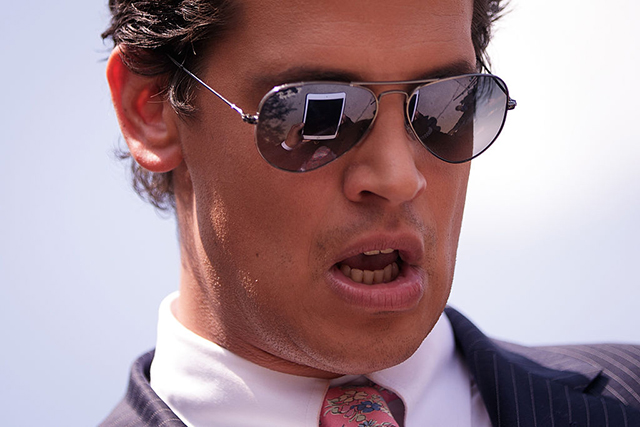 The Booksmith, which appears to be in good financial stead if its recently announced expansion plan is any indication, is also owning the decision, justifying it in a statement on their site.

"While we at Booksmith value free speech and democratizing information at our bookstores, we also believe that this author crosses a line by promoting hate speech & bullying and feel compelled to take action," they write, linking to an Elle article which argues against the publisher's decision to legitimize Yiannopolous with a contract. The Booksmith also cites the Chicago Review of Books, who have declared they won't review any Simon & Schuster authors this year because they condemn "handing a purveyor of hate speech a $250,000 megaphone," the amount of the book deal.

But while others debate the, at best, deeply cynical position Simon & Schuster has taken, the publisher has released a statement letting us know it did the right thing and is good and doesn't support hate speech (except by financing those who engage in it).

Statement regarding recent acquisition by @threshold_books, another division of @simonschuster pic.twitter.com/HTEs1fnsjB

Meanwhile, Yiannopoulos has used his general infamy to his advantage, booking speaking engagements this month in the Bay Area at UC Davis on January 13, this Friday, and at UC Berkeley on February 1. At Davis, students have petitioned against his appearance, while the Daily Cal at Berkeley reports that the school's college Republicans, who invited him to speak there, are being forced to pony up $10,000 in security costs. That, naturally, has that student group whining about how the charge is an attack on free speech.

Milo Yiannopoulos looking at his iPad during a speech he gave down the street from the Pulse Nightclub on June 15, 2016 in Orlando. He blamed the Left for embracing Islam over gays, and suggested gays should fight back like the Jews have in Israel against Palestinian terrorists. (Photo by Drew Angerer/Getty Images)

The expensive Japanese trend continues with another early-in-the-year opener, Kinjo (2206 Polk Stret), which will be officially open on January 24 serving a $120 omakase menu designed nightly by former Sushi Ran head

You think you can't get busted for smoking or possessing marijuana in California anymore after Prop 64 passed in November? Well, think again. If you're on federal land - which includes all national

—
Booksmith Boycotts Book By Milo Yiannopoulos, Who Arrives In The Bay Area This Week
Share this