As the names of the missing officially become the names of the dead, SFist is continuing to offer brief remembrances and obituaries as they're being collected from various news sources and friends. Here was the first group of eight, and you can read about another group of six here. If you have any of your own to offer, please do so at [email protected].

Jennifer Tanouye was a 31-year-old Mills College graduate and a music manager at Shazam, as KRON 4 reports. One of the features of Friday night's party was a booth set up to paint "nail art" on peoples' fingernails, and Tanouye's brother Kevin told Bay Area News Group he believes his sister was there for that reason, because she enjoyed painting nails.

"She was so big and bright and colorful in this community," Spence McCall, who interviewed Tanouye for a 2012 documentary, told ABC 7. "I mean, it's impossible not to be just totally heartbroken."

In the documentary, Tanouye spoke about how she viewed the world. "That feeling you get when you find a clue, or something you make the connection of what you're supposed to do next, like split second of connection, that's when you're elsewhere," Tanouye said — noting that she had the word "elsewhere" tattooed on her body. "That's what's awesome."

McCall spoke about this to ABC 7. "She'd love it for us to think that as well, you know she went missing, she went elsewhere," he told the channel. "She went furthermore."

Oakland FD confirms Chagrin Falls native, Billy Dixon, was a victim in the massive warehouse fire.. :'( Hear from loved ones on @fox8news pic.twitter.com/LnKprU77II

Billy Dixon graduated in 2000 from Chagrin Falls high school in Ohio, and according to KRON 4 was living in Oakland and performing as a beat boxer and DJ. Fox 8 reports that his desire to play music is what inspired his move to California. Those who knew him from his childhood said they were not surprised that he would be hanging out with a bunch of musicians and artists in an art space like the Ghost Ship warehouse.

"We know loss here, but this one hurts," Ohio Supreme Court Justice William O'Neill, who is the parent of one of Dixon's childhood friends, told Fox 8. "We can't change history. Billy was doing what Billy does. If he was in a building full of artists, having a good time, I'm sure he was right in the middle of it... I'm positive."

Robert St. Price, Dixon's former brother-in-law, spoke to the gravity of the loss. "I lost a good friend over the weekend to the tragic Oakland fire," the Daily Mail reports him as writing. "Billy Dixon was not just a brother-in-law to me, he was a great friend and an artistic guide."

Johnny Igaz was an Oakland DJ who was excited to play the Friday, December 2 show at Ghost Ship. “Really looking forward to breaking the seal with this one on Friday," the East Bay Times reports he wrote on Facebook four days before the fire. "Been a minute since I’ve played Oakland."

The last photo of Igaz spinning, taken shortly before the fire began, can be seen here.

Under the moniker "Nackt" (German for "naked") Igaz had built a sizable following in the East Bay — starting off with a weekly residence at the Ruby Room. His brother, Paul Igaz, wrote about the loss on Facebook. "As I look back on the years shared together, it’s with certitude that I say that no single person has ever affected or influenced me more as much as my older brother."

In addition to creating music, Igaz worked at Pandora as a music analyst and voice-over artist. One of his mixes is embedded below. 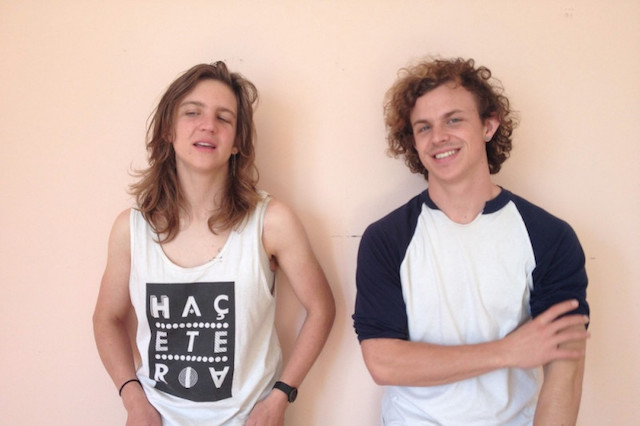 A 2015 UC Berkeley grad, Griffin Madden is described by one professor as having "a luminous way about him" and "probably the most memorable undergraduate student I've had." This was from Luba Golburt, an associate professor in the Department of Slavic Languages and Literatures, speaking to the Chronicle, adding that Madden had "an enthusiasm for learning things." He double majored in Slavic Languages and Literatures and philosophy, and he also spent five years as an usher for Cal Performances.

Madden leaves behind a close family, including a sister, Sky, and girlfriend Saya Tomioka. Sky's partner MJ Bernier launched a GoodFundMe page to help friends and family with any unexpected expenses, like funeral travel.

On Facebook, describing a photo of herself with Madden in front of Book of Mormon poster at a theater, Tomioka writes, "I remember tears swelling my eyes because the city was so beautiful and amidst of all the lights, I got to look at the brightest light of all, my sweetie. I cried, and we kissed. Some random photographer captured this very moment, this very kiss."

"It's hard to use this space to begin to describe how much Griffin means to all of us and how profoundly we feel lost without him," Bernier writes. "I am just going to hope anyone who reads this knows and understands what an unimaginable hole there will now be in all our lives." 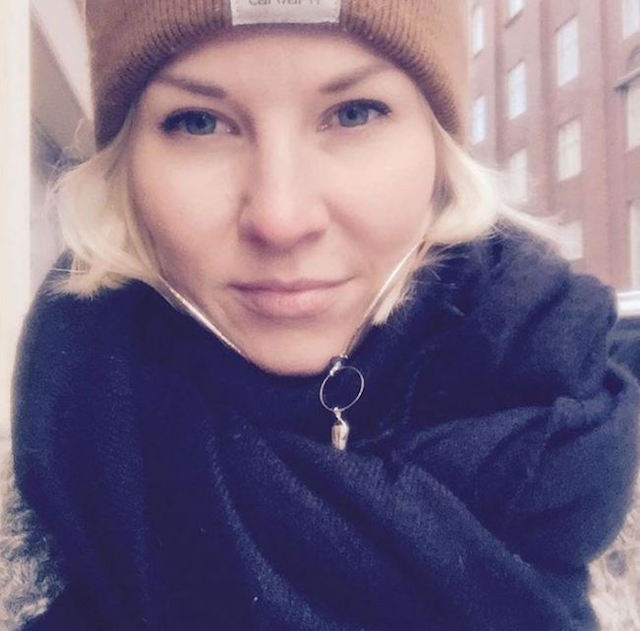 Hanna Ruax came to Oakland in November from Finland to visit her fiancé, Alex Ghassan, before the two planned to move to Europe. According to KRON 4, she was both a social activist and a yoga instructor. A roommate of Ghassan, Vikram Babu, said Ruax was “very gentle.”

KQED notes that Ruax had a jewelry design business back in Finland, and the Chronicle describes it as "upcycled" jewelry. 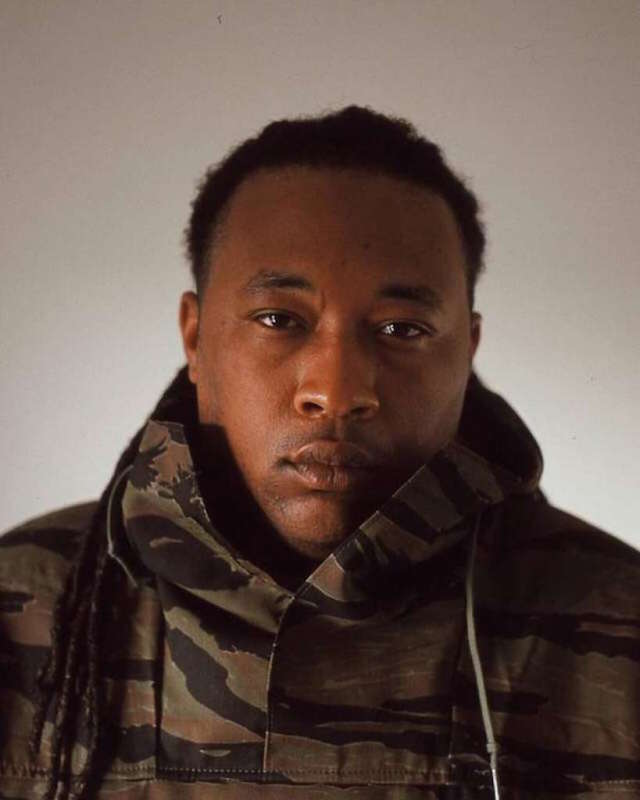 Photo from KQED via the Chronicle.

New Jersey-born filmmaker Alex Ghassan had twin four-year-old daughters, and moved to the Bay Area both to pursue his interest in film and to earn money to support them. Their names, Lucy and Alex, were tattooed on his knuckles. The Chronicle reports that he was doing documentary film work for KQED at the time of his death, and a profile by one of his coworkers makes it clear that he was loved there.

He was engaged to Hanna Ruax, who also perished in the fire. "I know Alex found what he was looking for, and Hanna’s excitement for the prospects that lay ahead couldn’t be bottled up, and spilled all over," coworker David Markus wrote. "I was so happy for them."

Ghassen is also notable for having uploaded perhaps the last video shot inside the Ghost Ship space, one hour before the fire broke out.

Below is a short documentary he directed and produced for KQED. 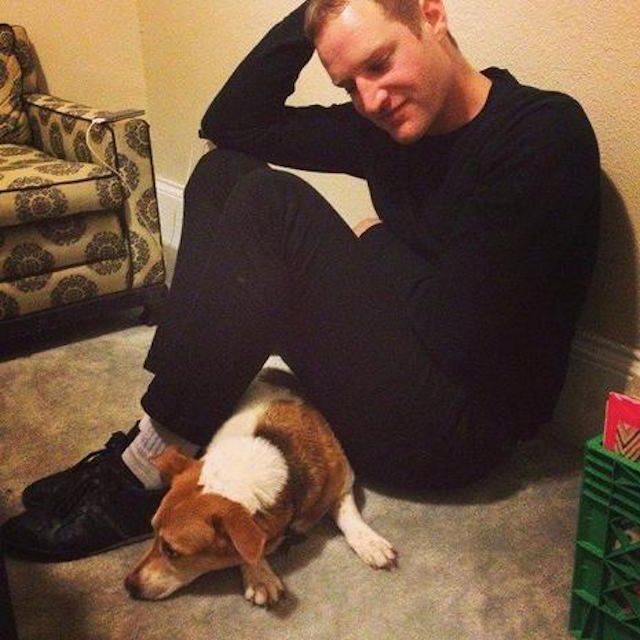 Edmund Lapine studied French, and Russian literature at Evergreen State College in Olympia, Washington before moving to the Bay Area to start a new job at an art gallery. According to CBS News, Lapine's father, Bob Lapine, spoke of the loss of his son. “I just want the world to know that he was a very decent human being. I try to be strong, but I break down every once in a while."

Lapine's friend, Amanda Stauffer, wrote about when he taught her to play guitar. “He gave me lessons, and his patience and enthusiasm for the whole project can only be described as saintly in the face of my unwavering lack of discipline,” KRON 4 reports.

Previously: Profiles Of Eight People Who Died In The Oakland Warehouse Fire
Six More Profiles Of Those Lost In Oakland's 'Ghost Ship' Fire

California's mosquito population is on the rise, and scientists say that humans are to blame. A study published yesterday in Nature Communications reports that the number of the winged creatures has increased tenfold