The first floor of the NEMA apartment complex has been vacant, its windows adorned with a variety of marketing slogans, since it opened. Originally intended to become a gigantic restaurant, that's off the table given a spate of closings in the neighborhood, and now the space at 1425 Market Street (at 10th Street) is going the events route. Hoodline reports that it's being rented out as Gantry, to be booked for shindigs like the recent Silicon Valley Fashion Week.

Gantry CEO Hans Koch tells Hoodline that "We hope to become the place that the city and the neighborhood comes to explore, relax, meet up with friends, and walk away with an experience they want to share." Gantry, with its 8,800 square feet, will be an "urban center." Though corporate functions appear to be the focus, "Nonprofits and community organizations [will be] a big part [of Gantry]" Koch told Hoodline. "By supporting arts and local groups, we can help them gain awareness and new participants."

It's possible that open-and-shut restaurants like Bon Marché and Cadence spooked potential food operations. Or maybe/also the proximity of tech companies in need of events space made the decision easier. In fact, the space was originally rented by Top Chef Masters competitor Suvir Saran, but his plans for the space fell through. That was lucky, he wrote on his blog in September:

After a long search for the ideal location to build, my business partner Paresh Ghelani, a serial entrepreneur, global citizen and peerless visionary, took lease of what surely would have become a landmark restaurant in San Francisco. For 19 months we worked on the space - paying rent, designing, and planning what would have been a 400 seat restaurant and bar; this in a time when large brick and mortar restaurants were dwindling faster than dreams. In end though, bureaucratic hoops won over vision and opportunity. We pulled out of the building and from the apartment in the sky overseeing the Foggy Golden Bay. Much time lost, money too, but in end it seems we were being blessed by the powers of the universe. The space remains empty. The Mid-Market neighborhood not performing as well as was expected. Paresh had a gut feeling that the dramas we were having to endure were not worth fighting there and then, and it seems he was right again. As a dear friend in Pacific Heights said, "Honey, you got out just in time!"

Well, it's not empty anymore — or it won't always be, and this way, it'll make a little money too. 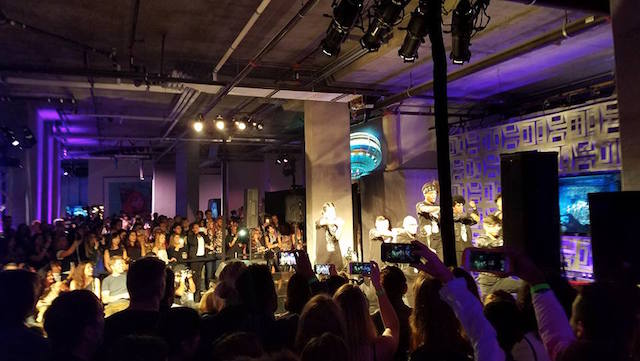 A suspect is in custody following the apparent molestation of a nine-year-old girl on an SF-bound BART train. The Chronicle reports that the attack occurred Sunday near Bay Fair Station in San Leandro,

Gosling fans, hold onto your seats. The San Francisco Film Society is hosting a special screening on December 8 of the already Oscar-buzzworthy movie musical La La Land, at the Castro Theatre, and