The occasional bark during yesterday's services at Grace Cathedral didn't disturb the Very Rev. Dr. Malcolm C. Young. After all, the blessing of the animals is a tradition that dates back to the Fourth Century. But one dog in particular was visibly moved by Young's sermon on the annual Feast Of St. Francis, the patron saint of animals and the namesake of San Francisco: His own pup, a cockapoo named Poppy, whose head darted around the cathedral as Young's familiar voice, now disembodied, echoed from all directions. 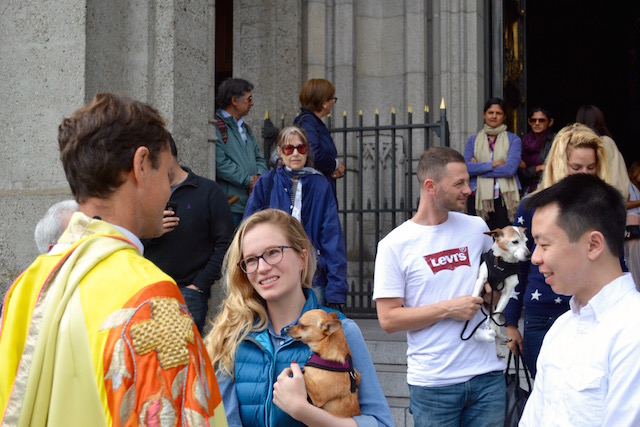 Young tells SFist he blessed around 50 dogs brought by their pious owners to the Episcopal church on leashes or in carriers. Children also brought stuffed animals and pictures of pets to receive his blessing. One little boy even brought a spider in a small film canister. "In the past we've had turtles and chickens and a duck and cats," Young says, "a few lizards... the usual suspects." Typically, Young puts his hand on a given pet and says a brief prayer. "There are some who have been sick, and their owners will tell us about their particular illness. I even had a women who brought the ashes of her dog that she's had for years and years." 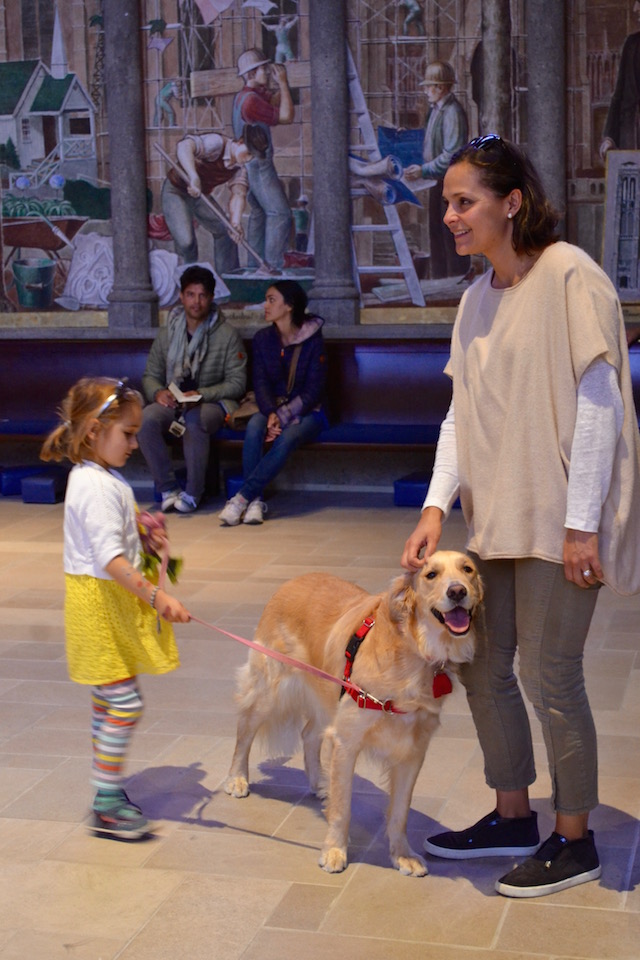 Young is in his first year at Grace Cathedral, where he's been coming since childhood. "When I was a teenager, my aunt lived on California Street," he explains. In his sermon, the Reverend called attention to the power of animals "our pets show us that love does not just belong to human beings" and of course invoked their patron saint. St. Francis of Assisi, a rich silk merchant's son, embraced the natural world as well as outcasts from society such as lepers. 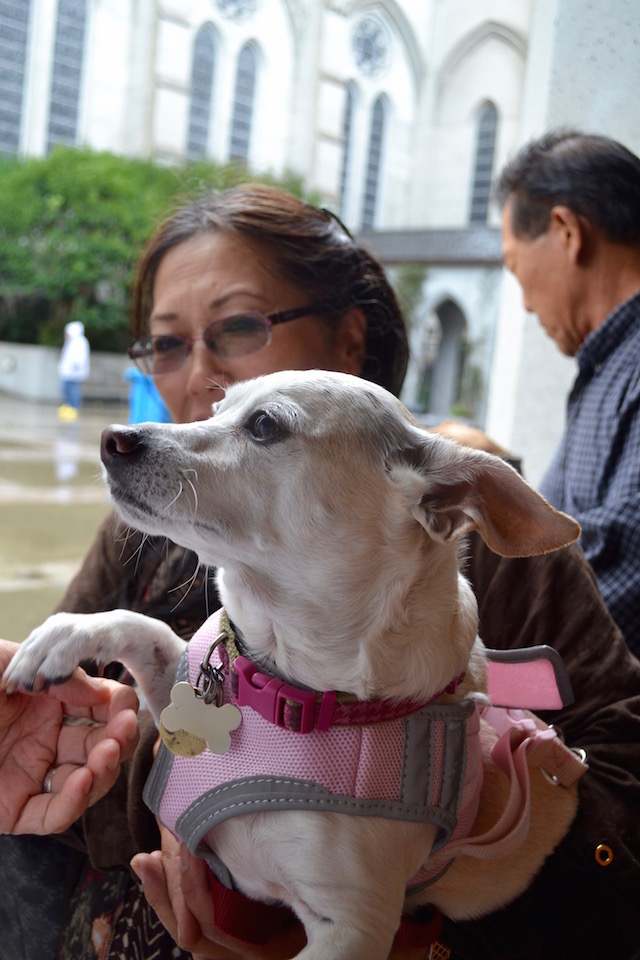 In a city that loves its pets and the natural world, Young sees St. Francis' lessons all around. "He just believed so much that nature is the way God talks to us. At Grace Cathedral, our huge rose window is dedicated to his Canticle of the Sun, a song about how all the word and the wind and the stars introduce us to God." Young's sermon can be found online here.

Juanita MORE!, Polly Tickle (a.k.a. Jane Kim), and Glamamore. Photo via Shot In the City At the Powerblouse party at Powerhouse (link semi-NSFW) on Saturday night  in which drag mothers Juanita