Theater fans who lack the money or clout to get tickets to Hedwig, The King and I, or any of the other best Bay Area theater productions this fall get an outstanding annual consolation prize in the San Francisco Fringe Festival, now in it’s 25th year and kicking off Friday and continuing through September 24th at the various stages of the EXIT Theatre and PianoFight. For the next two-plus weeks, the Fringe Fest delivers an outrageous, light-years-off-Broadway live theater festival wherein most shows run an hour or less and audiences often do a “theater crawl” catching multiple shows per day.

Fringe Festivals are unapologetically not-juried, so you never know what you’re going to get  has anybody been watching Difficult People, by the way, with their Fringe Fest production of Carter, the hip-hop musical about Jimmy Carter? But I've plowed through the program of all SF Fringe Festival shows, most of which run on three or four different dates, to pick out the most promising-looking productions. And remember, kids — just because a show has puppets doesn’t mean it’s for kids. An extremely large percentage of these shows have mature content, disturbing themes and even some good old-fashioned nudity. 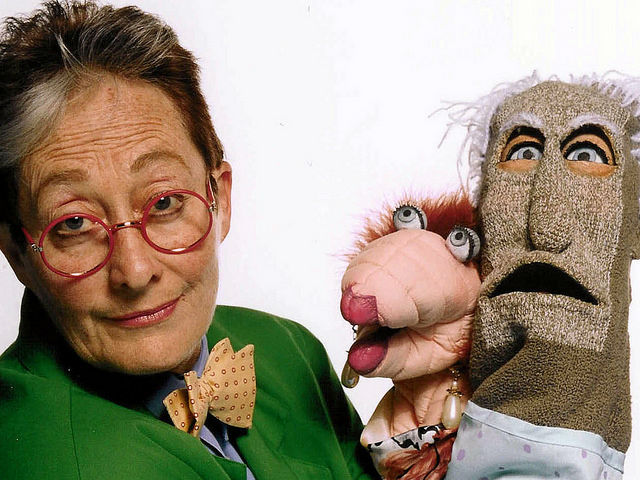 Awaiting The Podiatrist
A one-person show (if you don’t count all the puppets), Terry Baum’s Awaiting The Podiatrist is a puppet musical about whether to pull the plug on a terminally ill father. Local theater fans will want to circle this one on their calendars, as the show is directed SF Mime Troupe’s Velina Brown and scored by Cockettes and Thrillpeddlers composer Scrumbly Koldewyn. EXIT Stage Left, tickets here.

Blonde Poison
Blonde Poison does not look particularly uplifting, as Holocaust dramas rarely are. But damn does it look riveting, telling the true story of Stella Goldschlag — a Jewish Nazi double-agent who hunted down Jews for the Gestapo and got 300 Reichsmark a pop. EXIT Studio, tickets here.

Figuratively Speaking
This is a repeat engagement of the play that won the 2011 Best of the SF Fringe, so that (plus the nudity warning) inclines me to give Figuratively Speaking a very strong tentative endorsement. Lorraine Olsen throws down wisdom as a nude figure drawing model, and audience members are welcome to bring paper and draw her.
EXIT Theater, tickets here 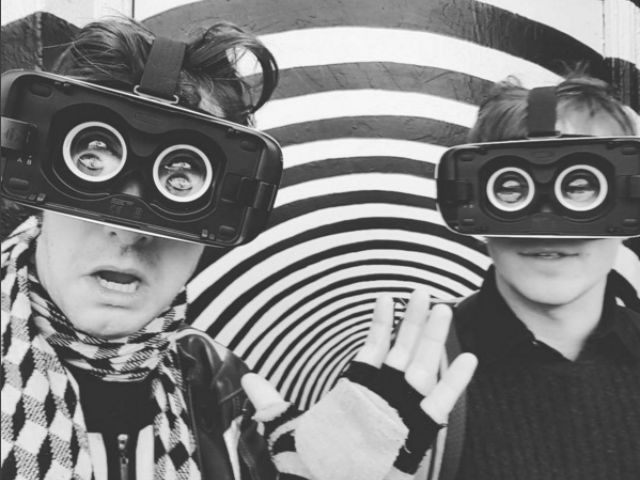 The Unspeakable Act
Actual demon sex is on the menu in The Unspeakable Act, a sci-fi historical fantasy based on an ancient Japanese fairytale. The show also features music, dance, improv and NC-17 physical comedy. EXIT Stage Left, tickets here

All That Jazz
Fringe meets Fosse as All That Jazz, a musical improvisation jazz troupe, performs a live improv jazz musical set in the 1940s and improv’ed out so that no two shows or musical scores are ever the same. EXIT Studio, tickets here

At The Crossroads
Your 'old silent movie with a live original score' features F.W. Murnau’s 1926 Faust with a spine-tingling treatment from silent movie musical maestros Modern Robot. These guys have done Faust before, and a trailer for the experience can be seen above. PianoFight Second Stage, tickets here

Raised By Gays And Turned Out OK!
Comedian Elizabeth Collins was, in fact, raised by two gay dads before it was cool — in Texas, in the 1990s. This show tells her story, and her Twitter feed as of late has been a flood of adorable/awkward 90s pictures of the two said gay dads.EXIT Theater, tickets here

HEART In The HOOD
Michael X. Sommers is better known as Bug on Sense8, and plays 16 different real-life West Oakland characters in this harmonica-fueled one-person show about his true experience as a rural Vermonter plopped onto Oakland’s 22nd Street. EXIT Studio, tickets here

A fairly amusing viral video, uploaded by a videographer at a San Francisco wedding reception in 2015, has caused so much embarrassment for the couple involved that they're suing the photography firm that

In news that is sure to cause college students around the country to choke on their bong water, Google parent company Alphabet today announced that its Project Wing drone division has teamed up