Testimony began this week in the trial of Mario Floyd and Stephon Lee, two reputed gang members accused in the broad-daylight murder of 66-year-old Judy Salamon, who was shot dead in her car, possibly after she had filmed the pair committing another crime with her cell phone. When the July 2013 killing was originally reported on, Salamon was only described as a well-loved neighbor, animal lover, and petsitter who was in the wrong place at the wrong time  she was shot on Fern Street near Brookdale Avenue in Oakland, a block known to be frequented by drug dealers not far from her home, and some believed that the assailants may have stopped her car in order to rob her. But as we're learning from opening statements in the trial, via the East Bay Times, Salamon was an "anti-crime activist" of a sort in the neighborhood  initial reports indicated she was engaged with some other neighbors about hiring private security to patrol the area.

Just eight days prior to Salamon's murder on July 24, 2013, Floyd had been convicted on a weapons charge. Lee, who is from Richmond, had two prior felony convictions, one for second-degree robbery in 2011, and one for possession of a firearm on Sept. 25, 2012. 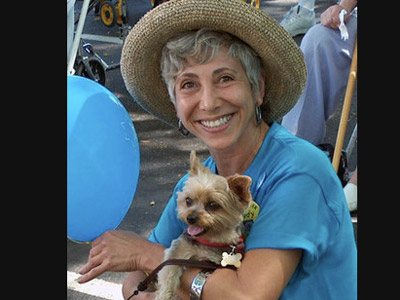 Police have previously said that Salamon had followed Floyd and Lee and was filming them committing a crime, and that this served as motivation for them to stop her car, snatch her phone, and kill her in the process. This was not presented as such to the jury, though prosecutor Butch Ford did say in his opening statement that the pair saw her filming on Fern Street, and that after scuffling with Floyd over the cell phone, Floyd's DNA was found under Salamon's fingernails. Lee has been identified as the shooter by eyewitnesses, but here's the rub: It doesn't sound like any of the prosecutions witnesses are going to be that helpful because of the anti-snitch culture of the neighborhood, and everyone's fears of retaliation.

Salamon's phone was never recovered, but police found a photo of the phone in Lee's cell phone, with Lee's reflection visible in it.

Also a problem that the defense is likely to exploit: The investigating officer in the case, Sgt. Mike Gantt (who may or may not be on forced leave right now for that racist texting scandal) was recently investigated on charges that he had a girlfriend transcribing jail phone calls with the defendants in this case. Gantt was cleared of wrongdoing in that case.

Witnesses expected to testify include "A young man who was 17 and in the defendants' car when the deadly confrontation occurred [who] is being jailed until he testifies," as well as "a woman who saw the lead up to the shooting and then hid in the trunk of her car upon hearing the shooting," per the East Bay Times. Also, the shooting apparently occurred in front of an 11-year-old boy, also expected to testify, who's connected to Floyd through his guardian, who is the grandmother of Floyd's three children.

According to Ford, just before Floyd and Lee's 2014 arrests, Lee violently choked the boy while both defendants threatened to kill him for talking to the police.

One can imagine that none of these witnesses is going to be particularly cooperative on the stand, and Ford said as much to the jury.

Defense attorneys also seem to want to paint Floyd as totally innocent of the crime.

The question has remained what Salamon was doing in the neighborhood, about a half mile from where she lived on Best Avenue, though a number of neighbors had been very vocal that year about rising crime in the vicinity  as Gantt said at the time of the suspects' arrest in 2014, per NBC Bay Area, Salamon ""was a brave lady but she should have called 911," adding, "We want people to be vigilant, not vigilantes. We don't want people to follow suspects."

Inspired by the birth of their daughter, Dr. Priscilla Chan and husband Mark Zuckerberg, Facebook's first family, pledged last December to give away 99 percent of their extremely valuable company stock during their