Burning Man 2016 is shaping up to be a fun one, art-wise, so long as the dust storms stay at bay. Below we bring you a collection of things Burners can look out for on the playa, when the festivities begin on August 28  things besides the 747 we've already told you about, which arrived, a piece of it anyway, on playa Wednesday morning, ready to get tricked out.

Denver-based artists Ryan Elmendorf and Nick Geurts are bringing this "large scale interactive steel sculpture of a human head and two hands emerging from the ground" this year. They say via the Burning Man site, "The interior of the head is a darkened room that participants can enter and serves as a theater for viewing the outside world through the eyes of the head, as well as a control room for movement of the hands. Using optical lenses in the eyes, the head is a stereoscopic camera obscura that focuses light from the outside and projects an image onto the back surface of the room." 3D glasses are also involved. 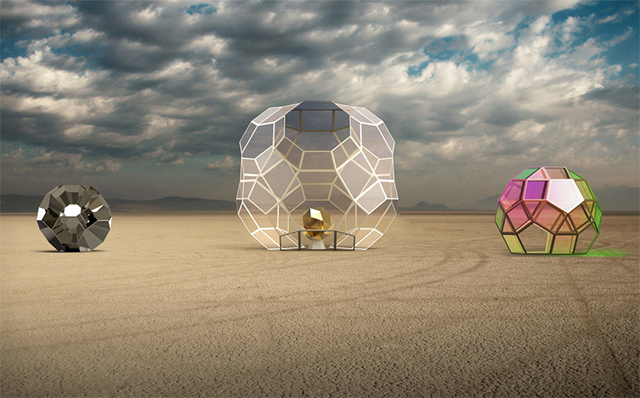 This piece, inspired by Leonardo da Vinci drawings, comes from San Francisco-based artists Yelena Filipchuk and Serge Beaulieu, a.k.a. HYBYCOZO. These geometric sculptures are meant to "play with your sense of perspective and warp your perception of the inner and outer dimensions of the self." 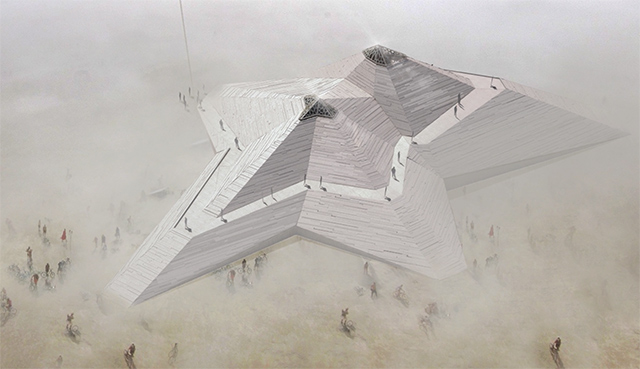 This monumental, pyramid-like structure by SF-based artist Dan Sullivan has been under construction in Dogpatch for several months now. The 17,000 square-foot piece, inspired by views of distant Black Rock Point, will reach five stories at its highest point, and be totally interactive, with the interior "Sanctum of Veils" at its center. 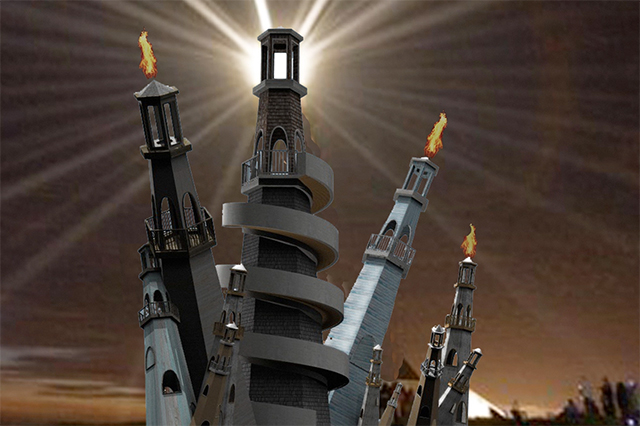 This "adult jungle gym" designed by Oakland-based artists Jonny and Max Poynton consists of "A crystal like cluster of Lighthouses ranging from 6 to 60 foot tall and some leaning as much as 20 degrees." They say the project was "Inspired by the juxtaposition of creating a destination of fun and shelter by something that is meant to warn you of danger." 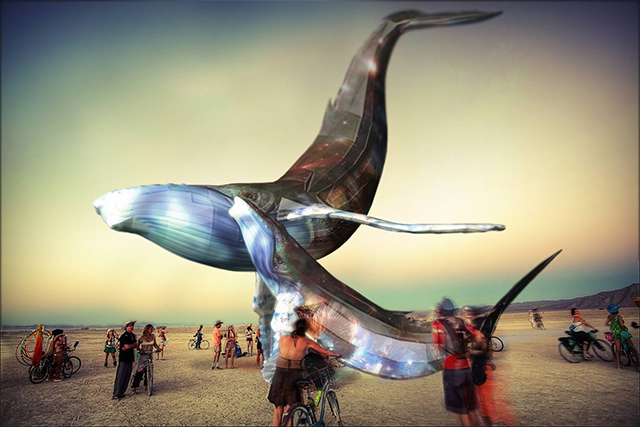 Rendering via The Pier Group/Facebook

Created by the Reno-based Pier Group (Matthew Schultz, Android Jones and Andy Tibbetts), this is a 50-foot-tall "full-scale crystalline humpback whale mother and calf diving through the sky built from steel and stained glass." After Burning Man, it will be traveling to six more countries around the world. 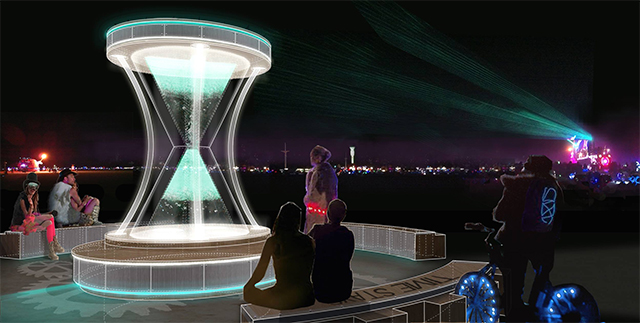 Rendering by Jonny and Max Poynton

Not totally clear on how this one works, but this "reverse hourglass" by SF-based artists Kate Greenberg and Dust Crusaders will serve as an "abstract timepiece" the full week of Burning Man. "The hourglass is filling upwards with small particulates that float unhurriedly from bottom to top chamber; its translucent pellets catch the sunlight during the day and swirl like fireflies when LED lit at night." 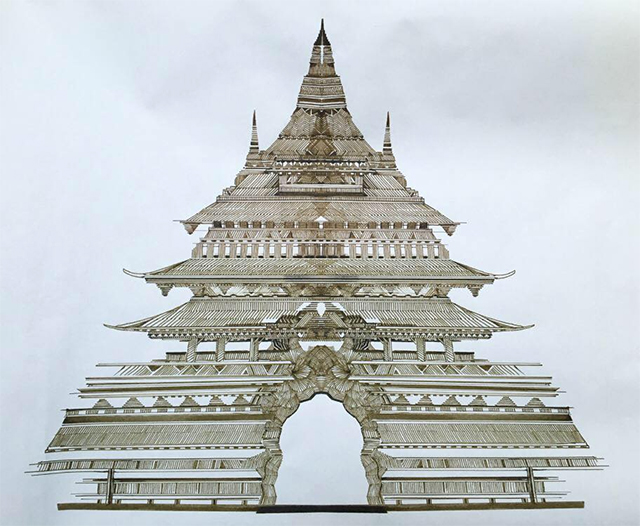 The cherished tradition of having a temple at the center of the playa lives on this year, and the Temple Crew is still seeking donations  they've got $38,000 more to go. This year's temple will be 100 feet tall, and 50 feet by 50 feet on the ground, with eight altars, and unlike previous years, they say it will be entirely "hand-built without CNC cut materials." 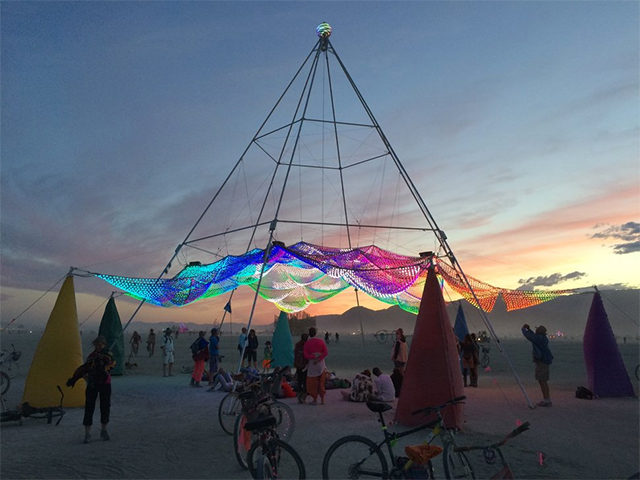 Inspired by Leonardo da Vinci and the Fallas festival in Valencia, Spain, this piece by Spanish artists Miguel Arraiz and David Moreno is "A golden cube in the desert [meant] to attract people to its inside, where they become part of an art installation that mixes the contemporary language of the latticed architecture of the pavilion with the cardboard pieces and molds of a traditional Fallas guild."

Are you an erstwhile pianist who only gave up your musical love because you have no idea where to score a cheap, used baby grand? Enter Piano Pound. The work of a drunk

It's been a long road since Metallica sued Sean Parker's Napster service in 2000. Tomorrow, August 18, Parker-affiliated Spotify is releasing a new four-part documentary series about the formative years of Metallica, titled