When we originally heard about the plans for the massive new mixed-use development headed for a long blighted block of Mid-Market, between Fifth and Sixth Streets, back in early 2014, it was set to include a huge new arts center as well as new permanent homes for local theater groups The Magic Theatre, and the Lorraine Hansberry Theatre. Plans for the development  which also include 250 residences (I assume condos), 230 hotel rooms, and 15,000 square feet of ground-floor retail space  shifted last year, as Curbed reported, downsizing the number of residential units from 310, and nixing the arts center plan.

Now, though, it appears that The Magic Theatre is back on board, as the project, dubbed 950-974 Market, heads toward a final Planning Commission review.

A marketing rep for the Magic, Mike Szymanski, confirms for SFist that The Magic will not be moving out of its longtime home at the Fort Mason Center, and that the new, rent-free space at the corner of Turk and Taylor Streets will instead be an expansion of their work "with an emphasis on community enrichment." 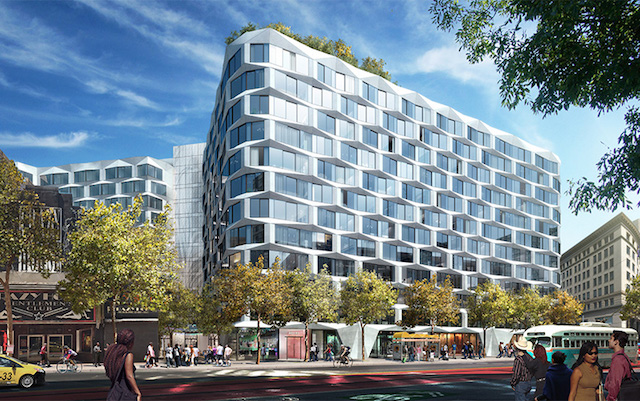 Developer Group I says of the overall development, "The project will enliven the neighborhood by providing room for a wide range of activities, including a dedicated non-profit space at the corner of Turk and Taylor, outdoor food and beverage garden, event space, publicly accessible areas along Turk and Market Streets, a selection of retailers, and a landscaped rooftop."

Further details from the Planning documents published by Hoodline, include plans for a "state-of-the-art performance venue" that will include programming aimed at Tenderloin residents, as well as an educational program called Magic Labs, in which will offer a 20-week, tuition-free after-school program for local youth, in partnership with the Boys and Girls Club, and the Vietnamese Youth Development Center and the Boys and Girls Club.

Whatever else they may have planned, performance-wise, remains hush-hush, though it's notable that the space will be just two blocks from ACT's new experimental satellite venue, The Strand. Also nearby are The Cutting Ball Theater, the soon-to-be-reopened Curran, and ACT itself.

In April we learned that the efforts of one LGBT historian were looking to stymie the project, citing that it would require the demolition of at least one structure on Market that, early in the 20th century, was home to one of the city's first gay bars. That may be under consideration still in Planning's review.

A full press release about The Magic's plans is expected soon, and I'll update here with any further details. 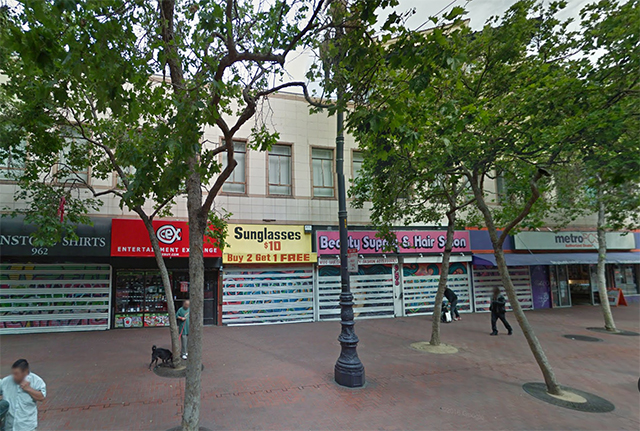 What the block of Market looks like currently. Photo: Google

The building, shown here from the Market Street frontage, would wrap around on the Turk Street side to fill in the existing parking lot, in back of the Warfield Building. Rendering via Handel Architects.

A new ranking by the site Niche of 100 Bay Area towns and cities  nearly all of them that are not San Francisco, San Jose, or Oakland  finds that traditionally tony suburbs like

—
Magic Theatre Expanding To Mid-Market, But Not Relocating
Share this