Big news! There's finally an opening timeframe for Tartine's major new expansion in the Mission, Tartine Manufactory, which will be sharing part of the same building that's home to Heath Ceramics and Blue Bottle, at 18th and Alabama. Husband-and-wife owners and partners Chad Robertson and Elisabeth Prueitt made the announcement in the Wall Street Journal today that they're finally opening in the next couple of weeks, in early August.

Not only will this mark a major expansion for Robertson's highly in-demand bread-making operation, but it will feature a full-service restaurant as well, and an ice cream stand, too.

The project has gone through a couple of iterations since it was first announced in 2014. First, Bar Tartine and its chefs, Cortney Burns and Nick Balla, were originally involved and planning to run the restaurant portion, and then there was the plan for Tartine to merge with Blue Bottle, which has a coffee kiosk in the Heath space. The merger soon fell through, however, with both companies deciding last December to stay separate, and Burns and Balla are now in the process of buying Bar Tartine for themselves, running it separately as well as a restaurant to be named Crescent.

The new Tartine Manufactory, designed by L.A.-based studio Commune, will feature an all-day restaurant the likes of which Prueitt and Robertson haven't run before in terms of its scale and menu. Breakfast and lunch will feature fresh items both hot and cold, but mostly things that don't have to be made to order like roasts, salads, and soups. At night, the 120-seat space will become a full-service restaurant, with a liquor license, and waitstaff. The menu hasn't yet been revealed, but you can get some hints via Prueitt's Instagram, where she's been documenting the recipe-testing process for months. Claypot spicy caramel ribs look to be featured, and porchetta, and gluten-free popovers. Robertson also hints that, at least at lunch, there will be simple broths with greens that are best eaten with bread. 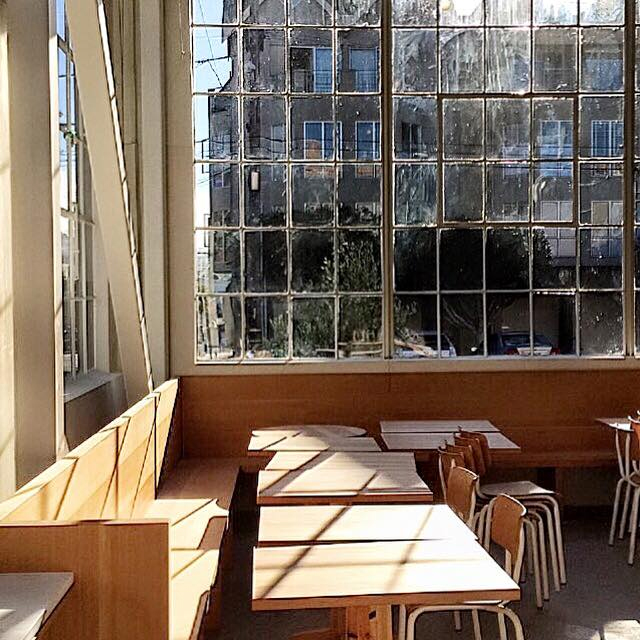 Director of Operations Vinny Eng tells SFist that dinner will be launching in the fall, under savory chef Sam Goinsalvos, who comes from Il Buco Alimentari in New York. Until then, the Manufactory will open with just breakfast and lunch.

Prueitt will oversee the pastry side of things, and is also unveiling some brand new, Tartine-branded ice cream, Tartine Cookies & Cream. It will be made fresh daily with milk delivered that day, and she tells the Journal, "We’re going to use water buffalo milk and Jersey cow milk to make soft serve and a gelato-style ice cream that’s ultrasmooth.” She adds, regarding the freshness of the other ingredients she'll be using, "It baffles me how so many places make stuff that doesn’t have strong, fresh flavors."

The new operation also means that Robertson's bread will now be available all day long at both the Manufactory and the original bakery at 18th and Guerrero, where before it only came out of the oven and went up for sale at 4:30 p.m.

It sounds like there's a plan to, at least a bit, compete with Blue Bottle and develop Tartine's own line of coffee  with a shelf life  sourced and roasted by an in-house team headed by former Verve Coffee guy Chris Jordan, which will be served day one. And the ice cream will ultimately be available for sale on a retail basis as well, going head to head with one of the bakery's original 18th Street neighbors, Bi-Rite Creamery.

Stay tuned for more menu details and an exact opening date as we get them.

Previously: The Manufactory Will Be The Name Of Tartine's New Bakery And Restaurant At Heath Ceramics

Testimony in the federal criminal trial against PG&E concluded Wednesday, and the prosecutor in the case didn't go out without some scathing rebukes of the company's mismanagement and greed that led

San Francisco's dogs have a new place to do their business this week, as city officials yesterday opened a brand new play area complete with fences and artificial turf. Bay City News reports