Bookstores may be becoming things of the past in many parts of the world, but San Francisco is still home to a bevy of wonderful, stalwart neighborhood bookshops that are quietly thriving and serving a loyal readership. Wander through them and you'll find a hundred reasons why the internet can't replace the experience of meandering through shelves and thumbing through pages and walking away with small printed treasures you never knew you needed until you found them.

Aardvark Books
At the edge of the Castro lies this beloved longtime new and used bookstore that's been in business on Church Street since 1978. The smart and (obviously) bookish staff, most of whom have been there forever, keep the shelves stocked with a terrific selection of contemporary and classic literature, cookbooks, poetry, gardening guides, and non-fiction, and for a store this small you'll be pleasantly surprised at how deep the selection gets. Also, as is necessary for any great bookstore, there is a shop cat  an orange tabby named Owen, pictured above.  Jay Barmann
227 Church Street between Market and 15th 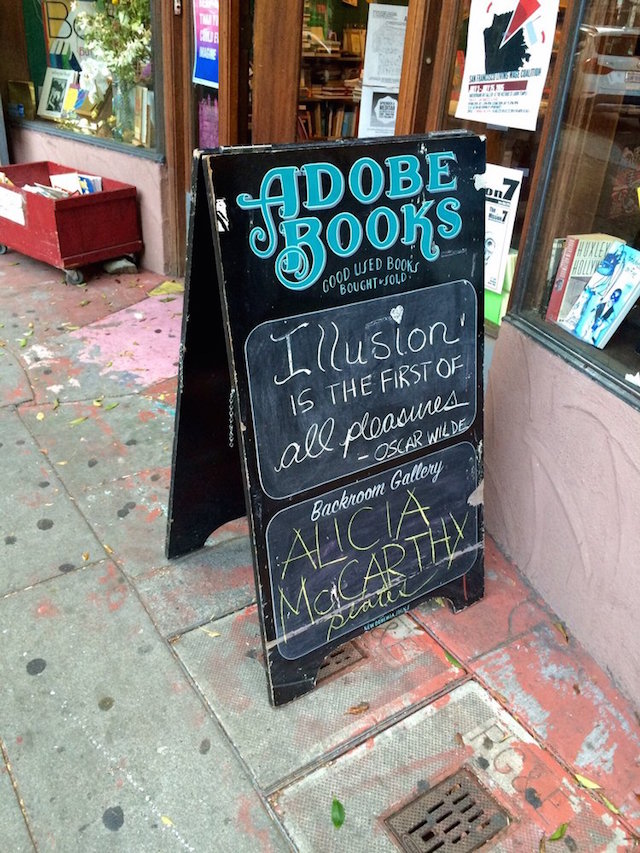 Adobe Books
Shooed out of its original 16th Street home by rising rents, Adobe Books found new life on 24th Street in 2013. There, the shop — whose full hippie name is "Adobe Books & Arts Cooperative," has taken root, thanks in no small part to the hard work of co-op volunteers. Now, in 2016, wall-to-wall books are as much about good reading as warm atmosphere, and Adobe is perfect for its spirited comedy nights, poetry readings, and even live music shindigs. Do you enjoy objectively strange art? Then check out the Backroom Gallery, "an alternative space where artists can make momentous decisions in their practice and experiment freely in the company of their peers." — Caleb Pershan
3130 24th Street betwixt Folsom and Shotwell Streets 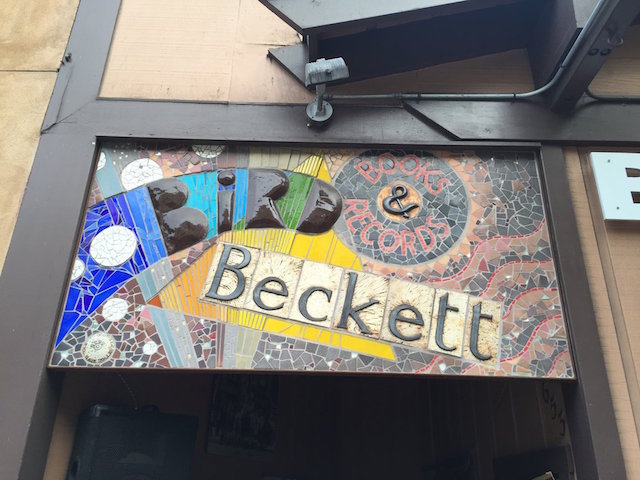 Bird & Beckett
Oh, the name? The "Beckett" is Samuel and the "Bird" is Charlie "The Bird" Parker, and that should tip you off that, in addition to being a classy bookseller, this Glen Park gem is also a jazz haunt. You can check out their full calendar here, but locals have come to expect sweet sweet music any given Friday or Sunday. —Caleb Pershan
653 Chenery Street between Carrie and Diamond Streets 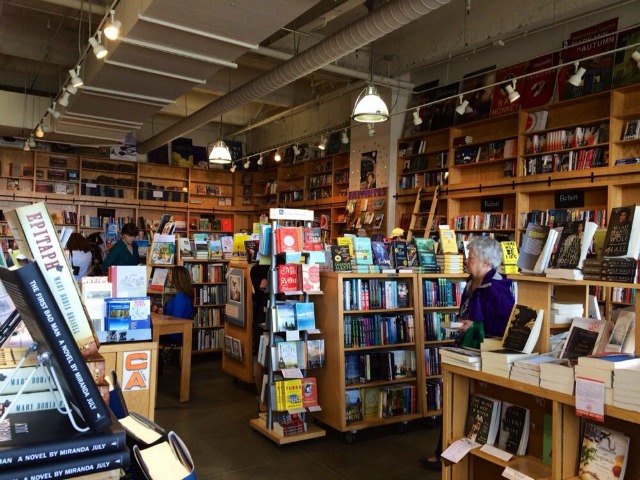 Book Passage
Started in Marin County in 1976, Book Passage opened its Ferry Building location in 2003. While of course they're known for their wide selection of books, their program of author events is really remarkable, with stops from niche-y, cult writers and mass-market stars alike. They also boast a salon intended to nurture budding writers, multiple book discussion clubs, and a "Signed First Editions Club," members of which "receive a signed first edition each month of a new work of fiction by an emerging author who shows exceptional talent and promise." What a monthly treat! — Eve Batey
1 Ferry Building, San Francisco and 51 Tamal Vista Blvd, Corte Madera 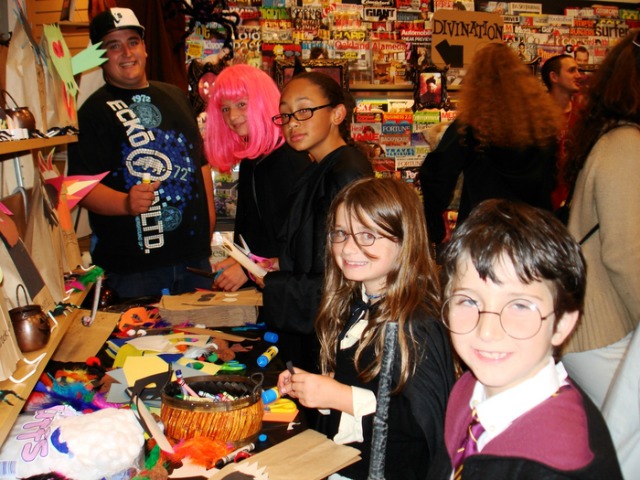 Books, Inc.
Books Inc describes itself as "the world's oldest independent bookstore," with an origin story that begins during the Gold Rush era. It's changed hands and locations many times since then, and now boasts stores across the Bay Area (including the Compass Books stores you'll see at SFO). In San Francisco proper, you can find them in Opera Plaza, Laurel Village, and the Marina (their Castro location closed last month). Each store has their own sets of book clubs and events, including authors' appearances, children's storytimes, and writing groups. — Eve Batey
601 Van Ness Avenue, 3515 California Street, and 2251 Chestnut Street in San Francisco 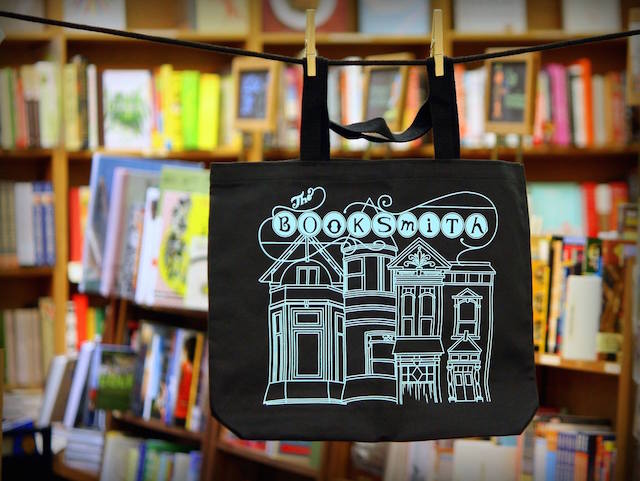 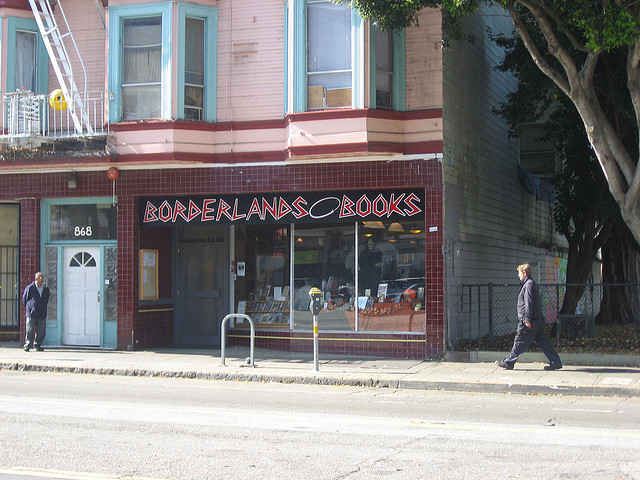 Borderlands
Borderlands hit a bumpy patch last year, when owner Alan Beatts announced that San Francisco's efforts to ensure workers would be paid a living wage — not, as some might have expected, the ubiquity of Amazon — would force the venerable SciFi, fantasy, and horror-focused bookstore to close its doors. (Of course, this isn't the first time Borderlands' management has expressed dismay at SFs laws and regulations, as you can see from the 2011 sign they posted deriding the city's smoking laws.) But the store found a way out of the mess, with a $100/annual sponsorship program that lets loyal customers and fans keep the store going. While anyone can shop there or take in their author events, Borderlands sponsors get all sorts of extra goodies and benefits, including free movie passes, table reservations at their neighboring cafe, and even package acceptance. — Eve Batey
866 Valencia Street 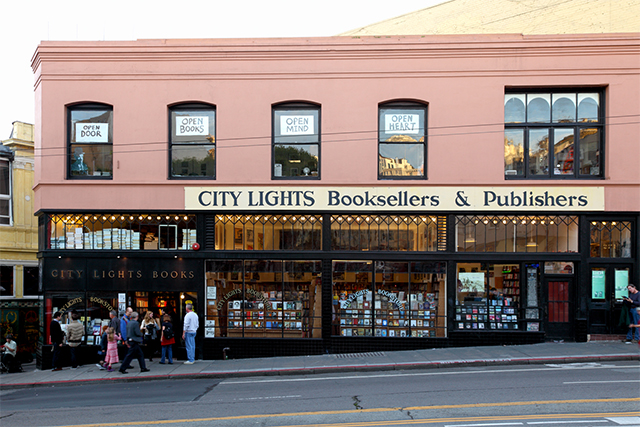 City Lights
As a young student of literature and lover of the Beats, I made a pilgrimage to City Lights on my first trip to San Francisco, as many Ferlinghetti and Kerouac and Ginsberg fans have over the decades. It is both a landmark of the Beat era in North Beach and a fantastic bookstore, sitting across Jack Kerouac alley from Vesuvio, where Lawrence and Jack and Allen and Neal all used to get drunk together. At age 97, Ferlinghetti is the last one alive and he's still writing, painting, and running the publishing arm of City Lights, and just last year we heard from him on how he sees contemporary San Francisco, compared to the city he arrived in in 1951.  Jay Barmann
261 Columbus Avenue 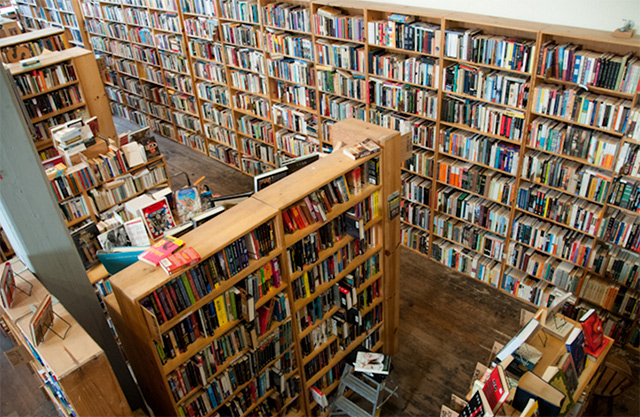 Dog-Eared Books
Dog-Eared Books is an oddity: It's a bookstore... that's growing. In addition to its Valencia Street shop for new, used, and discount books (plus odds and ends like maps), the 1992-founded store opened an offshoot on 24th Street, Alley Cat Bookshop, and a brand new Castro location. Personally, I find it hard to walk by their sales bin out front without taking a gander, and then, almost inevitably, I'm lured inside. —Caleb Pershan
900 Valencia Street between 20th and Liberty Streets and 489 Castro Street between 17th and 18th Streets 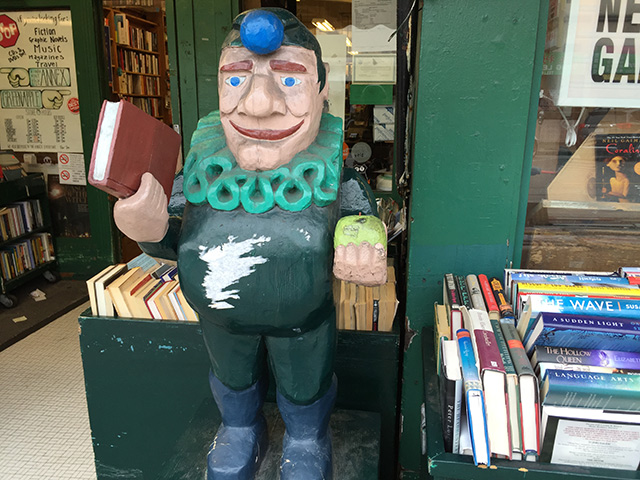 Green Apple Books
Founded in 1967, Green Apple Books has thrived over the decades and grown to ten times its original size, making it the biggest single-location independent bookseller in these parts, with both new and used books for sale. (They also ship books for a flat 99 cents, and they sell e-books too, if you want to support a local business instead of Amazon.) And it's kind of appropriate that a book business should survive in one of the colder, foggier, and more contemplative parts of town. The staff picks, hand-written on cards beside most contemporary titles, are always insightful. And if you're wondering about the funny looking mascot out front, he's named Mergatroid, he dates to the ‘70s, and passersby like to put hats on him.  Jay Barmann
506 Clement Street 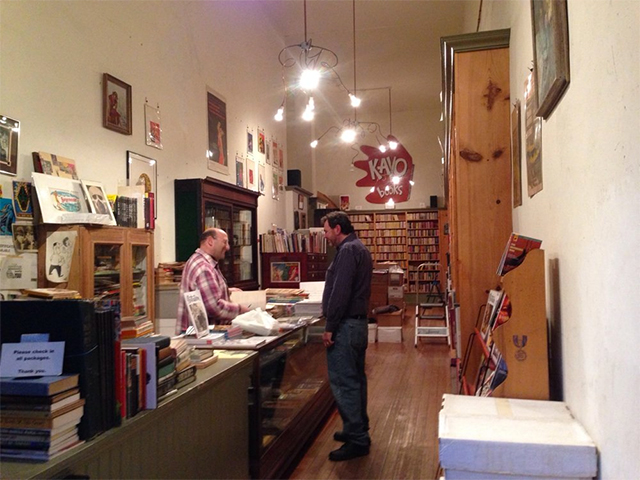 Kayo Books
You won't find kids books here at Kayo Books, where most titles are "adult." These purveyors of smutty, sleazy, and scintillating paperbacks are John Waters' favorite bookstore, as he once told Terry Gross on NPR's Fresh Air. "It's the most amazing bookshop," he said. "They have a whole series about abortion, juvenile delinquency... you can find the best gifts there." —Caleb Pershan
814 Post Street 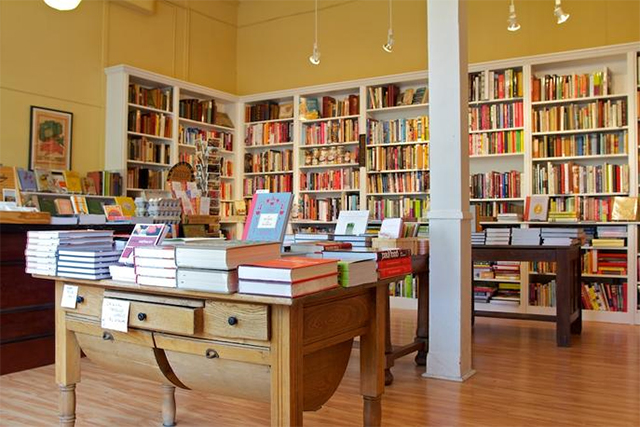 Omnivore Books
In the culinary capital of the US, we of course have to have a bookstore dedicated completely to food, and this Noe Valley shop does us proud. With a huge selection of new and used cookbooks  including a fantastic collection of California vintage cookbooks priced according to their rarity  Omnivore is a home cook's dream. There's also a constant stream of events at the shop featuring readings and book signings with famous food writers, cocktail mavens, and chefs.  Jay Barmann
3885a Cesar Chavez Street at Church

The Orbit Room, the charming and beloved Upper Market bar which reopened under new owners Courtney Ross and Nic DeLillo last fall after a brief closure, now has a revamped cocktail menu and