In additional to the usual sights and smells of the San Francisco Botanical Garden in Golden Gate Park, another element — music — filled the air again this month. Flower Piano, an event in its second year, placed 12 pianos around the garden for ten days. Amateurs and professionals young and old took their turns at the keys, and the results were sometimes touching and generally delightful. The bit of surprise and wonder came from Sunset Piano, a group funded by Burning Man's art organization, Black Rock Arts. And the festivities concluded last night with a sold out set of performances by pianist Serene Han and "Moon Songs" by soprano Caroluna with pianist Allison Lovejoy.

"When you take a piano and you put it in a beautiful setting like this, people are suddenly surprised by it,” the artist and musician Dean Mermell, who is half of Sunset Piano along with Mauro ffortissimo, told the Chronicle. “Out here, it’s really about the music and the way the music interacts with the environment."

The 12 instruments were covered at night to keep them from getting totally warped and destroyed by the elements, but there were moments when certain keys on some pianos were (understandably) out of tune. “They’re not concert-level Steinways,” said Mermell. 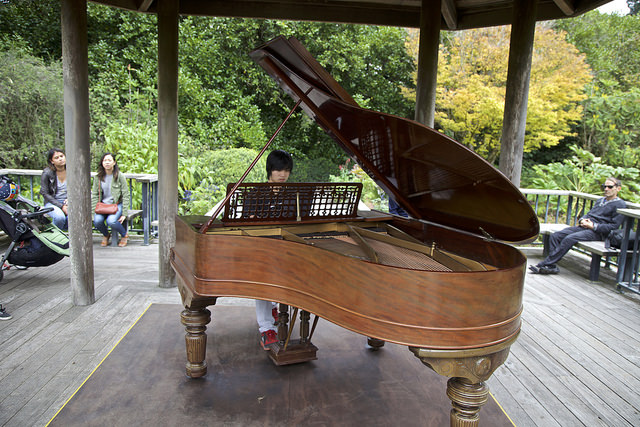 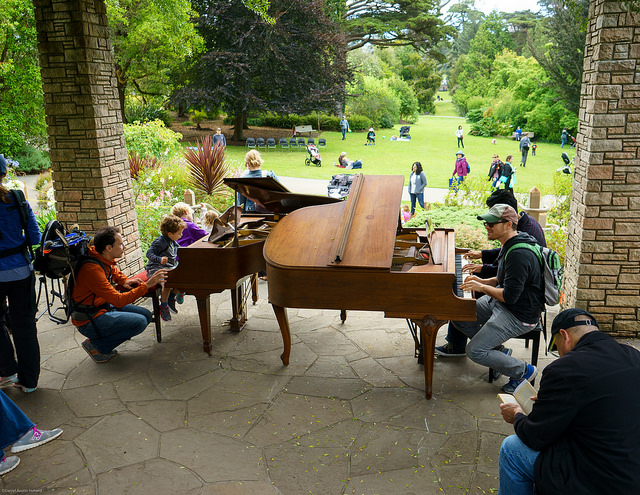 "Flower Piano is civic life at its most civil," wrote Chronicle columnist Leah Garchik, "an antidote for living through a time when one signs on with daily trepidation." I suppose we'll have to wait until next year for some more civility, then?

Previously: 12 Outdoor Pianos Return To Botanical Garden This Week
Scenes And Sounds From The First Weekend Of 'Flower Piano' In Golden Gate Park

If you can hardly wait for the iPhone 7 to come out this fall, then here's a teaser for you. CNet reports, via some new leaked photos on Chinese social network Weibo, that

If you're into the intrigue that happens at City Hall especially where Chinatown power player Rose Pak is concerned, then get this: You know how Pak had her whole falling out with Ed