Trans people have never had it easy. But they had it way less easy in rural Mississippi in the 1970s. Meet Jheri Jones, who transitioned to female in 1976, and is the subject of the incredibly riveting, wow-inducing documentary The Joneses playing Saturday at The Roxie as part of Frameline 40. We spoke to Jheri, now 74 years young, about living at the frontlines of the trans movement since before there was a trans movement. The Joneses tells her story of raising four children and two grandchildren while suffering the trials, tribulations, slings, arrows, hate, bigotry — and occasional unexpected poignance — of living trans in a deep south trailer park in Pearl, Mississippi.

This documentary is packed with powerful, three-Kleenex moments that you will never forget watching: the exasperated, “I miss calling you dad!” conversation, a son coming out to his biological mom conversation, and Jheri explaining to her grandkids that their grandmother is technically, biologically their grandfather. And you will bawl your eyes from their sockets witnessing these real-life scenes.

What’s Jheri’s secret to maintaining the peace with her rural Mississippi neighbors? “They don’t know,” she told SFist. “Unlike some of the gay people, who wear their gay pride bracelets and all of that, this is not a situation where you go around telling everyone just for the sake of telling them. I just let people take me as I am. When I meet someone, I see no point to mention anything about transgender unless for some reason that comes up. It’s not because of shame, it’s because I’m trying to keep a low profile and protect myself from any kind of bigotry or persecution.”

Jheri transitioned in the mid-1970s, with no real trans community around her for support. “There was no one to help me,” Jheri said. “It was like dancing in the dark. The medical establishment here, they didn’t want to talk about hormone therapy and all that. That was just ‘Eww!’.”

“From ‘76 to ‘86 it was just hit and miss, here and there,” she recalled. “I was working at the time and my employer would not allow me to cross-dress at work. I still had to do the male thing.”

Last week’s Orlando mass shooting resonated particularly to Jheri, who has seen decades worth of violence directed gay clubs and clubgoers. “There were several murders that took place here from the time I started going in the late 70s, in the disco era,” she remembered. A 1979 murder hit her particularly close to home.

“I made the mistake of bringing home some guy I had met this gay bar,” Jheri said. “[My roommate] decided he wanted this guy as his lover, so he made me leave, he made me move. Shortly after that, the guy murdered him, killed him, robbed him, took his car.”

“I had to go court and testify against this person, this was a very horrific incident,” she recalled painfully. “I felt responsible, because I had introduced them. If I hadn’t introduced them, he might still be alive.” 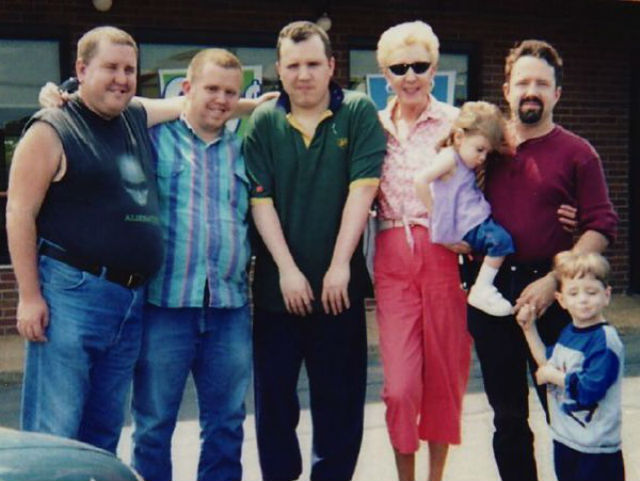 Jheri’s seen it all as a trans parent — having her children taken away from her, getting them back, raising two sons with special needs, and ultimately coming out as trans to her teenage grandchildren. She recalled the awkwardness her 17-year-old grandson had with this discovery. “He at first had some reservations about it, he was pretty confused,” she said, “He’s finally come to terms with it. He jokingly calls me his ‘grandmapa’.”

These and many many other gut-wrenching/heart-warming moments make The Joneses one of the most memorable documentaries you’ll see at Frameline, or anywhere. It’s not just about being trans, it’s about being a mother, a grandmother, and holding a family together at any cost. What some might call dysfunction, others would call deep and enduring family love. As Jheri says, “If there’s enough love there, you can overcome.”

Related: The Eight Most Awesome LGBT Films Playing At Frameline 40

On March 16, 2012, 53-year-old David Zeller was taken to SF General exhibiting numb legs and severe back pain. He left the hospital paraplegic. The Chronicle has his story, which is sad, but