An effort to make a tough stretch of the Tenderloin more "inviting" has announced the finalists in a project to add light-based art to one street. But given what you know of the area, do you think that these installations will be able to withstand the challenges presented by that neighborhood?

According to the Tenderloin Community Benefit District, which is behind the Larkin Street Lighting project, these pieces of art are intended to "help make Larkin Street one of the most inviting corridors in the heart of the city" and "create a stronger connection between Civic Center Plaza and Little Saigon." Following an application process that began in April and gave preference to those based in the Bay Area, and in the Tenderloin specifically, three finalists have been chosen, by a jury comprised of "local residents, business owners, artists, and neighborhood stakeholders."

Wanna see them? Of course you do! 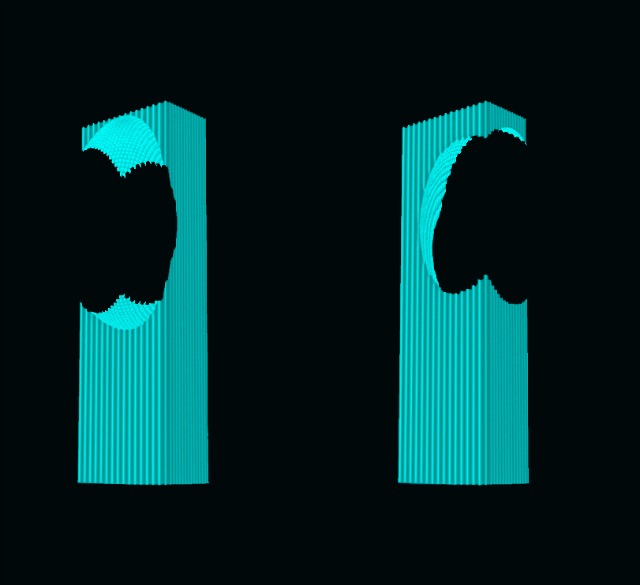 Monlithicity
From Oakland-based design firm Thurlow Small comes Monlithicity, which they say describe as "a series of monolithic light structures that provide viewing portals through the streetscape and dramatic illumination at night." 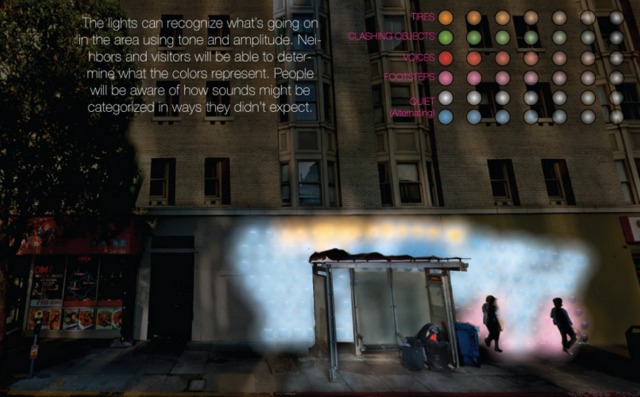 Synesthesia
From Annie Atura, Tyler Bushnell, and Jason Sauers (the first two of whom appear to be an SF-based couple if this link is correct), Synesthesia will be "a network of lights that registers the moods engendered by certain sounds, capturing the natural ebb and flow of activity through the streets."

According to Larkin Street Lighting, the final projects must:

In the end, officials expect that the projects will "help Larkin Street feel more active, inviting, and safe at night" while acknowledging the "rich cultural history of the residents and communities of the Tenderloin."

There are four potential sites for the winning installation on Larkin between Eddy and McAllister Streets, and the final project may use one or all four.

The final projects will also have to be relatively cheap, as Larkin Street Lighting, says that they "may not exceed $100,000," including "estimated designer fees, materials, insurance, fabrication, installation, maintenance and other associated expenses."

Next up for our intrepid finalists? As each were "awarded a $500 honorarium to develop their proposal further with feedback from both the Tenderloin community" and the jury that chose them, they are tasked with engaging with "local residents and organizations to refine their concept and design."

But the artists aren't the only ones who have work to do, as according to Larkin Street Lighting, no funding for implementation has been secured as of yet. Officials hope to have that small detail handled by July 6, when the winning artists will begin to build out their full proposal for their final design.

Yelp is responsible for removing defamatory comments from its site, a California appeals court ruled Tuesday. According to Courthouse News Service, the ruling stems from a 2013 lawsuit between a client and her

Oakland Police Chief Sean Whent tendered his resignation Thursday night, in the midst of a strange and sordid sex scandal allegedly involving his officers and a police dispatcher's young daughter. News of Whent's