The unofficial, unsanctioned, and gigantically popular 4/20 celebration and occupying at Golden Gate Park’s Hippie Hill held it’s annual iteration Wednesday, drawing an estimated 12,000 hippies, stoners, and the one professional Jeff Lebowski impersonator seen above. SFist was on hand to get pictures and we’ve also got the ‘high’-ly anticipated 2016 Stanley Roberts "People Behaving Badly" 4/20 pilgrimage video that you can puff or pass upon below.

The vowed crackdown on booths and concessions did not materialize, as virtually every booth seen above was selling concessions in that tweet from the SKY7 copter. The Snoop Dogg VC-funded weed delivery startup Eaze had a promotional booth so fancy it could pass at OracleWorld. But most booths were threadbare and clearly unauthorized, hawking the inevitable edibles, cold beers, water bottles, dollar dabs, dollar hot dogs, Krispy Kreme donuts, and other fare that is not among the best stoner foods in San Francisco. 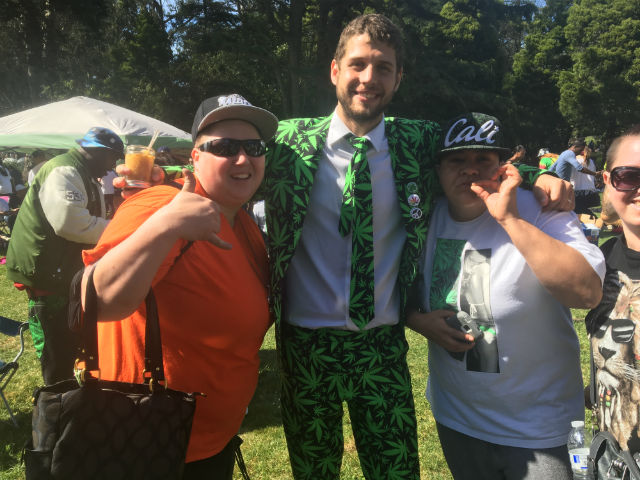 But other promised city oversights were in effect, like increased police presence, juvenile probation officers monitoring to keep children out and a proliferation of porta-potties. Eight were arrested at the proceedings, as we noted earlier, and KRON 4 cameras caught a small stampede of revelers fleeing a rumored handgun-flashing incident. 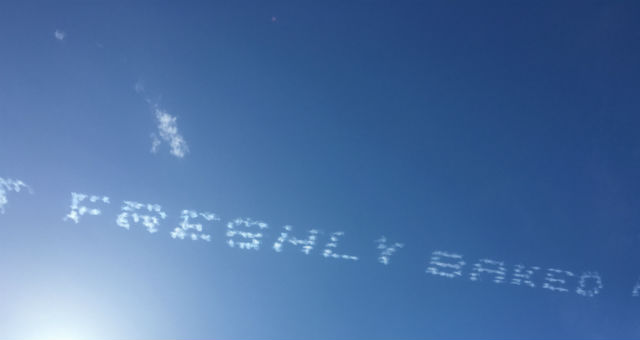 A plane flew over and did some sky writing for another marijuana startup, bringing intoxicated hooting and hollering that exceeded even the primal scream of the 4:20 p.m. catharsis. 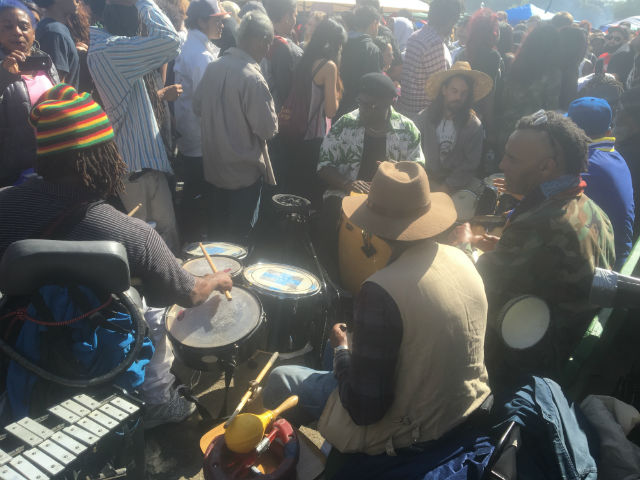 You’re not going to believe this, but a drum circle broke out! These guys might still be playing there now.

We know that as of this morning, San Francisco Rec and Parks is still there — cleaning up, as Golden Gate Park 4/20 attendees are Infamous for leaving trash behind. This annual 4/20 event produces a lot of waste. And a lot of wasted people.

How could this happen? Details are still scarce, but the legend that was Prince Rogers Nelson is dead. Many of you are probably saying, "He was just here!" and "Why didn't I go

If you caught the story about the crazed burglary suspect who led police on a totally cinematic roof-to-roof chase on the Nob/Russian Hill border on Saturday morning, you were probably wondering who

—
The Dude Abides At 4/20 On Hippie Hill, And Of Course Stanley Roberts Was There Too
Share this