Bruce Joseph had a secret. He and a couple of pals working at Anchor Brewing during the early '90s were distilling spirits.

Of course, this was all under the direction of Fritz Maytag, the company's then-owner and heir to the Maytag fortune, who saved the brewery from closure in 1965 when he bought a controlling share of the company shortly after his Stanford graduation.

Fritz was himself known to tinker with a distilling pot, and every so often, he, Joseph, and others would call for a meeting of the "Water Committee" to taste what they'd made — a code-name they said was just the title for a group testing the acidity and quality of the water used in their beer. 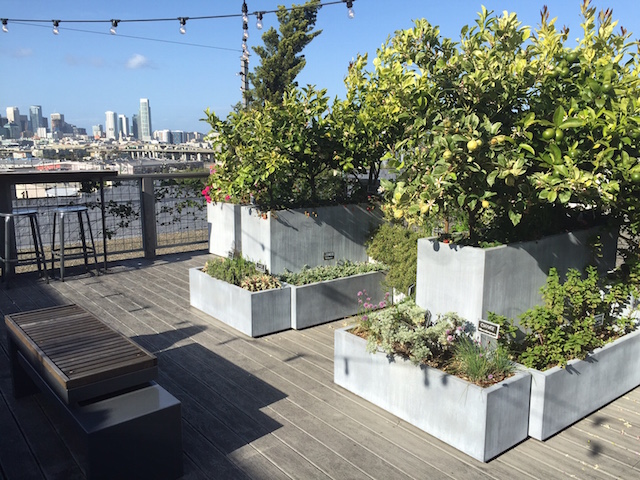 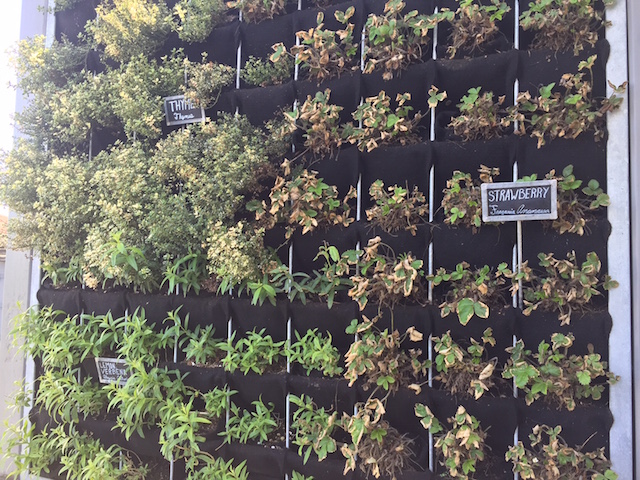 By 1994, however, the jig was up, and Anchor was marketing its spirits: first, Old Potrero Whiskey, an amber spirit that's spicy and just slightly smoky. Then came others like Junípero Gin, a clean, citrus-forward take on a London dry gin. Of course, Anchor being a brewery, the team eventually got to playing with hop-infused spirits, like Anchor's Hophead Vodka, even distilling down a version of their famous Christmas Ale, aptly called Christmas spirit. These days, Joseph is Head Distiller of Anchor's own distilling arm, Anchor Distilling. 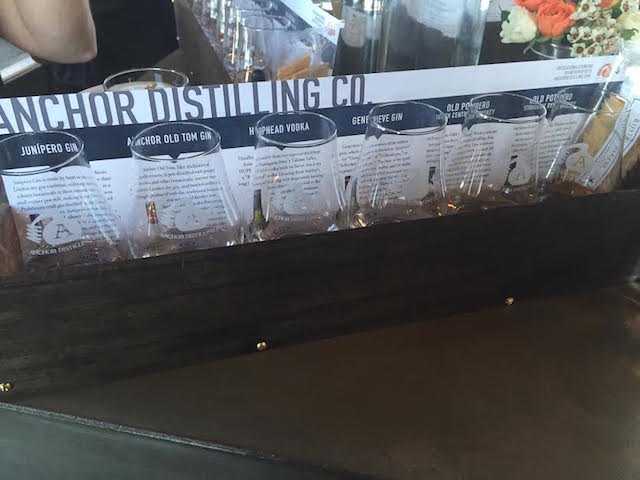 While many are familiar with Anchor as a craft brewery and have taken its rite-of-passage brewery tour at the company's recognizable Potrero Hill facility, fewer are familiar with these craft spirits. So — you see where this is going — aiming to change that is a new tasting tour from Anchor Distilling that launches on the 21st.

The Distillery tasting room now sits above the brewery/distillery in a space that Maytag once used as his own apartment for late nights on the job. The view can't be beat — you can see down to the ballpark — and herbs and citrus for cocktails grow in the sun on the rooftop garden.

Tasting room tours, which are $35, last an hour, taking drinkers through the backbone of the distilling process and the highlights of Anchor Distilling's line. And between generous pours and the view, you'll leave a little bit woozier, and hopefully a bit wiser, than you came in. 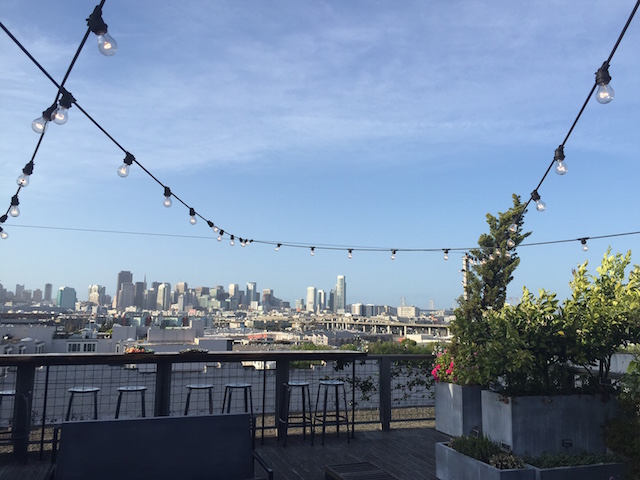 For budgetary reasons, SFist editors and contributors occasionally accept
complimentary meals from restaurants and their publicists. More often, we pay out of pocket for our meals. While we refrain from writing formal reviews, we make every effort when giving opinions about restaurants to be objective, and to focus more on food and ambiance than service in order to make up for any possible bias.

This week in the food-o-sphere, we got our first taste of The Halal Guys via delivery, both Mister Jiu's opened in Chinatown and Bar San Pancho debuted in the Mission (in the former