San Francisco is an athlete's paradise. Weather is usually suitable for a run or a hike, hills are themselves a training regimen, and yoga studios seem to be city-mandated every few blocks. But as far as streamlining your workout and getting the best possible results? Here are a dozen local gyms offering equipment and classes that are well worth your time, money, and of course, effort.


Alex Fitness
Nestled on a second story above Market Street in the Castro between the neighborhood's two larger gyms, Fitness SF and 24-Hour, Alex Fitness is the less crowded, much quieter option for those who don't care to see and be seen whilst curling and crunching. It's also going to be a lot less dominated by a bevy of gay men who know each other, like nearby Fitness SF, which will be a welcome environment both for women and non-scene types. Equipment is new and plentiful, as shown here, though the ceilings are kind of low. And rates are reasonable if you commit, with a full year membership coming out to $45/month, plus a $99 sign-up fee. It's $70/month for no commitment, with two months paid up front. —Jay Barmann
2275 Market Street between Noe and Sanchez Streets, second floor 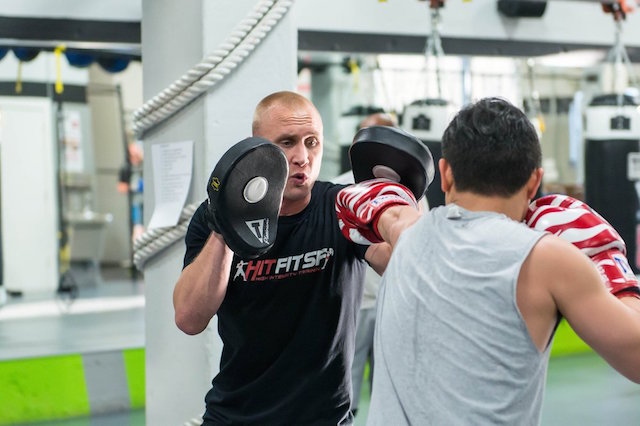 HIT Fit SF
Hitting your fitness goals is rarely so literal as at Hit Fit SF's boxing classes. Members can also pop into any of HIT Fit's boxing, TRX, and circuit training classes, so you don't have to go Rocky unless you want to. "We don't use machines," their tagline goes, "we build them." If that's enough to get you jacked up, you're in the right place. —Caleb Pershan
2345 Harrison Street between 19th and Mistral Streets 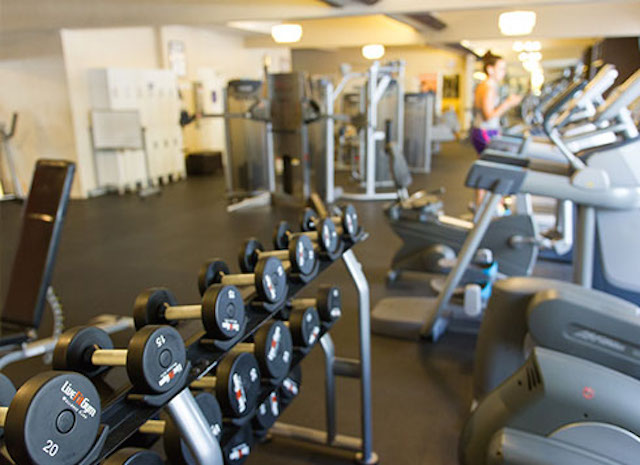 LiveFit Gym
Though the name may call to mind a scribbled note placed next to a baggie of carrot slices in your lunch box by an overeager mom ("don't forget to always live fit, Timmy!"), the LiveFit Gym Wellness Club really is a great place for well-rounded fitness. With four locations (Hayes Valley, Mission District, Polk Street, and Nob Hill), and a bevy of classes and services (yoga, acupuncture, personal training, etc.), the spot pretty much is guaranteed to have what you're looking for. Also, the Mission location opens at 5:30 a.m. and doesn't close until 11 p.m., so there's plenty of time to get your pre and post-work sweat on. — Jack Morse
675 Valencia Street at 18th Street 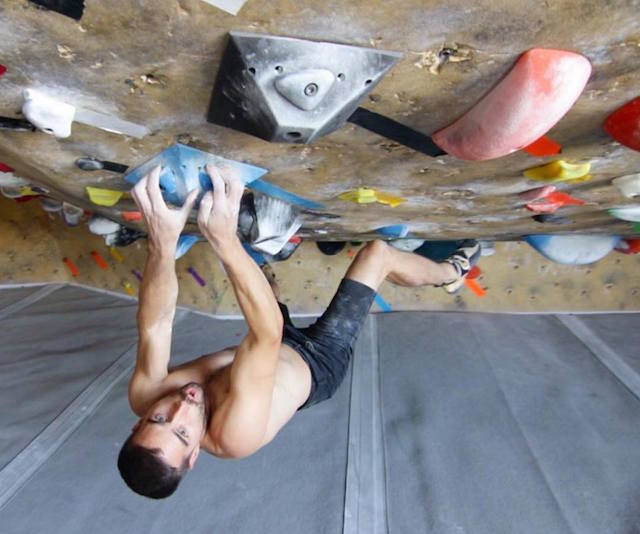 Mission Cliffs
San Francisco gym-goers have a giant warehouse-sized spot in their heart for Mission Cliffs, the climbing mecca that also offers cardio boxing and restorative yoga classes. Definitely not your typical exercise spot — you're likely to see more people dangling upside-down than lifting weights — Mission Cliffs nevertheless does offer a weight room, exercise bikes, and treadmills to compliment those eponymous polymer walls. Oh, and if you're one of those people who somehow later in life found themselves with children, the gym has a party room that you can rent for the spawn's birthday celebrations. With multiple areas suitable for all skill levels, the gym is a perfect place to work out while having some fun in the process. — Jack Morse
2295 Harrison Street at 19th Street 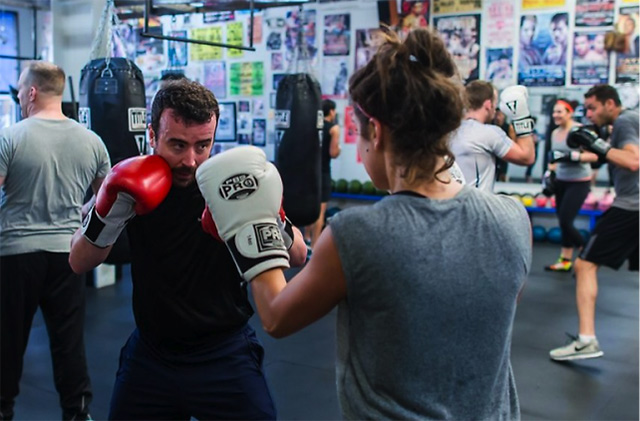 Polk Street Boxing Gym
Anyone who thinks Barry's Bootcamp is for wusses might want to consider the four- and six-week boot camps Polk St. Boxing Gym offers, all of which are actually lot more like a real boot camp than a Lululemon luxury. You're going to get run around Russian Hill at 7:30 in the morning (rain or shine or most likely fog); forced to jump rope, box, and do some serious circuit training involving weights and huge rubber tires and stuff. If all you want to do is learn a little boxing, you can do that here too, with a four-session introductory package going for $70, or you can just take a single class for $25.—Jay Barmann
1150 Sutter Street near Polk Street 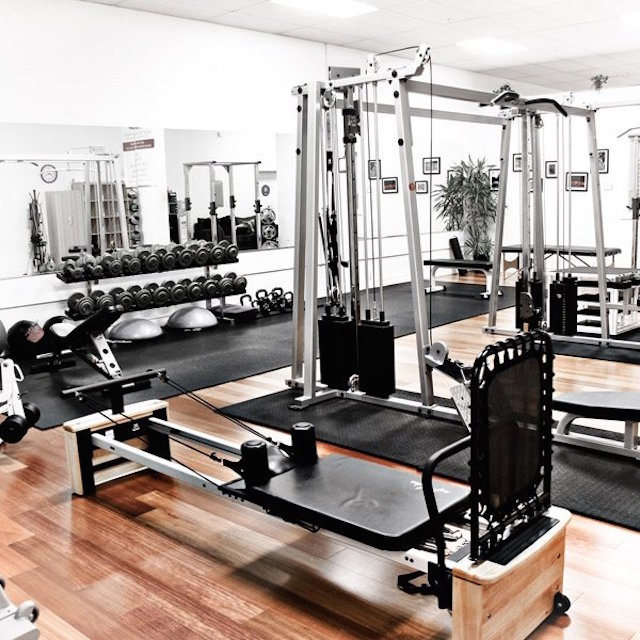 Raise The Bar Fitness
Instead of some standard gym where you convince yourself a few times a week to run on the treadmill before haphazardly lifting weights while listening to podcasts, Raise The Bar Fitness is focused solely on personal training. That means every time you walk through the doors, you're in for a directed workout and fitness assessment guided by an expert in their feild. This is just the thing if you are actually motivated, but just not 100 percent sure where to start — or how to improve once you've begun. — Jack Morse
2535 Judah Street between 30th and 31st Avenues and 1655 Taraval Street at 27th Avenue 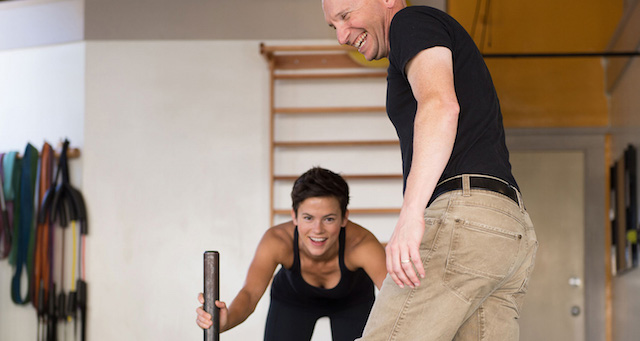 Regular Exercise
Regular Exercise is, as the name suggests, a place to get down to business and develop a regular and healthy exercise routine. Intentionally eschewing whatever the latest workout fad is (*cough* SoulCycle *cough*), the trainers at Regular Exercise work with you to develop a long-term plan to reach your health goals. Along that vein, the gym also offers nutritional counseling, so, you know, you can eat right while you get right. — Jack Morse
1401 Clement Street at 15th Avenue

San Francisco CrossFit
CrossFit, as you likely already know, ditches the standard machines that you'll find in most gyms and instead asks you to pull, climb, push, run, and lift as you remain in constant movement. It's often thought of as a workout routine for people who don't like gyms, and its focus on functional real-life movements (as opposed to just curling that damn barbell over and over again) has gained it a cult-like following. The Presidio location is huge, and welcomes all skill levels. So go have some fun. — Jack Morse
1162A Gorgas Avenue between Girard Road and General Kennedy Avenue 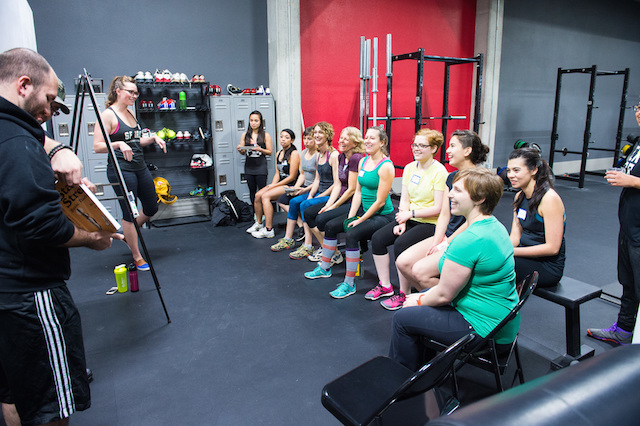 SF Iron
Do you even lift, bro? The answer at SF Iron is yes, yes you do. Instructors teaching weight training will motivate and inspire regardless of your background, so squat and deadlift your way to a new, more confident you — even if you're not the typical grunting lifter type. "Strength for all," that's their motto. —Caleb Pershan
545 Folsom Street between 1st and Essex Streets 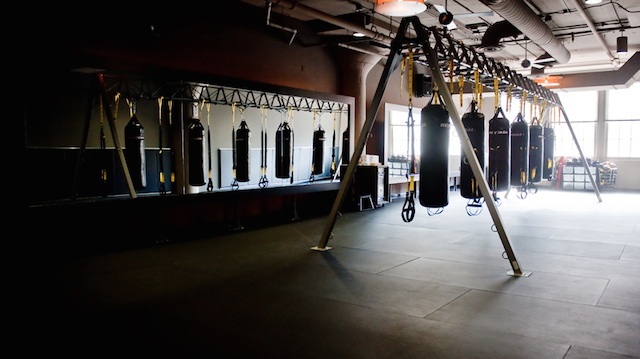 Studiomix
Studiomix has the obligatory exercise machines and free weights, but here, the emphasis is really on classes, and a whole buffet of them in seven different studios. Try yoga, spinning, boxing, and even climbing on their indoor wall. Instructors have a strong reputation for their teaching skills and are happy to show you the moves, or, as the case may be, the ropes. All the amenities await in the same building as the AMC Van Ness, meaning you can totally sit back and treat yourself to a movie afterward. Grab a smoothie or a salad on your way out at their Green Lid Cafe, while you're at it.—Caleb Pershan
1000 Van Ness Avenue between Geary and O'Farrell Streets 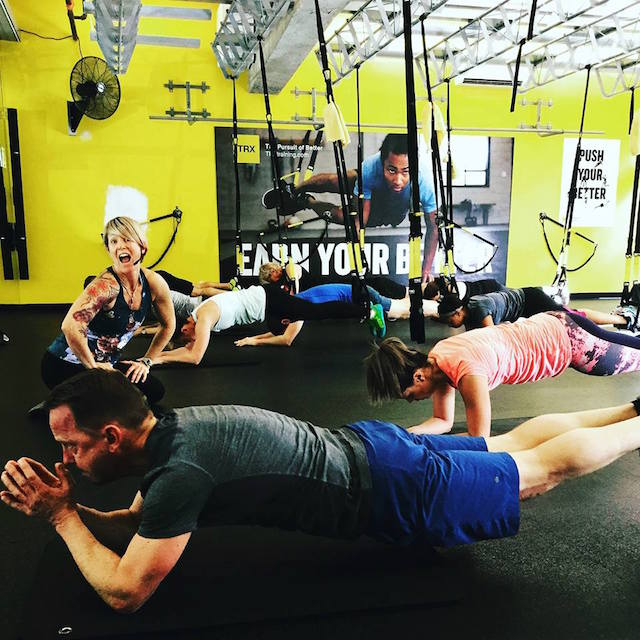 TRX Training Center
Train like a Navy Seal with TRX, a method of body weight resistance and proprietary equipment sure to test your endurance. Total Resistance Exercise works your whole body as you dance around from hanging straps — doing lunges, pushups, you name it — which would maybe feel silly if it didn't burn so much. Top-notch instruction will keep you focused and dynamic in your practice, and you can count on a whole body workout you'll be proud of. —Caleb Pershan
1660 Pacific Avenue between Polk Street and Van Ness Avenue HIT Fit SF via Yelp

We all know BART has a well-earned reputation as a grimepit, from the skin-infection hosting seats to their infamous poop escalators. And the problem seems to be getting worse, as a study from

In a survey of 929 tech and healthcare startup executives, Silicon Valley Bank has made a shocking discovery. Just 64 percent felt business conditions would improve this year, writes Wired, representing an 18