It's not the first van or truck to be in this column, and it won't be the last probably, but this sleeper van picked up by Curbed this week really takes the cake for bottom-of-the-gutter accommodations in These Troubled Times. It's not even an RV or box truck, it's just a regular, new model Dodge Caravan that someone probably bought for Burning Man purposes but now realizes is a pain in the ass to store and/or park in the city. The rear seats have all been removed, and it's been outfitted with a double bed.

The decorative throw pillows are a nice touch, but they do not make this any less of a low point for pretty much anyone considering it. 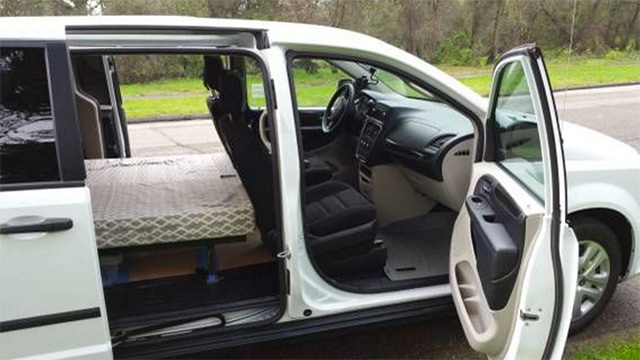 On the plus side, unlike that box truck of yore (which in retrospect could have been fake?), the owner of this van is going to let you drive it around if you like, and "be adventurous," presumably just so long as you bring it back by late August.

The owner of the van suggests that it's perfect for all those who are employed at accommodation-rich tech campuses, saying a renter should "take advantage of your company showers, food, and parking lot," and they say it's previously been parked at "different tech companies."

Oh and look, there's a picnic/bar thing in back, perfect for al fresco dining. 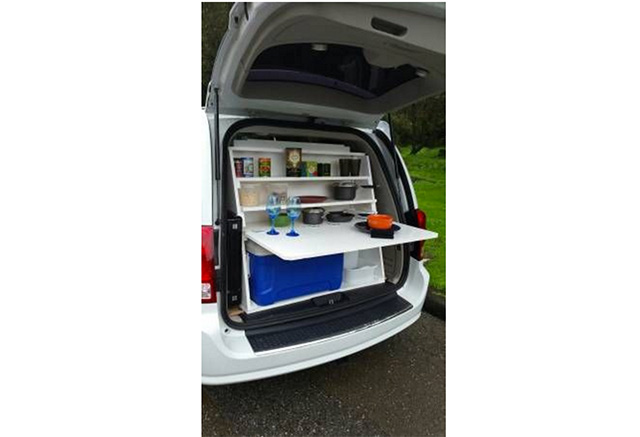 At $45 a day or $800 a month, this doesn't make a hell of a lot of sense given that you can probably rent your own car or van for that  and maybe a lot of people pointed that out to the poster because s/he pulled the listing down.

Meanwhile, elsewhere on Craigslist, there's this fully functional RV available to rent for $600 a month, and it's got 200 square feet of living space and even comes with a guest bed. Clearly a much better deal for the brick-and-mortar apartment averse. 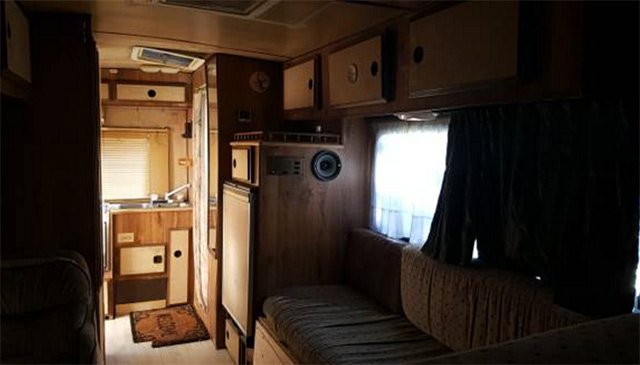 Sure there's probably a few years worth of playa dust in those cushions, but who cares? You're living the dream. Nothing to tie you down. And such cheap rent! 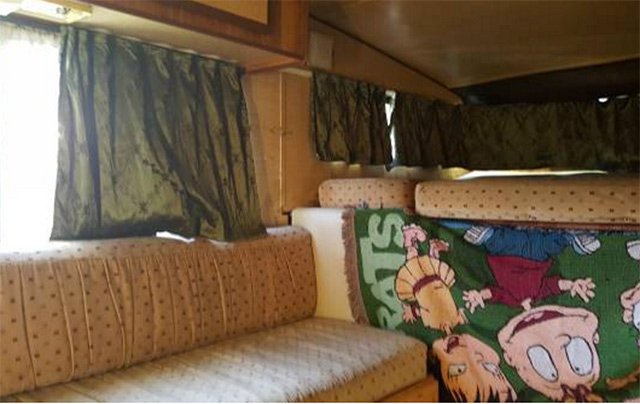 Soldier on, you crazy kids.

Maybe if someone in this godforsaken town would just start listening to Gawker more, we'll have some affordable housing, sans wheels, for you sometime real soon.

Until then, there'll always be someone to make you pay them for keeping their Burning Man vehicle from getting too many tickets.

Once upon a 1:38 a.m. dreary, while a Sebastopol resident pondered, weak and weary, Over many a quaint and curious volume of forgotten lore— While they nodded, nearly napping, suddenly there

The Dean of UC Berkeley Law School sexually harassed his employees, but was allowed to keep his job out of concern for his future career prospects, a suit brought by a former employee