When the iconic, clothing-optional Harbin Hot Springs was destroyed in the Valley Fire six months ago, the famed retreat center up north in Middletown quickly vowed to rebuild. After initiating a planned redesign in December, this week Harbin announced on their website a three-phase reopening plan with the first phase tentatively slated for completion in “late Summer or Fall 2016”. The announcement coincides with the final push of a crowdsourced fundraising effort, which you can still donate to under the Staff Relief Fund section of Harbin.org through this Saturday, March 12 — the six-month anniversary of the day the fire swept through Harbin.

“Normally a large project such as this would take years of planning and preparation, however we are hoping to expedite access to the pools for guests and residents.” Harbin human resources manager Eric Richardson told SFist. “We are attempting to reopen in three phases or stages. We plan the first phase of opening sometime later this year, perhaps late Summer or early Fall. Of course there are many variables that could force us to postpone this, but it’s our intention to open with limited services as soon as we can.” 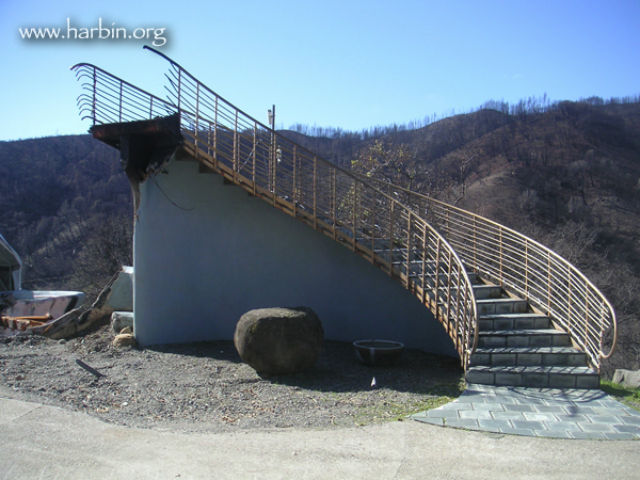 The March update to Harbin’s "Reopening and Rebuilding News" announces plans for an initial reopening later this year. Daytime and camping visitors will have access to the pools, "a reception area, food service area, massage area, changing area and bathrooms, but guests must expect to 'rough it' compared to the Harbin of recent years."

The second phase "Basic Accommodations and Facilities" is scheduled to begin this autumn, with a completion in 2017. Per the announcement:

While day visitors and campers have access to the pools, we will begin rebuilding select buildings that were destroyed in the fire, including twelve Grove Cottages for overnight guests, and a replacement structure for Domes 1 & 2. A pool-area dressing room will be added on mainside, as will a camping-area pool complex with a guest kitchen and small grocery/market.

Construction away from the pool area will allow us to prepare mainside sites for the final phase of development. That said, guests will need to become accustomed to construction activity, as it will be a year-round effort.

The third and final phase returning the resort to full operation is expected to go through 2019 and beyond.

This phase will involve building mainside guest rooms, a restaurant, market, gathering/meditation spaces, and a large conference/workshop facility. Staff housing and administrative spaces will be built, while the water, sewer electrical, and telecommunications systems will be brought up to full operating capacity. 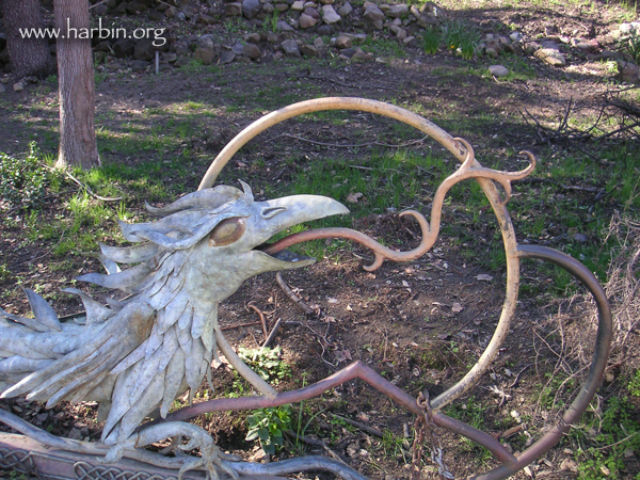 While Harbin’s reconstruction figures to take the rest of the decade, this tiered reopening could see your naked self soaking again at Harbin’s pools as early as this summer. But to Harbin’s nearly 300 staff and residents, the Staff Relief Fund is a more immediate concern.

“At the end of this month many of our residents and staff will face the end of their disaster unemployment relief benefits so it’s a critical time for folks still looking to reestablish their lives,” Richardson said. “It’s nice to know that this fund will be providing yet another timely and generous gift before it’s completion.”

You can contribute to the Harbin Staff Relief Fund through Saturday, March 12 at Harbin.org. For continued updates on the rebuild, check Harbin’s community update blog The Post, subscribe to their email newsletter or check the Harbin Hot Springs Facebook page.

Sure, San Francisco's Animal Care and Control's director called Tuesday "just another day at the office." But for the rest of us, it was the day a pig unleashed holy hell on the

Will SF's parks and library suffer if we shut off the oil funds pipeline? [SFist] Why it’s so hard for the Giants to make a “splashdown.” [Beyond The Box Score] California's first