Sure, San Francisco's Animal Care and Control's director called Tuesday "just another day at the office." But for the rest of us, it was the day a pig unleashed holy hell on the Mission District. 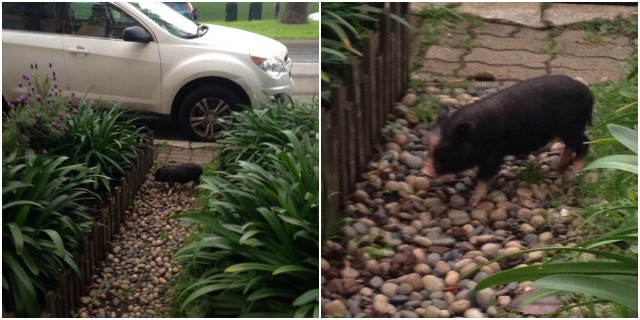 According to Campbell, by the time ACC Sergeant Ellie Sadler (so close!) "arrived at the scene, a crowd of good Samaritans was in the process of rounding up the precocious porker."

However, Janice fought to escape justice, leading Sadler and her volunteer assistants on "a merry chase." That's when Brother Damian of the Society of Saint Francis stepped in. According to the Chron, the "46-year-old Franciscan friar said he was conducting a morning prayer service when a St. Francis deacon ran in and alerted him of the little porker in the street."

What followed was a chase that put the one in Bullitt to shame, as Janice led the holy man on "a three-block up-and-down and up-and-down chase...It was a quick little piglet."

In addition to Brother Damian, Janice's chase team included an unnamed "man in a business suit, who was reportedly "on his cell phone saying, ‘I’m going to be a little late. I’m chasing a pig,’” and a construction worker, who the Chron reports ultimately nabbed the 10-pound beast. But it was the clergyman who got his picture taken with Janice. What a typical Mission Bro, huh? 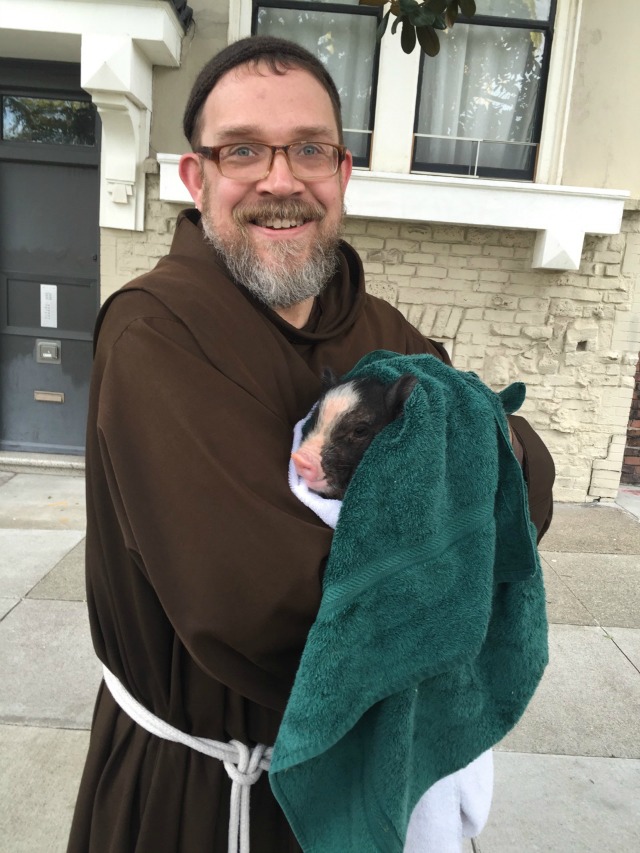 For now, Campbell says, Janice remains in ACC custody, as "we're here to shelter all types of animals - piglets included," ACC executive director Virginia Donohue says. Her guardian has five days to claim her, Campbell says, "and if no one comes forward, Janice will most likely be offered to a rescue group that specializes in all things pig." 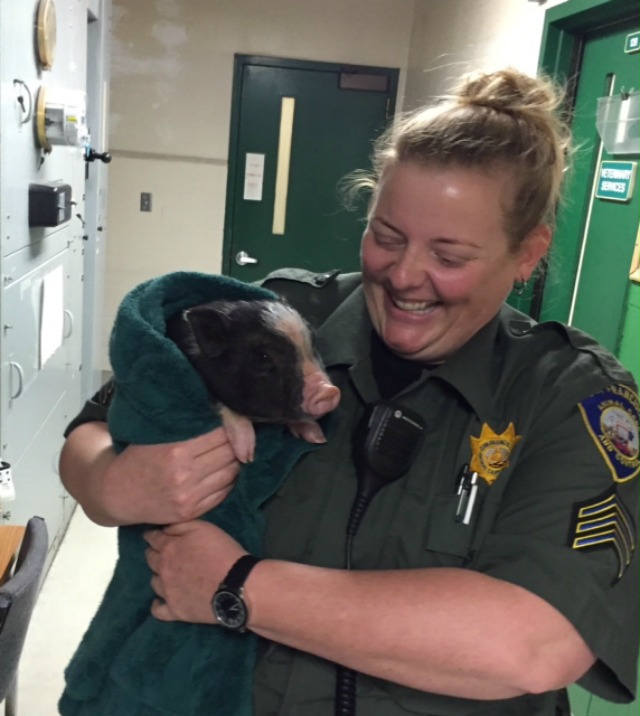 "You win this time, Sadler," Janice muttered. "BUT NO BARS CAN HOLD ME!"
The SF ACC titled these photos "Janice on the loose." I think they should have titled them FEAR HER.

The tragic sequence of events that led to the death of Alex Nieto on March 21, 2014 got a new and weird detail added to it with the conclusion of witness testimony on

When the iconic, clothing-optional Harbin Hot Springs was destroyed in the Valley Fire six months ago, the famed retreat center up north in Middletown quickly vowed to rebuild. After initiating a planned redesign