The stretch of Clement Street occupied by new restaurant Fiorella is a bit more Italian than you might expect, with long-time neighborhood standby Ernesto’s just down the street, and Luna Rossa (the former Mescolanza) a block away. Is there enough demand for Italian food in the Richmond District to support a third offering? If the crowd at last night's opening was any indication, the answer is yes, and Fiorella seems up for the challenge.

Co-owner Boris Nemchenok, who also owns Lower Haight small-plates spot Uva Enoteca, grew up in the Richmond District, he says, and it showed as he asked folks who came in "are you from the neighborhood?" (A far cry from other restaurants I've visited in SF's outlying areas, many of which appear to hope that their well-heeled patrons will come from elsewhere and the "schlubby" locals pass them by.)

That lack of pretension manifested in the food, too. Look, it was opening night and there are still bobbles to work out — Nemchenok himself admitted that chef chef/partner Brandon Gillis (late of Brooklyn pizza fave Franny’s) and chef de cuisine Gavin Braid (Park Tavern) were still working out the kinks in their pizza's dough and oven, which you can see in the shot below. 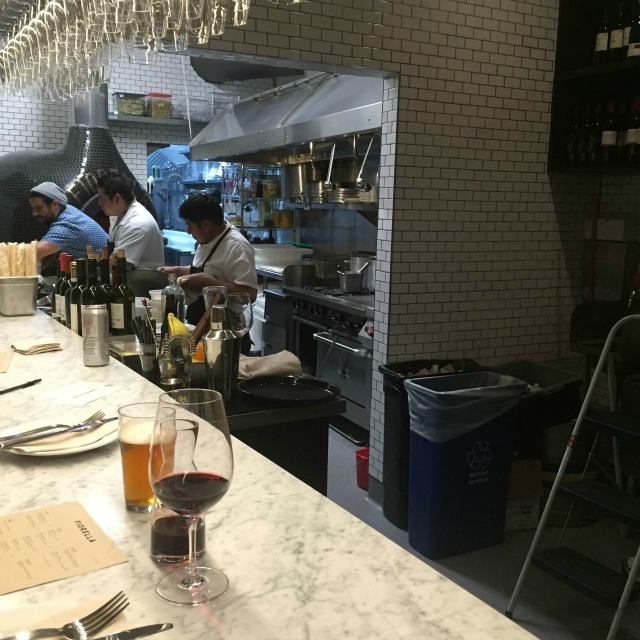 And, yeah, the pizza was a little blonde — but if he hadn't mentioned anything, I wouldn't have thought that much about it. The crust still had a lovely spring, and the char was fantastic. Even on opening night they were vying to displace Pizzetta 211 as my favorite west side pie. 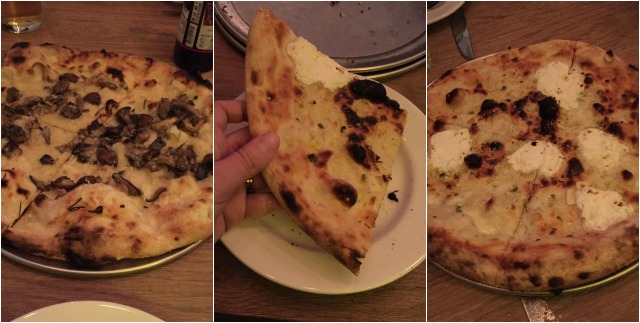 Though Fiorella had two pasta offerings last night, nearly everyone I saw (I was seated at the large, communal table at the front of the place so I had a pretty good view) went for the pizza. A lot of salads also seemed to be moving, a good choice, as the arugula, hazelnuts, and pecorino one I tried had a great, edgy bite. (But photographed horribly, so I will spare you my shot of it.)

For dessert we had a budino (think pudding's hotter cousin) made with Guittard chocolate. A nice full-circle there, as Nemchenok reportedly worked at Guittard as a kid. It was a great end to the meal, not too dense and just sweet and bitter enough (like life, y'all. Like life.).

And, you guys, look at that wallpaper. 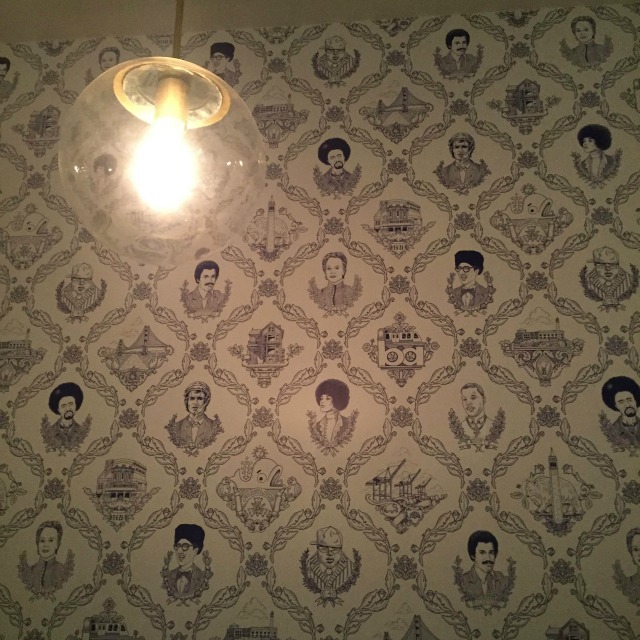 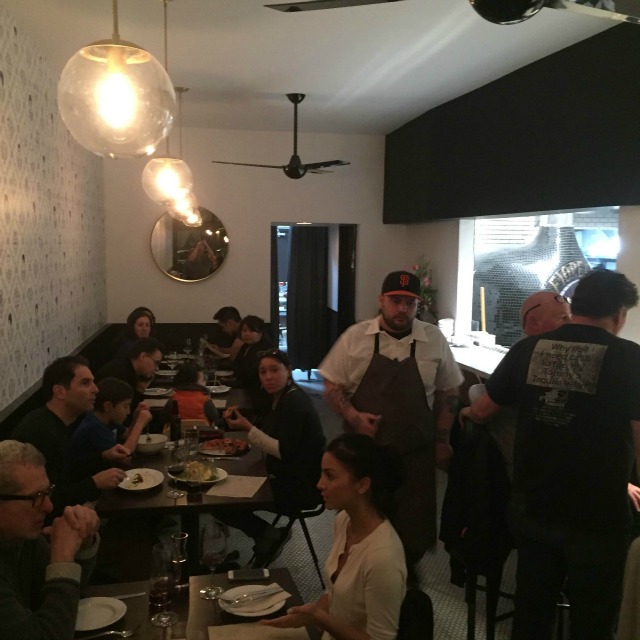 As a long-time inhabitant of the western edge of San Francisco, I have to say that I'm pretty stoked by how much I enjoyed my meal at Fiorella. Like Andytown on the other side of the park, they don't seem to strive "save" or "hipsterize" their neighborhood, they just seem focused on serving terrific food (they say they'll be serving brunch eventually, too) and drinks (solid wine list, well-curated beers, no hard booze as yet) to folks from one block or 5000 miles away. Keep it up, guys.

I know you didn't need one more thing to make you hate the Super Bowl, but here's one more anyway. This guy, Cal, is renting his three-bedroom North Beach apartment on Airbnb for