The District Attorney's Office made it known this morning that DA George Gascón would hold a 1:30 p.m. press conference today to announce corruption charges against an as-of-yet unnamed person or persons. Joining Gascón will be City Attorney Dennis Herrera and the special agent in charge of the Federal Bureau of Investigation's San Francisco office.

Speculation has been rife that some City Hall staffers or former staffers — possibly Lee's Human Rights Commission staffer Zula Jones  will face charges. If you remember last August, a filing on behalf of Raymond "Shrimp Boy" Chow alleged corruption by numerous state and city officials. The most damning element of the filing, it appeared, was evidence obtained by the prosecution which apparently depicted Jones acknowledging her participation in a corrupt City Hall.

"You got to pay to play here," Jones was quoted as saying. "We got it. We know this. We are the best at this game, uh, better than New York. We do it a little more sophisticated that New Yorkers. We do it without the mafia."

FBI Special Agent in Charge David J. Johnson says that "there is no acceptable level of corruption," and that the investigation has been going on for "quite some time."

"We will continue to pursue this case to its logical conclusion," noted Johnson, furthering "if you violate the publics trust, we will find you and we will stop you."

Apparently the three have yet to be arrested, as they are not considered flight risks.

We will continue to update this post as the story develops. 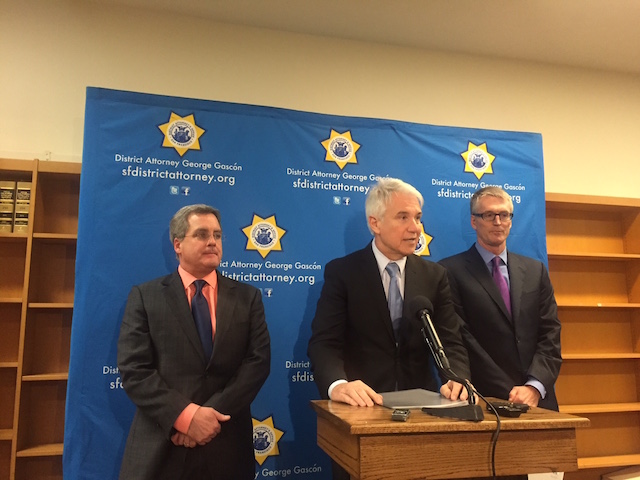 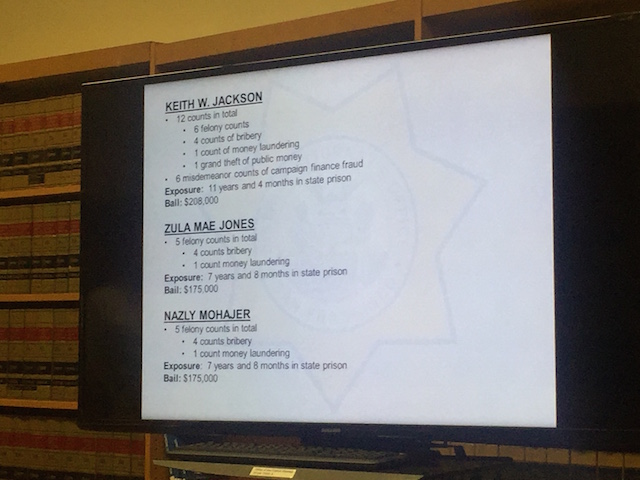 “Any perversion of the public trust will be met with severe consequences,” the statement quotes Gascón as saying. “Corruption casts a long shadow on our institutions and the public’s notions of fairness. This is a sad day for San Francisco, and we have a lot of work to do to repair the people’s confidence in city government.”

More details from the press release:

According to court documents, Jackson, Jones, and Mohajer are charged with soliciting and accepting $20,000 in bribes from an undercover FBI agent in exchange for promised political access and preferential treatment in connection with city contracts. The three defendants are also charged with money laundering. Jackson is additionally charged with six misdemeanor counts of campaign finance fraud for using straw donors to unlawfully funnel bribe money to political campaigns.

In a separate scheme, defendant Jackson - who was a board member of the San Francisco Board of Education between 1995 and 1998 - is charged with grand theft for falsely promising a woman in 2012 that he could place a child in a preferred San Francisco public school in exchange for money.

A year after Out Of The Closet and the AIDS Healthcare Foundation moved out of their space at Church and Duboce across from the N-Judah stop, a new tenant is readying for arrival.