The hour draws nigh for Lucky Penny. Yes, at the intersection of Geary and Masonic, the old-school, late-night, sometimes iffy diner's time has unfortunately run out, which Hoodline reports and recent Yelpers corroborate.

A proposed 7-story, 21 two- to four-bedroom unit mixed-use building is apparently moving forward, as we noted back in May when it was undergoing environmental review. Retail space of 11,000 square feet will house something when it's built, but perhaps a store or restaurant more in line with next door's Trader Joe's. Meanwhile Lucky Penny will languish in our thoughts — and, on late, foodless nights, in our stomaches.

There's been a diner of one sort or another at the Lucky Penny spot for quite some time. The Copper Penny Family Coffee Shop dated to the '60s, a part of the same institution as IHOP and House of Pies. It's likely the space housed a similar operation before that, but memory fades.

If you've got time to head in to Lucky Penny before Christmas Day, have, I don't know, one more cup of coffee before they go.

Hoodline also has an update on the structure, not completely finalized, that will stand in its stead. 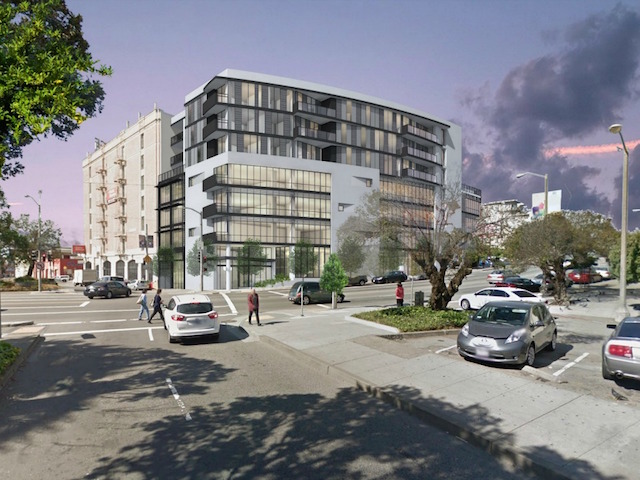 "We continue to work on the building and have had positive meetings with the Planning Department and with interested neighbors and merchants in the area," Riyad Ghannam of RG Architecture shared with Hoodline. "We are working to incorporate feedback from both the department and community members now.

It's been raining in Tahoe. Like, a lot. Over the past 24 hours the lake has reportedly risen 1.92 inches — a height increase that roughly translates to 6.39 billion gallons of

SpaceX finally did it. The pioneering company in contract with NASA to deliver astronauts to the International Space Station managed yesterday to vertically land its Falcon 9 rocket on a landing pad in

—
Lucky Penny To Close For Good On Christmas Eve &#8212; Then This
Share this