We're at the point where I don't balk at $3800 a month for a studio. There are definitely studios going for that and more, with views, in The Jasper. But that's SoMa. That's downtown where all the tech money is, and where everybody who works down there wants to be so they don't have to ride Muni or spend half their paychecks on Ubers so they can sit in traffic. What about $3800, though, for a studio in Sausalito, over a bridge, that's completely average looking and probably, actually, quite tiny?

That's what these jerks are trying to sell you with the help of a fancy, video-tour website. The studio, listed here on Craigslist, is one of three in a renovated building, and it appears it was even staged for the photos, because it's not listed as furnished.

Here would be the "amazing view" over the Bay to the City. Not knocking it. I'm sure it's nice. 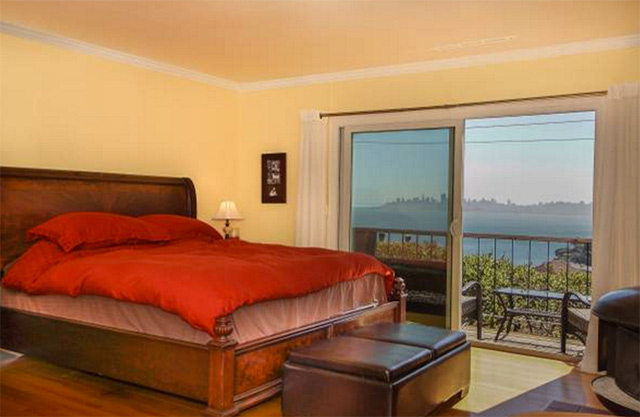 And here's the cramped little kitchen that you'll get for $3800 a month, shot with a wide-angle lens. 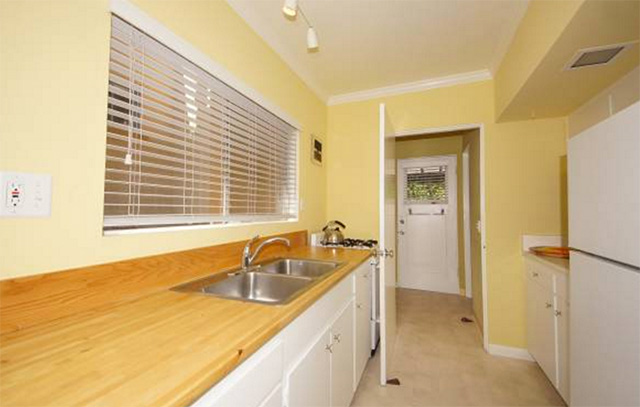 And this photo taken with a wide-angle lens using the best skills in the realtor's bag of tricks, suggests that this place is actually quite small and they're trying to make it look much bigger. 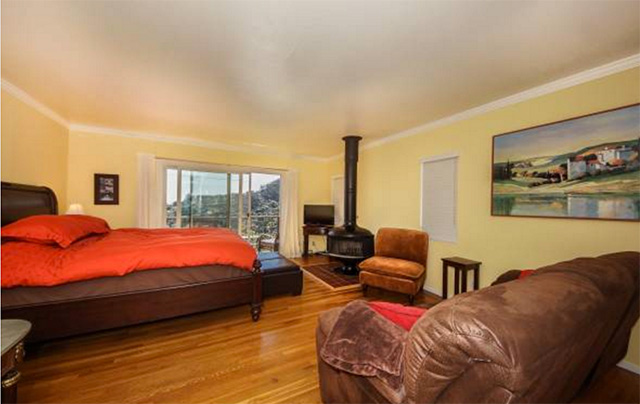 No square footage is given in the ad, which focuses on the view and the close proximity to downtown Sausalito. Also there's "your private deck that is perfect for al fresco dining."

The deck, actually, is quite narrow, but sure, you might be eat there by yourself. 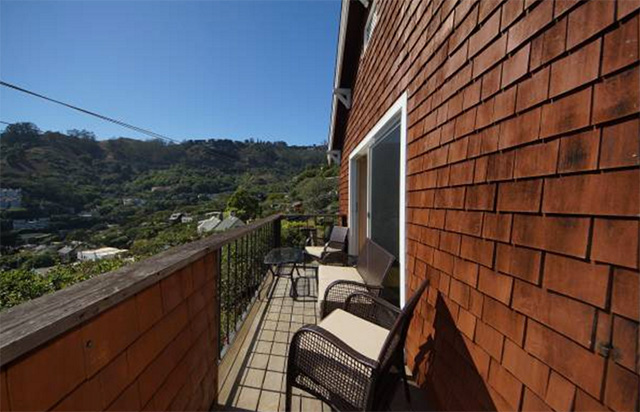 They must be having at least a little trouble renting this place because they're doing the one-month-free deal if you sign a two-year lease.

But hey, somebody who wants to live alone, likes views, and doesn't like living in an actual city will probably come along eventually.

Only here's the other sticking point: Water and trash pickup aren't included in that very high rent. There's a flat $89/month "fee" the that landlord will be collecting, presumably from all three tenants, to cover that. So the rent is actually closer to $3900.

A quick look at other Sausalito listings shows that you can get a studio there for $2000 less than that, or $1900, and it even has a cute view.

A double-decker tour bus with an open-air top reportedly lost control and crashed into the construction site of the new Apple flagship store, at the corner of Post and Stockton, just before 3

The trial of Raymond "Shrimp Boy" Chow continues today, and yesterday one of prosecutors' first witnesses who was a former Chow associate who struck a plea bargain in exchange for his testimony finished