For when Zipcar just won't do, darling, Audi is launching a new service, Audi at Home, available to lucky San Franciscans and residents of our sister city in luxury, Miami. This is an expansion of Audi's earlier announced Audi OnDemand program, in which you can order up various Audi models delivered to your door, only now the cars can also be retrieved by residents of the LUMINA condos, right in their own garage.

Tech Times and Slash Gear report that residents of the LUMINA  a SoMa spectacle whose penthouse listed in February for $49 million, making it SF's most expensive address  can soon use Audi's app to call around an S7, S5 Cabriolet, SQ5, TT Roadster, Q7, or RS5 Cabriolet from the comfort of their smartphones.

As noted earlier, Audi's on-demand car-sharing app is basically like Zipcar only way more expensive, with a convertible R8 Spyder running you a cool $1,285 a day. The difference now is you won't have to wait as long for your car to appear if you already live at the LUMINA  the fleet will be right there when you need it, and if you're having more of a basic A5 sort of day, then that will only cost $200. 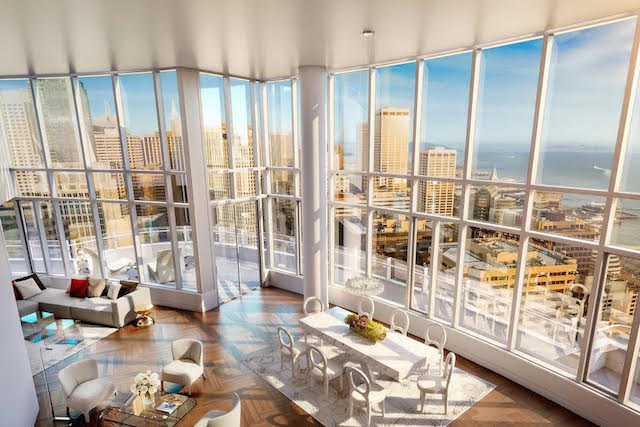 In Miami, Audi at Home will launch at the Four Seasons, and the plan is to expand in both cities and beyond. Is it a sign that Audi anticipates changes to car ownership in the era of Uber and driverless vehicles? Is the company shifting lanes into the "sharing" economy, as pioneered here in the Bay Area? Yes of course, darling, don't be silly.

The San Francisco Police Department is seeking a knife-wielding party bus rider today, after he reportedly stabbed another partier/rider in the chest. The Ex reports that at 2:52 a.m. Sunday,

What's sure to be the colorful trial of Raymond 'Shrimp Boy' Chow kicked off Monday with opening arguments, and already there is talk of mafia-style hits and steak dinners with an FBI agent