Thanksgiving week will mark the end of an era for Castro nightlife as drag queen DJ and promoter Juanita More is ending her weekly party at Q Bar, Booty Call Wednesdays. Eight years on, More says of the still popular event, "It was a bittersweet decision  but one that I was ready to make."

The party's been going on so long, in fact, that the bar had a different owner and name when it launched back in November 2007, growing quickly from a monthly club night to a weekly and becoming the one Wednesday thing Castro denizens could always count on  apart from the perennial Whitney- and Britney-centric playlist at Badlands.

"To me the most amazing thing about the party is how many people it connected," More tells SFist. "It created its own little community in the Castro of art and music lovers. Whatever I create in the future will continue to be filled with those things  as they are just part of me."

Signatures of the party were always the ever-changing photo booth backdrops in the back room, often elaborately constructed creations by young local artists, as well as the midweek-in-Manhattan vibe provided by the eclectic crowd  often including several drag queens  and non-pop, deep house music soundtrack provided by a rotating cast of DJs, many of them internationally renowned. Also, More had a habit of hiring unconventional go-go dancers  sometimes male, sometimes female, often incorporating drag and never the expected, pretty-boy choices seen elsewhere around the 'hood. 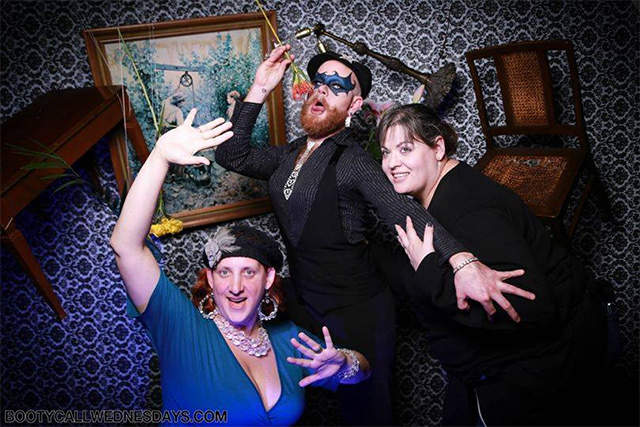 "I hope the model of [Booty Call] continues to inspires other freaks, artists and music lovers to create something different," More wrote as she made the announcement today on Facebook. "I want to say thank you to all the amazing people that have passed through this party sharing your talent, love and energy."

For those who've never been, you've got three more weeks to check it out, and it's likely to ramp up in terms of the density of the crowd as longtime fans and party monsters crowd onto the tiny dancefloor to say goodbye.

Now doubt, More will probably be throwing a new event soon, but for now, many are going to feel this void. Many fans are already waxing nostalgic on this photo album that More has been collecting since last week of Booty Call portraits of the last eight years.

Below, the schedule of DJs, photographers, and backdrop artists for the final three Wednesdays.

Please join me over the next three weeks to celebrate the party that started in the last days before hook-up apps became ubiquitous, when you went out to make out. I have had the greatest pleasure of connecting with so many amazing people.

A photobooth example. Many more here and here.

The Bay Area theatrical tendency to adapt movies and TV shows to the small stage is a well established trope, with the recent run of the Dark Room Theatre and Heklina’s series

Yesterday's victory over the Atlanta Falcons brought the San Francisco 49ers their third win of the season, and showcased the talents of second string quarterback Blaine Gabbert. However, if Sunday's showing from fans