There are men who kidnap and imprison women in order to keep them as their own personal sex slaves, often for years. This is a real thing that happens, and that fact will never cease to sicken me and completely freak me out. So, starting with a premise like that means Room is a tough film to experience. Some might wonder if it's worth it. I think it is, primarily for the extraordinary performances from Brie Larson as Ma and Jacob Tremblay as her five-year-old son, Jack.

Jack narrates much of the story, so we see things through his young, literally sheltered eyes. Room, as Jack calls their prison, is all he knows, and as such, it's much less of a prison to him as it is to Ma. The objects around him are treated like friends, and named: Lamp; Wardrobe; Meltedy Spoon. Excitement can be had in the changing shadows on the wall. A child's imagination can blossom even in the most constricting of settings.

But the concept of a world "outside" is difficult for Jack to comprehend. A skylight is their only view outside of Room, and a patch of sky is all they can see; a blurry TV serves as the bigger window. Ma does her best to teach Jack about the world and eventually comes up with a plan to escape. What results is a scene filled with as much tension and suspense as you'll find in any action film.

Young Jacob Tremblay is really remarkable to watch. There is not a single moment of his performance that feels phony or amateur. (Get this kid a tiny Oscar, stat!) Ma is a more challenging role, as she's (deservedly) bitter and depressed, and can easily come off as unlikable. But Brie Larson does a good job of making her heartbreaking, tough, and admirable. Ma is a hero, and the best mother she could possibly be. It's just a shame no one in the movie ever really tells her that.

Were these ever Halloween treats? Or were they always tricks? I remember being excited as hell to see that first one; and then I did. And man, did I feel ripped off. Obviously not everyone felt the way I did, as these continued to come a knockin' every October.

This is the sixth entry, and they promise it will be the last. Unless, of course, it's a huge hit. Only YOU can insure that doesn't happen. 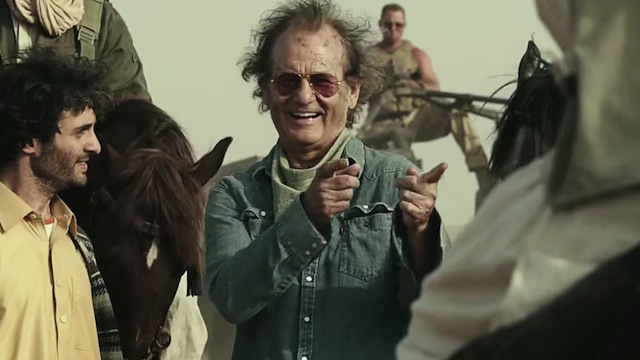 When I first saw the trailer to this Bill Murray comedy directed by Barry Levinson, my immediate reaction was, there's no way this can be any good. Any movie that has this many well known actors making cameos (including Bruce Willis, Kate Hudson, Zooey Deschanel, Danny McBride, Scott Caan, and Kelly Lynch) is doomed. You can be sure the majority of them heard the words "Bill Murray," read their parts of the script — and their parts only — and agreed to make an appearance, having no idea what kind of garbage they had just agreed to appear in — and slightly offensive garbage at that! Murray stars an aging rock manager stranded in Afghanistan who latches on to a local hopeful as she makes her way through a televised singing content. 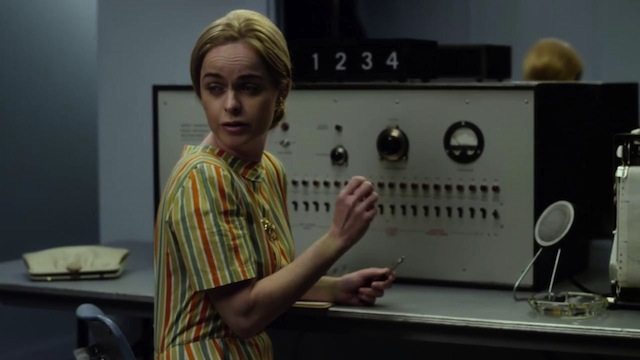 If you ever took a psychology class, you no doubt learned about the "Milgram experiment," in which Yale University professor and psychologist Stanley Milgram tested whether subjects would adhere to the instructions of an authority figure, even if the results of following said instructions went against their own personal conscience, resulting in harm to others. I think marshmallows were also involved.

OK, maybe I'm getting two things confused, but I'm sure this dramatization starring Peter Sarsgaard as Milgram will clear it all up. 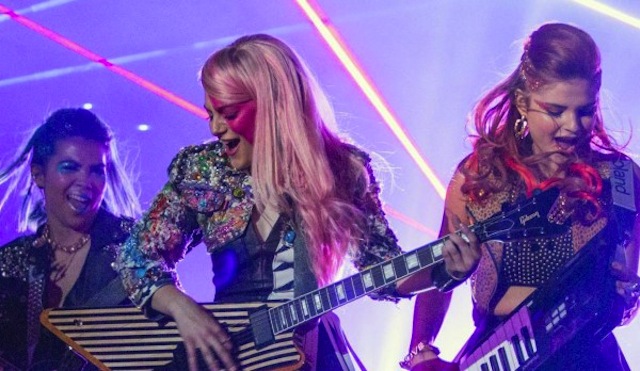 Jem and the Holograms - Everywhere

I was too old for the Jem and the Holograms cartoon, but from what I've seen, I think everyone was. This live action movie version moves the story to present day, although Jem's silly 80's stage make-up remains, and adds a cute Wall-E looking robot, viral YouTube fame, and Juliette Lewis as a ruthless record exec. 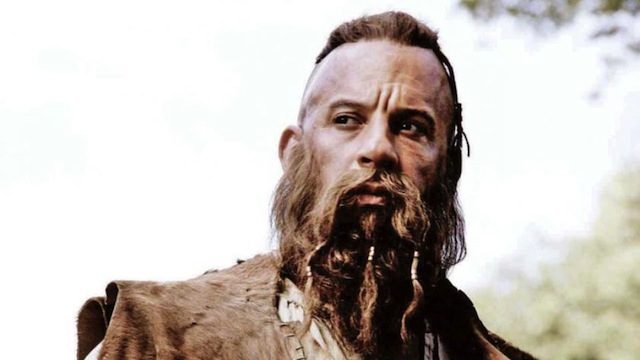 Director and animator Raul Garcia is behind this animation anthology based on five stories by Edgar Allan Poe. And while there's only one director here, each short has a distinctly different animation style, and features some famous voices, including Christopher Lee, Bela Lugosi, Guillermo del Toro, Julian Sands and Roger Corman.

These days even a light misting of rain gets people in the Bay excited — we need any and every bit of precipitation that we can get. So we welcome the news that an

Jay found Ah, Wilderness to be a delight! [SFist] A man barricaded himself in a Bayview residence, then fled, police say. [KRON4] Linux distribution graffiti spotted. [MrEricSir] [SF Magazine] runs down all the