Everyone wants to eat like Anthony Bourdain, the enfant terrible of the food world turned its leading man.

Juhu Beach Club is taking that quite literally, and in anticipation of an upcoming Anthony Bourdain: Parts Unknown Bay Area episode airing this Sunday on CNN at 9 p.m. — a week before it was originally scheduled — they took notes during his recent visit to the celebrated Oakland restaurant, where it sounds like he very much enjoyed Preeti Mistry's Indian street food inspired cuisine. The restaurant is offering a tasting menu for two showcasing everything Bourdain ate there. If you'd like to eat things your way, the regular menu will be available too.

"Eaters chase [Bourdain's] recommendations around the globe," says Mistry. "His visit was a big deal to us, and we're genuinely thrilled to get his stamp of approval." We'll have to wait and see what he thought of the scene in general, as the tag for the show is "Bourdain searches for soul in the Bay Area as the tech boom takes hold." Ominous!

Due to the Sinbad's standoff saga, Bourdain was also spotted in June filming at that spot, which dodged its millionth bullet today — by filing for bankruptcy. Bourdain was also seen at House of Prime Rib and Swan Oyster Depot. He never seems to miss a chance to go there, does he? 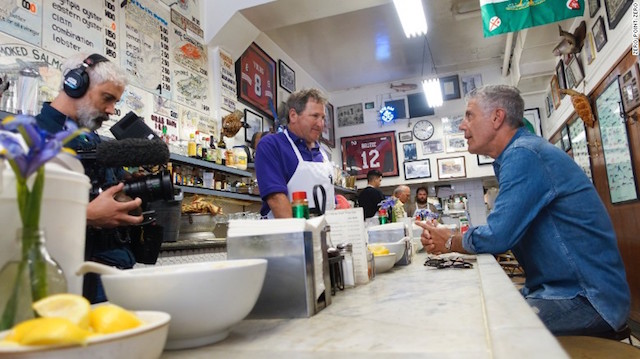 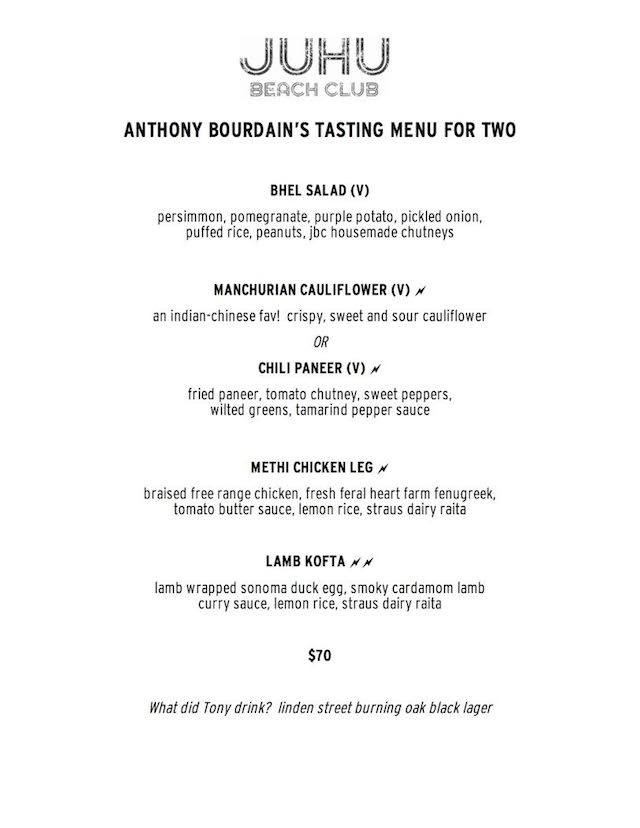 In addition to testing six new reaction buttons that will let you at least show your empathy for a friend who's in the hospital without using a thumbs-up button, Facebook is finally rolling

If there's one thing San Francisco can never be faulted for, it's not having enough places to drink. We may not have the most bars per capita, but we may very well have