Today in San Francisco Superior Court, Julieta Yang, a 45-year-old mother of three from the Philippines filed a lawsuit alleging years of sexual abuse and wage theft as a live-in domestic worker for Airbnb head of global operations Varsha Rao and her husband Cameron Poetzscher, head of corporate development for Uber.

SF Weekly had the story, which, if true, is a damning one, of the complaint of a "sexually hostile work and home environment" and of criminal underpayment.

Yang was hired in Singapore in 2008 by Poetzcher, who hails from Australia, and Rao, who grew up in Massachusetts. The couple, who have two children, met at Harvard Business School and worked in the Bay Area — he at Goldman Sachs and she at Gap, Inc. — until they moved abroad for his work.

According to the complaint, on Yang's first night in the couple's employ, Poetzcher "walked into the kitchen naked and watched [Yang] cook." In 2013, Rao joined Airbnb, and later, Poetzcher left Goldman for Uber, returning the couple to San Francisco and scoring Rao a Marie Claire profile. From that piece:

Though [Rao] describes her extremely productive time in Asia as "a really nice family adventure," Rao, her husband, and her kids (now 11 and 8) returned to San Francisco in 2013. "We loved it there, but we definitely missed home," she says.

According to the suit, the couple invited Yang to move with them to California and offered to triple her wages. However, she claims to have been paid a "fixed weekly rate of $450" while she worked for the family, "regardless of how many hours she worked," until she quit and moved out of their Marina apartment in April of this year. Yang says she worked nine hours a day six days of the week and was not provided meals and rest breaks as legally required. However, Yang claims she was forced to sign disingenuous "employment contracts" that misstated her hours and pay, writing that she worked just 30 hours per week for $12.50 an hour. 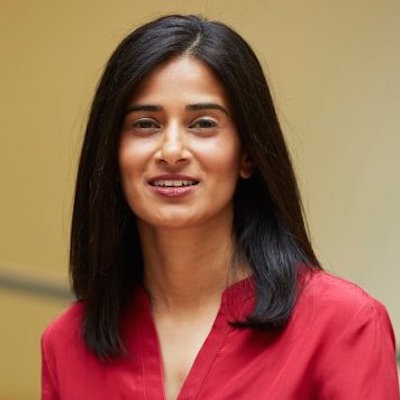 While Rao "traveled frequently for work," Yang alleges that Poetzscher would sexually harass her with his "nudity, comments of a sexual nature, unwanted sexual advances, and unwanted touching." Poetzscher "purposefully bumped into her and rubbed his groin against her," in one alleged incident. In another, "When Plaintiff Yang was cleaning the master bathroom, he would disrobe in the bedroom, forcing Plaintiff Yang to see him naked while she was working or when she tried to leave the room. He would also leave the bathroom door open when he was using the toilet."

Yang says she complained to Poetzscher, who discouraged her from telling Rao "because she would get angry." Poetzscher "apologized, noting that he was not supposed to act in such a way in the United States." Further, when Yang nonetheless confronted Rao, she allegedly "told Plaintiff Yang that she did not have time to talk and that whatever Yang needed would have to be handled by" her husband.

"Domestic workers, who work alone and behind closed doors, are particularly vulnerable to sexual harassment, low pay, and other unfavorable working conditions," said one of Yang's attorneys.

“For many years, I helped raise their children, cooked for them, did their laundry, cleaned their house, and was at their beck and call,” Yang said in a press release. According to Thinkprogress, Yang supports her children who live in the Phillipines from afar. That publication also notes that 52,000 domestic workers in the Bay Area. "90 percent with formal contracts have no overtime provisions," they add, "while a quarter are paid below minimum wage. That leads to severe financial hardship, as over 60 percent said their wages were too low to support their families, while more than 50 percent spend more than half their income on rent and almost a quarter couldn’t afford food to eat in the last month."

Cameron Poetzscher issued a statement Wednesday through a spokesperson, saying:

We are both deeply shocked and saddened by these allegations  which are completely and utterly false. Julieta worked as our nanny for seven years and was an important part of our family, someone both our children loved deeply. Julieta left in April, and we have not heard from her since then. We will make no further comment about this case.”

Lots of people have lots of memories of cheap apartments and cheap burrito dinners in the Mission of the 1990's. And while there have been eras of relative stability in San Francisco when