In a price slash from a previous 2011 listing of $22 million, the 5.5 acre Red Rock Island — the only such privately held land in San Francisco Bay — is on sale for $5 million. SFGate reported on the listing, or rather, the new sale price.

Sitting on the triple-point of three Bay Area counties, the island's rich history may include buried treasure, but probably doesn't, but you could still tell people it might, so that's worth something. In fact, sometimes it's called Treasure Island (confusing) or else Golden Rock.

Also in fun historical tidbits: Russian trappers frequented the island for its otters, and in 1964, Mendel Glickman, Frank Lloyd Wright's son, bought it (for under $50,000) with dreams of building a vacation getaway (and tapping its gas reserves). 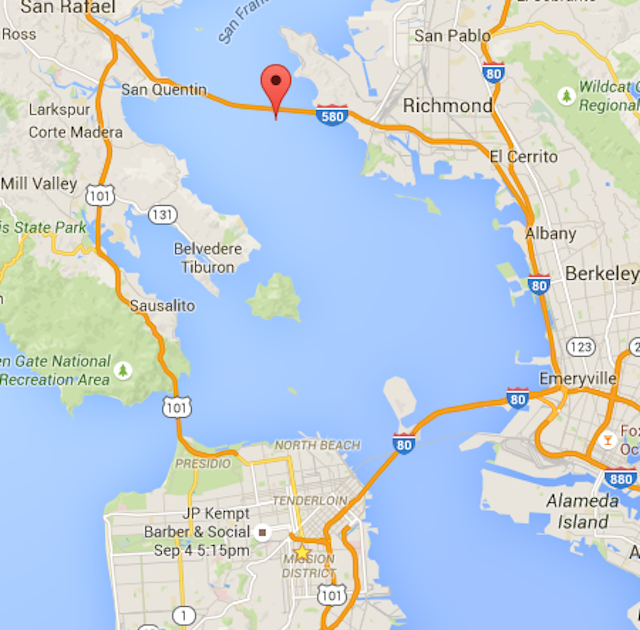 According to a listing: "The island has a myriad of possibilities for tourism development, preservation as a natural sanctuary, mineral extraction site, or just as your highly unique personal retreat. Extensive development details and plans are available on request from interested parties."

But as SFGate notes, development could be triply difficult thanks to Red Rock Island's tri-county designation. And with the price falling so far, maybe we'd better start the bidding a little lower?

—
Sale: One Private Island In The Bay, Any Treasure On It, Just $5 Million
Share this