At SoMa's Local Brewing Co., co-founder and brewmaster Regan Long wanted to share a lesson on N2 versus CO2 in beer. And she wanted to do it in a way you could taste. But this video might say it all.

That's the "Nitro" — the beer is pushed by N02 from the keg, not C02 as usual. That way it comes out smooth, like, say, a Guinness. Or, for the initiated, like your cool-kid cold brew coffee on nitro.

But that's just half the trick of this beer. With a different mouthfeel and smaller bubbles on nitro, you can taste the hops — really the whole beer — differently. So, to add another layer of complexity, Long employed wet hops — fresh picked, not dried and made into pellets — which give off funkier, often unpredictable flavors. She scored these centennials hops from the Clear Lake region, just a couple hours north. 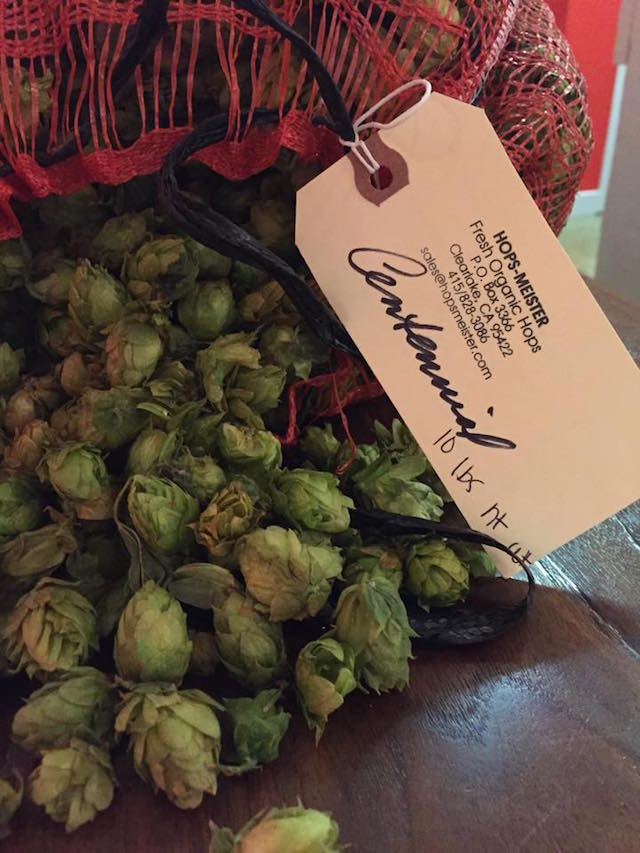 On the CO2 version, with those bigger bubbles the hops burst out. But now you can try each version side by side. Yep, it's a twofer. Starting today, Local Brewing Co. is pouring both.

The SF Bay Area may not hold a candle to New York when it comes to theater offerings, but you may not be aware of the rich array of small local and regional

Even though in my opinion it ought to cost $200,000, the state has thankfully raised the fee for filing a ballot initiative from $200 to $2,000, making it slightly more difficult