The high holy holiday on the San Francisco drag calendar that is Peaches Christ’s Night of 1,000 Showgirls takes on a special significance at Saturday night’s annual screening and party, as the cinematic shingle infection Showgirls celebrates the 20th anniversary of its original theatrical release. SFist spoke with local drag icon and cinematic trash purveyor Peaches Christ and a couple of the other 1,000 showgirls about this groundbreaking, pole-licking, ice-cube-rubbing film that became a cult classic and changed the way we watch midnight movies.

Peaches Christ first screened Showgirls in 1998 as part of her Midnight Mass series at the late, great Bridge Theater. “When I first booked Showgirls at our Midnight Mass event as a midnight movie, people thought I was crazy because it was so new and not the traditional, vintage repertory film that the midnight circuit usually programmed,” Ms. Christ told SFist. “However, there were enough San Franciscans that understood why we were doing it and wanted to see what our ‘FREE lap-dances with every large popcorn’ were all about. To this day, I think it's the film that gets the best, most audible response from a cult movie audience.” 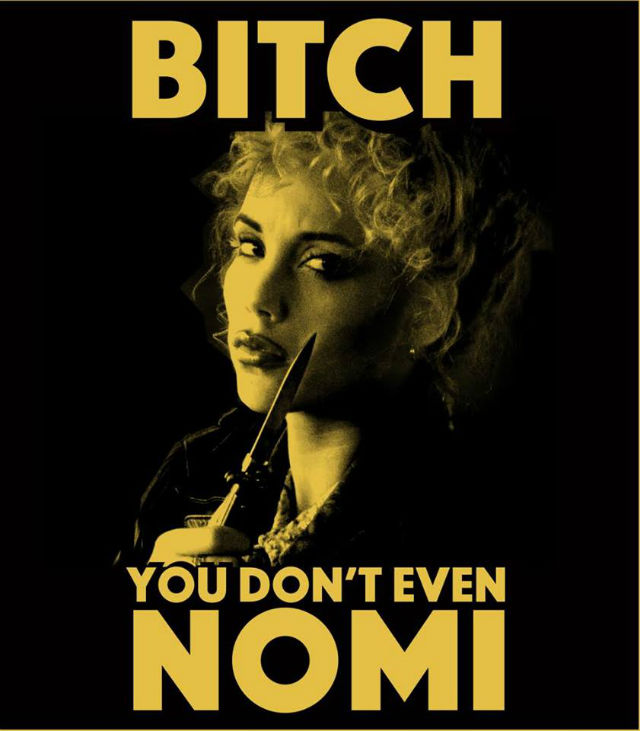 This year’s incarnation of Night of 1,000 Showgirls features the exquisitely bangable Alaska Thunderfuck in the coveted Elizabeth Berkley/Nomi Malone role. They could have brought anyone into this show — Janet Jackson, Paula Abdul but Alaska Thunderfuck is what Nomi Malone and the Showgirls ethic is all about. She joins a litany of legendary queens who’ve emulated Elizabeth Berkley’s sublime train wreck of a performance.

“Berkeley’s performance isn’t awful. In fact, it’s perfect,” counters film critic and author Chris Dumas. “She’s playing someone we’ve all known — someone with severe behavioral problems and no boundaries whatsoever — and she’s surrounded by characters who also have mental issues and no boundaries. I mean, it’s Las Vegas.”

The rigors of landing the Nomi Malone role in a Peaches Christ Showgirls production are laid bare in the 2013 short film The Nomi Auditions, directed by Ms. Christ and presented in its entirety below.

Saturday’s Showgirls revue at The Castro will also feature female go-go dance troupe The Devil-Ettes in it’s pre-show spectacular. “We have been living the Vegas showgirl dream of fancy costumes and putting on makeup in a long line of dressing-room mirrors for over a decade,” gushes Devil-Ettes founder Baby Doe. “The Devil-Ettes are known to have our own brand of sassiness and fierceness but you will not find us being catty to our go-go sisters cause who has time for that? We’d rather spend our time starting tickle fights and eating potato chips.”

We’ll see if Baby Doe still feels that way after some up-and-coming dancer pushes her down a set of stairs.

Showgirls has stood the test of time as a cult classic, and Peaches Christ’s lionization of Paul Verhoeven’s 1995 film has contributed to its enduring appeal. “I really believe it was the perfect collision of an insanely over-the-top and earnest script plus a director pushing actors to give crazy, exaggerated performances meeting a high-budget, completely lush, beautifully shot world of women essentially playing drag queens that makes this movie unlike any other movie made... EVER!”, she tells SFist. “Every year I think, ‘Can we really get away with doing Showgirls again?’ And then we do it and the movie screens and I realize all over again that it is in fact perfect and will never be matched.”

Night of 1,000 Showgirls is this Saturday, August 8 at 8 p.m. at the Castro Theater and will once again feature free lap dances with every purchase of a large popcorn. The official afterparty is Mother at The Oasis featuring performances by Heklina and Becky Motorlodge plus Prince$$ Pandora and the girls of Lusty Lady selling lap dances and t-shirts in the FEZ room.

CNN Money just caught up with 32-year-old Zak Williams, son of the late Robin Williams, who has an MBA from Columbia and who lately has been co-teaching a class Curtis "Wall Street" Carroll,

Somebody in the Inner Richmond has this fairly large house that they wanted to lease for top dollar. The strategy: stuff enough beds in its four bedrooms so that it sleeps 13, and

—
Cult Movie 'Showgirls' Turns 20, Here's How To Celebrate
Share this