As the Oakland Tribune and the Chronicle report, 71-year-old stone-ground masa operation La Borinqueña Mex-icatessen is grinding to a halt at the end of this month. It's a sad goodbye to tamales “made with love and lard” that have been available at the family-run, jail-adjacent business for seven decades.

According to her progeny, Rosa Lopez started the East Bay tamale shop in 1944 — a business they believe to be the oldest continuously operated, family-run Mexican food store in Oakland. But now, say La Borinqueña's owners, it's time to retire.

“Our family extends a huge thank you to our staff and to everyone who has allowed our family business to be a part of everyday meals and milestone events,” reads the restaurant’s website. The family owns the building that houses La Borinqueña and according to some sources are hoping to sell it. 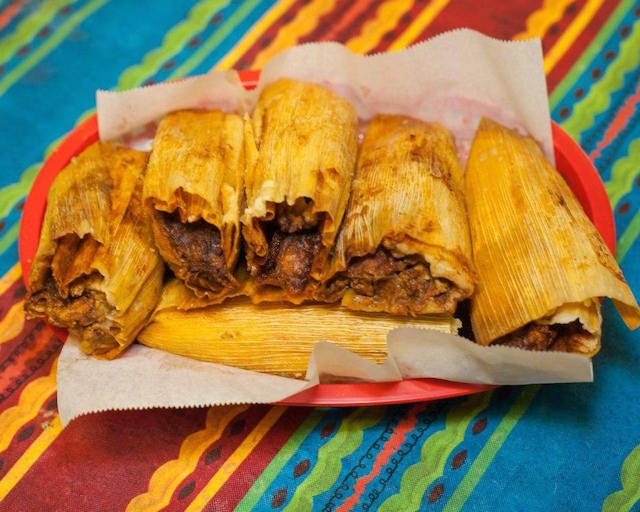 Tina "Tamale" Ramos' co-owns the shop with older sister Isabel Esquivil, who has run the operation for decades. She began working in the shop at the tender age of 6 and is now 65. La Borinqueña's sister restaurant, La Snackeria, has been closed since early last month when their mother became sick and needed care from her daughters.

You can still visit La Borinqueña until the 31st. Remember, it's recommended you call your order in ahead of time. These guys are as popular as ever.

The Wragg Fire near Lake Berryessa, which we talked about last week, remains at 6,591 acres as of early Monday and is 70 percent contained. Further north and east, the Lowell Fire

Over at the UC Botanical Garden in Berkeley, a rare Indonesian "corpse flower" specimen that's been blooming every three to four years began spreading its ghastly bloom on Saturday night, and was available